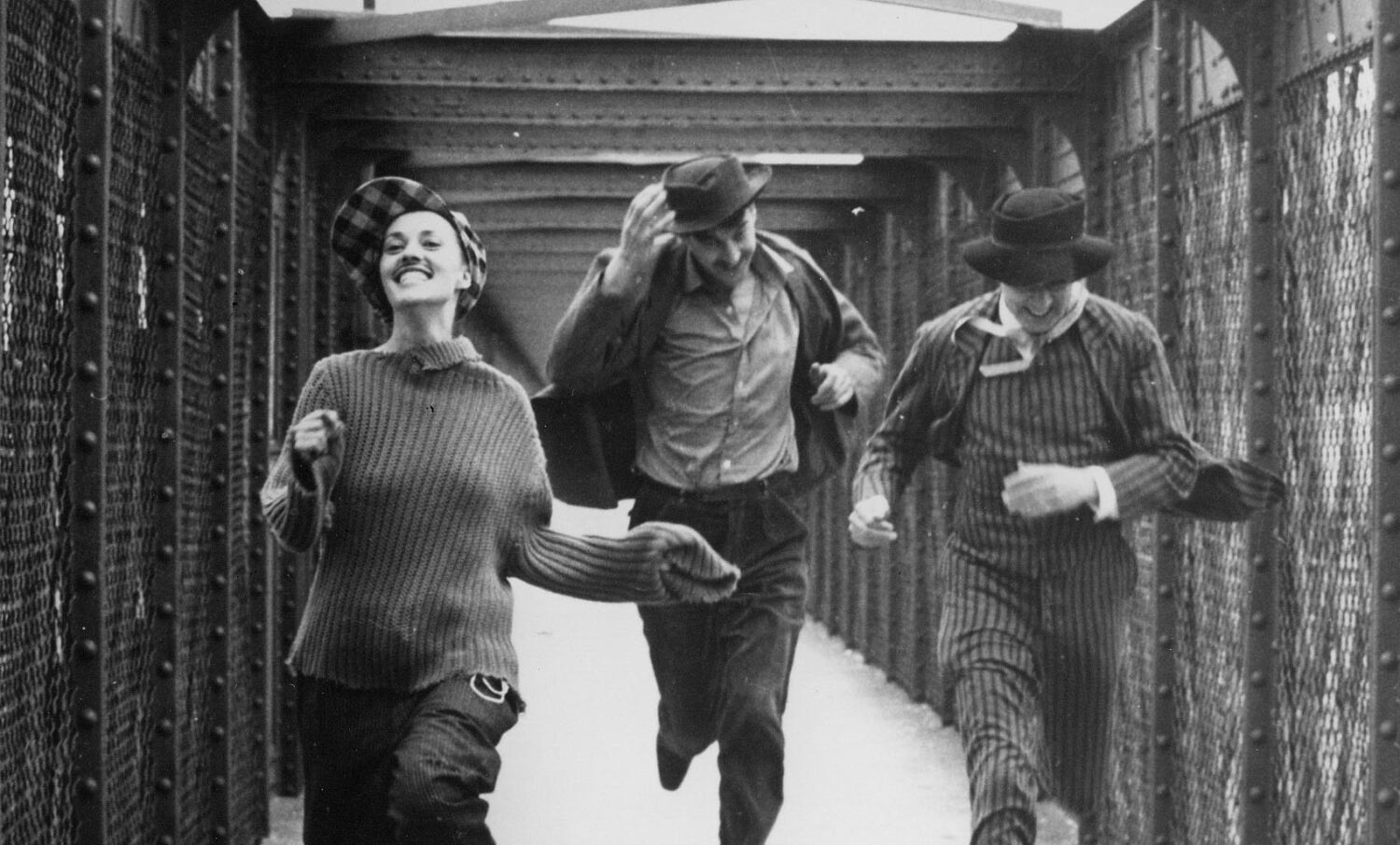 Jules and Jim is timeless Francois Truffaut’s adaptation of Henri-Pierre Roche’s autobiographical novel. Truffaut was overwhelmed with this book and felt moved by it to the point that he decided to make a movie about it if he ever got the chance.

Only six years after that, after constant rereads and memorizations of Roche’s novel, Francois delivered the movie that he wanted to make, and the sixties audience was absolutely thrilled about it. Today, we are going to take a look at this masterpiece and depict this adaptation of the novel. So, without further redo, let us get started.

The story of this movie revolves around two friends and writers, Jules and Jim. Jules is a shy Austrian bystander that masks his aggressive nature with passivity. He has a rough time communicating and connecting with the girls, but his friend Jim is the complete opposite of that.

When we first see this pair of friends, they are living bohemian-style life, mostly talking about writing and women. For all the love for books they have, they truly come to life after meeting desirable and rebellious Catherine. She marries Jules, but he proves to be too dull to keep her, and soon enough becomes Jim’s lover, who refuses to subject himself to her will.

Even though the film is named after Jules and Jim, the story’s main driving force is Catherine, a person that is forever changing in so many ways character-wise. She is passionate and free-spirited, which separates her significantly from the rest of the characters.

As much as Jules and Jim put their energy into art, Catherine channels it into life and freedoms that women were so often denied at that period of time and dresses herself in the clothing of masculinity.

For most of the time, she seems grandiose, giddy, and tragic at the same time, and over the course of the story, she becomes one of the most triumphant characterizations. At one point in the movie, when Jim says he understands her, she replies she does not want to be understood, which is absolutely true, given her character and attitude.

The movie lives in trembling distance between Catherine’s physicality and Jule’s and Jim’s ever-changing perceptions of her. These perceptions often rearrange but never destroy their relationships.

Jules and Jim is a movie that flies by very fast and feels like a dream, with the story charged with a sense of life’s temporariness. As the characters grow over time, both wiser and older, we get a sense of just how much has been lost – love, innocence, and bohemian past, all to the claws of Nazism. As famous critic Andrew Sarris wrote, Jules and Jim celebrate the sweet pain of the impossible and the magnificent failure of an ideal. 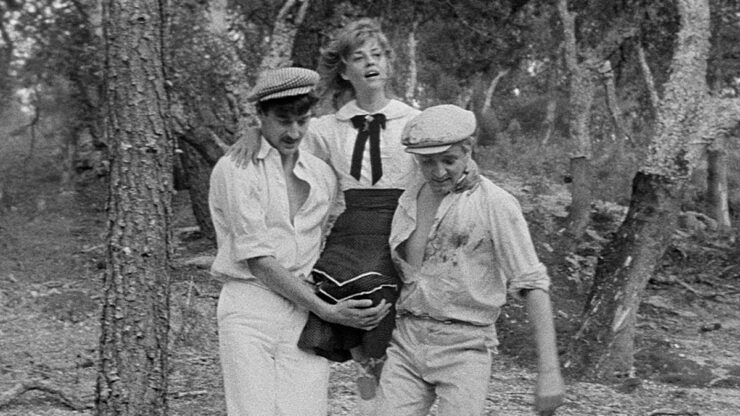 Right from the get-go, the movie was treated as a huge success and a huge triumph for Truffaut since he received numerous praises from his personal heroes such as Jean Cocteau and Jean Renoir. After a while, he also received a letter from Helen Hessel, who was a real-life model for Catherine, saying that he captured the essence of intimate emotions.

However, all those praises that the movie received did not stop the French Commission of Film Control from forbidding viewers under the age of eighteen from seeing Jules and Jim as it had “immoral character,” and it was the decision that was replicated by numerous other countries. From today’s standpoint, this decision seems incredible, but this was 1962, and censors were not ready for this type of cinema just yet.

Truffaut was actually pretty shocked by this ban, and he decided to grasp for the nearest straw and talked with the president of the commission, Henry de Segogne. Henry explained that the board might reconsider if he could get approvals and statements from celebrities. Truffaut decided to invest all of his energy in doing just that and contacted Cocteau, Renoir, and Alain Resnais, asking for their support.

Sadly, despite the backing the movie got after Truffaut’s effort, the commission refused to change its decision regarding this supposedly immoral movie that was many years later shown in high school classes around the globe.

Truffaut’s nimble and fluid movement with the camera over time changed the way many Hollywood movies were shot and gave a new perspective on how narrative can look. Also, the use of the narrator in the movies became one of Truffaut’s go-to techniques.

It was a subtle way of showing the audience that the story is over and that its ending is known before it begins, which is something that many directors and writers replicate in modern-era movies. 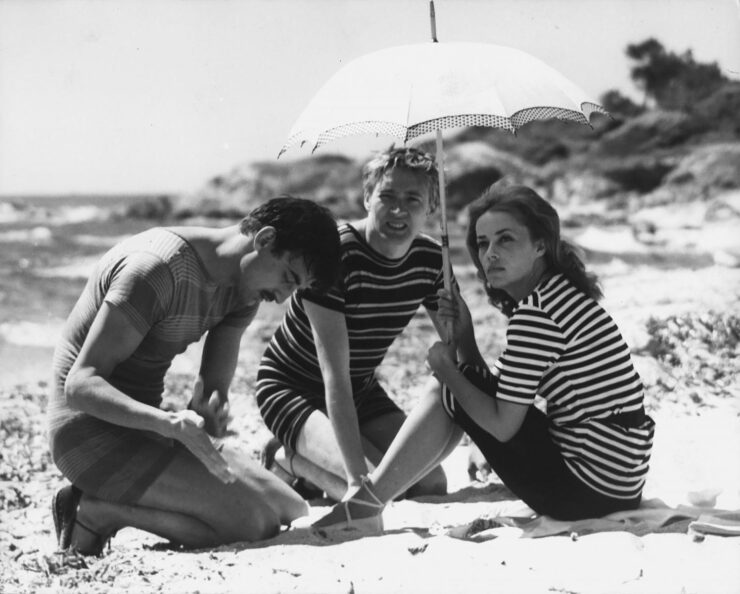 He used brief freeze-frames that were very tough to notice at times, which was also one of his signature filming techniques as well. As far as the story of the movie goes, there were many speculations on what it represents and arguments about its potential hidden messages.

The common opinion is that this is the story of a friendship and an anti-war fable. The strongest character in the movie seems to be Catherine, and she poses as a symbol of everything these friends have in common. For the main trio, Truffaut decided to choose a cast with misleading facial expressions and engaging emotions that were on a similar level.

As Catherine, he decided to cast Jeanne Moreau, who was able to deliver an excellent acting performance for this complex character and played her perfectly. Catherine is often sweet but demanding, very cheerful but constantly requires some assurance. By the end of the story, her jealous and turbulent reactions result in madness and tragedy.

Henri Serre does an excellent job of bringing Jim’s character to life. He performs very well in his delivery and displays Jim’s character growth and experience gained in his attempts to navigate his feelings for Catherine and her specific behavior. Oskar Werner as Jules does not stand out too much and brings a softer and more introverted side to the movie.

The movie does an excellent job of displaying a Bohemian dream. It delivers an interesting angle on human relationships, war, art, and dreams. The movie follows eccentric young Parisians who get dragged down by adulthood and other complications, which is something that audience members can often relate to.

This timeless cinematography masterpiece was filmed and erratically edited, making it a movie that many generations will remember and keep on watching. Sixty years later, Jules and Jim remain one of the defining works of the French New Wave, and if you did not have a chance to see it yet, it might be the right time to do so.