Posted by lisathatcher on February 13, 2020 in Theatre | Leave a comment

5 February to 7 March. You can grab your tickets here.

It’s difficult to know what to do with all the rage we on the left are experiencing at the moment. Topher Payne offers us up Angry Fags which has been successfully repurposed (rather than rewritten) for the Trump era. In Angry Fags hate crime combines with political frustration to forge an outpouring of violence that feels like the right thing to do with all this pent-up anger. Topher Payne takes this to its natural conclusion and examines what the result of physical rage imposed on our enemies is likely to achieve. But his point and his play remain accessible because we have so much sympathy for the characters Bennett Riggs (Brynn Antony) and Cooper Harlow (Lachie Pringle) and their understandable fury when basic human rights are withheld because of their sexual preference.

This empathy Topher Payne and the director of this production Mark Nagle solicit comes through the two main characters and a light comic touch that feels relaxed and enjoyable. Angry Fags is particularly interesting because it runs alternate narratives along gender lines. Women work to fight through the political system and the men transmute to taking advantage of opportunities that lead to violent action. Topher Payne even goes as far as to claim it was Hillary Clinton’s choice to remain with her husband that cost her the election. The inference is that the long game won’t necessarily work. For Bennett, when he loses faith in the long game, a devastating moral crossroads opens up before him. Power then becomes about seizing opportunities and using any means necessary to capture them. At least, for men it does.

However, part of what makes Mark Nagle’s interpretation of Angry Fags so successful is an appeal to the connective warmth of frustration at collective rage, rather than any sort of philosophical examination. This production is light (despite the intense subject matter) and plays heavily into a shared leftist experience of frustration as we all deal with loud mouthed (and hard fisted) antagonists. We know that every act of aggression calls forth a counter aggressive act in our enemies and we understand scholars like Hannah Arendt who preach against reactionary behavior. But the constant attacks burn, and no one knows this more than the LGBTQIA community. Mark Nagles’s directorial style here plays more into a sense of solidarity and unifies along ideological lines.

In this goal Mark Nagle is particularly successful. We’re all wary of 2020 and the spillover emoting that could reach Australia as a result of the American presidential campaign. It’s a depressing prospect, but Mark Nagle offers us a kind of warm-hearted meeting point where we gather and laugh at a ‘what-if’ scenario that shouldn’t give us ‘warm fuzzies’ but does.

A charming little side note to the action on the stage is the charaterisation of journalist Deirdre Preston (an excellent Emily Weare in fine form) as a pursuer of political energy regardless of message. It’s a tidy little commentary on the dependence of journalists and influencers on their readership. Longevity becomes an important issue in Angry Fags. At every turn, including the original act of violence that sets all the actions in motion, physical violence is posited against internal rage and ironically the race for who lives the longest in the public’s mind becomes the very race that increases the body count. 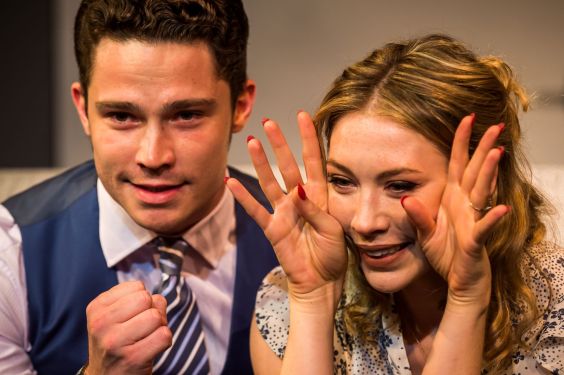 Mark Nagle’s skill really comes to the fore in the way he is able to pull together a series of fine performances that endear us to the characters and the writer. Lachie Pringle is the standout as Cooper and Brynn Antony is convincing as the naive forgiving Bennett. Meg Shooter is entirely recognizable as the Democrat Senator Allison Haines (we see all the politicians upon whom we lay our faith in this performance) and Monique Kalmar is a well-wrought smarmy political rival in the role of Peggy Musgrove. Phoebe Fuller is a remarkably compelling Kimberly for whom we end up experiencing surprising and strong empathy. Country boy Adam (Tom Wilson) is suitably startling in his role that properly and fully rounds out the cast and the story. The performances are all on point and pulled tougher with skill and wit by Mark Nagle who develops a sense of connection that allows us to sit back and relax and enjoy the easier side of a play that can occur as very dark.

On a neat set that transitions well, Angry Fags evolves into one of those ‘what if’ plays whose primary strength emanates from a shared experience the audience have in common with the writer and with each other. Angry Fags is a perfect compliment to the anxiety we are all experiencing as we move with trepidation into this most political year, hot on the heels of our own smarting over our own electoral loss last year. It’s one for the hopeless lefties, those of us who feel the endless weight of frustration as the arguments feel more futile and the world just keeps on burning.

Angry Fags may not hold any answers for us, but it will make you feel loved and understood for at least a little while. 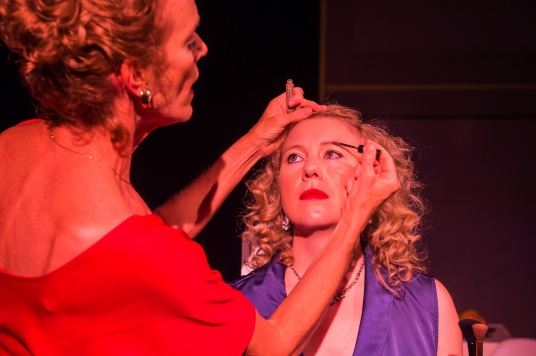