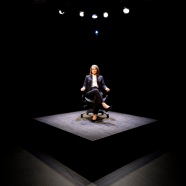 Posted by lisathatcher on May 23, 2019 in Theatre | Leave a comment 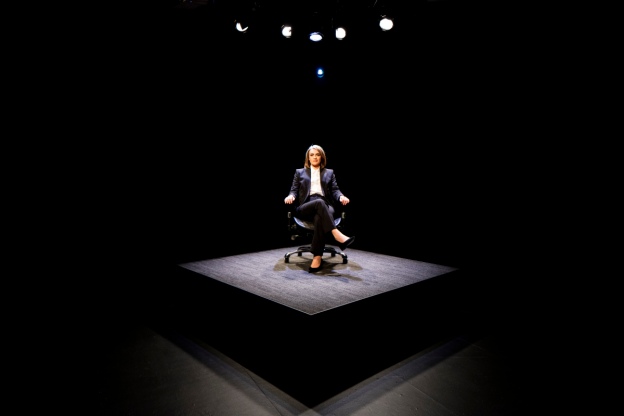 In 1978 Michel Foucault famously stated “Where there is power there is resistance”[1] It can therefore logically be argued that any form of resistance indicates the presence of power. However, social science does preoccupy itself with exploring forms of power rather than resistance. In other words, we familiarize ourselves with examining and identifying different modes of power but not resistance to that power. This becomes particularly important when examining the behaviors of the raped woman. In a 2011 study[2] it was discovered that women report sexual assault to the police for three reasons: first because they believe it is a crime, second out of a sense of civic duty and third to protect other women and girls from the crime and or the criminal. This happens despite an overwhelming understanding that they will not be successful in a court of law. Women who report these crimes to the police do not necessarily avoid the retribution, family rejection and emotional hardship other survivors fear on a daily basis, which can cause most women to remain silent. Also, there may be legal costs involved when they speak up. However, despite this hardship, women speak up and become self-aware as a responsibility to the community and other women. Almost universally the women are cognizant, as is playwright Suzy Miller’s protagonist, they will not be respected by a misogynistic legal system, but they speak up as a form of protest, protection for other women and use of the only possible means of resistance at their disposal.

In Prima Facie, Suzy Miller’s excellent play currently showing at The Griffin Theatre, these issues are brought powerfully to the fore. Depicted in her protagonist Tess (superbly performed by Sheridan Harbridge) Suzy Miller’s post #MeToo piece gives us the opportunity to see an ‘everyday resistance’ that women exhibit that undermines power. If it is taken as evidence of compliance that a woman goes into herself and doesn’t fight back when she is in the throes of a violent rape, what does it say about her if she is willing to walk into a courtroom filled with antagonists whom she knows are incapable of hearing her with respect, then declaratively tell the story of her violent sexual assault? The woman is therefore compliant when she does nothing and manipulative and conniving when she does. Everyday resistance is not easily recognized like public and collective resistance (although women provide plenty of that too) but it is typically hidden or individual based and not politically articulated. The powerhouse crises at the center of the play is Tess’ movement to witness and her ability to ‘see’ witnessing as a form of resistance. This resistance is heterogenic and contingent due to changing contexts and situations. As Tess transforms into her realization, we the audience move with her and develop an understanding that this form of resistance, due to its entanglement with and intersectional relation to power, is discursively articulated by actors, targets and observers. Every now and then we see this as resistance, but mostly not. 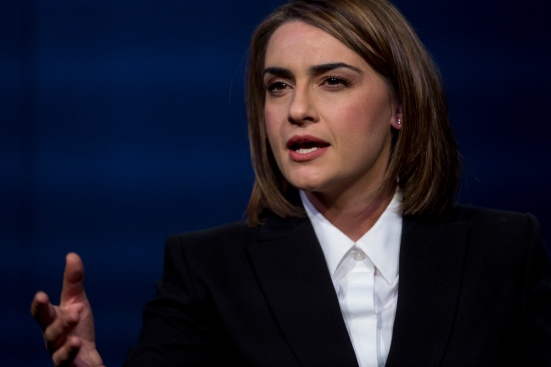 It is inside this idea that Suzy Miller’s play particularly works and therefore stands separate from other plays that speak to the nature of sexual assault and resistance. In effect, Suzy Miller uses the law against itself by forcing us to bare official witness to its own inability to question power. When Tess’s lecturer stands before her class and says “forget your intuition and your instinct” he inevitably gives permission, not for the absence of such, but for the claim “intuition and instinct” are absent when they are used. The power of Suzy Millers text lies in her ability to fold the law back on itself and demystify process by clarifying systemic blindness.

This production of Prima Facie is an intelligent, sophisticated contribution to the complex conversation around how we resolve the deep conflict between the victim of sexual assault and the law. Written by a lawyer turned playwright, the play’s power lies not so much in its recognition of the assaulted individual as much as it does in its searing recognition of how the law works in matters of sexual assault. Feminists have worried about what we do with a legal system that hates sexual assault witnesses post #MeToo. Suzy Miller answers this question with great power and credits the #MeToo movement with developing a platform upon which Prima Facie can be built. 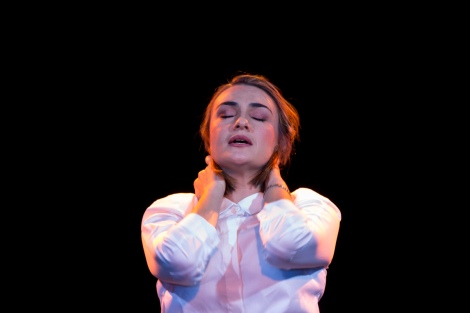 A brilliant play needs a brilliant performer, and Suzy Miller has been gifted such in Sheridan Harbridge. In a superb performance where one hangs upon her every word, Sheridan Harbridge manages to transform herself from self-confident neophyte, to worldly wise woman in the space of just over an hour. Directed by Lee Lewis, Sheridan Harbridge delivers Prima Facie as the enormity it was intended to be and beyond. Lee Lewis calls forth a stunning performance from her actor here, properly laying the groundwork for all the nuances of the play to shine through with a potent and powerful clarity.

Prima Facie is a stunning play, and easily one of the best things I have seen by the Griffin Theatre Company. A small warning: this is difficult subject matter for some, but it does carry catharsis. For those triggered by conversations about rape and sexual assault, Prima Facie offers a sense of solidarity and strength inside the tough subject matter. It is worth attending. For those of us who can handle this subject matter, this is a must-see production.

[1]  Michel Foucault, The History of Sexuality, Volume 1: An Introduction

[2] Feminist Criminology. The “Symbolic Protest” behind women’s reporting of sexual assault crime to the police. S.Taylor and C.Norma.