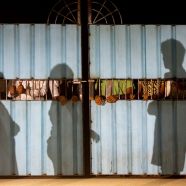 Counting and Cracking – The start of a new conversation (Theatre Review)

Posted by lisathatcher on January 21, 2019 in Theatre | Leave a comment 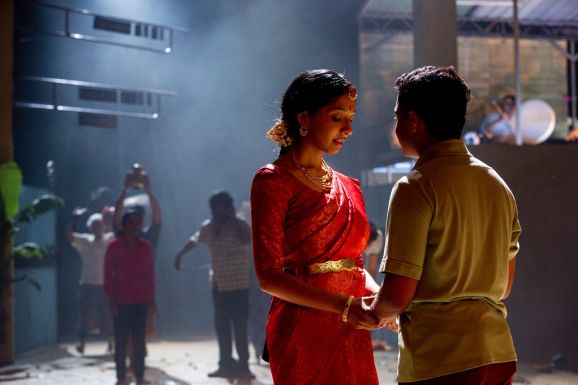 Part of The Festival of Sydney, 11 January to 2 February.

You can check tickets for Sydney here, and Adelaide here.

This statement becomes a mantra for Counting and Cracking, an epic piece of theatre and a collaborative success story between Belvoir and CoCurious Productions. Years in the making, developed across time and language and with a 19-strong ensemble that includes international artists, Counting and Cracking is a monumental effort that exemplifies non-violent resolution through speech. Audience members treated to multiple languages interpreted from the side of the stage see, hear and feel the power of language in relating. In a stunning (and terrifying) re-enactment of the July 1983 anti-Tamil riots in Colombo the audience witness an “as if first hand” connection to violence used for resolution.

In 1921 Walter Benjamin (who committed suicide as a refugee running from the Nazi’s) posed the question “Is any non-violent resolution of conflict possible?” His answer in Critique of Violence[1] claimed such non-violent resolution of conflict is possible in what he calls “relationships among private persons.” It is inside courtesy, sympathy and trust and the sphere of human relation that evokes understanding inside language. Or as Apah would say, “Two languages, one country.” 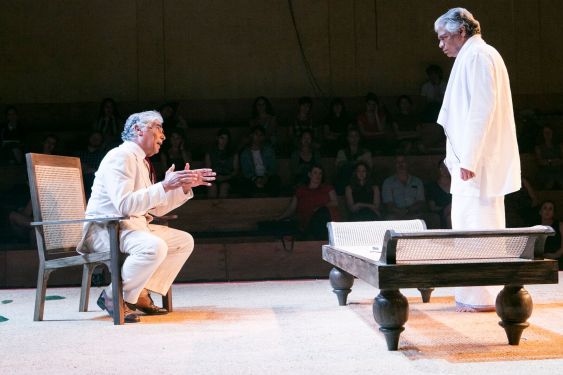 However, Counting and Cracking does not play itself out in a philosophical vacuum. If the anti-Tamil Pogrom can be resolved by accepting the multiplicity of language, it also suggests the cause of the anti-Tamil Pogrom is language. Apah asks how the rioters know the difference between a Tamil and a Sinhalese. The answer is of course, language. The Sinhalese rioter reacts to stories and information given and eventually can’t distinguish between real Tamils and their image. This narrative over determines experience to such a degree that even Tamils see themselves the way the Sinhalese portray them.

Every protest therefore is not a simple reality being protested but an experience of their real predicament. As Wittgenstein put it, the limits of my language are the limits of my world.[2] Not only do we all live in the prison of language, we also dwell in a torture-house of language, as in the long physical torture of Thirru (Antonythasan Jesuthasan) in prison or the long emotional torture of pregnant Radha (Nadie Kammallaweera) who flees alone with her parents’ ashes to another country. Who is the refugee but a subject under language and a bearer of the violence inherent in language? As Elfride Jelinek stated, “language should be tortured to tell the truth.” Surely the most perfect manifestation of this torture is poetry which can be used to manifest an essence that is only defined around the edges of meaning? Is it not true that a focus on meaning is where misunderstanding becomes violent? Where is, or what is, the language of agency and relation? 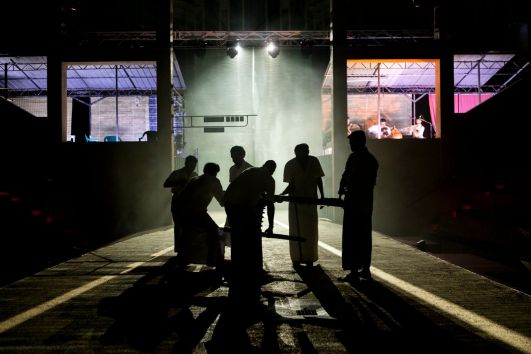 For Apah, Radha (Vaishnavi Suryaprakash as the young Radha) Thirru (Jay Emmanuel as the young Thirru) and through them writer Shakthi Shakthidharan there is a language that exists outside violence, but it is not where Walter Benjamin seeks to find it. While they seek the language of “peaceful communication among subjects,” they place their hope and refuge in mathematics, the joyful studies of multiplicities. It is the language of mathematics that causes love between Thirru and Radha and forms the basis of a potent political theory espoused by Apah. Exemplified in the title Counting and Cracking, mathematics is the force that dispels the violence caused by language.

Belvoir together with CoCurious bring the complexities of these questions to the stage in an immaculate force that uses intimacy to reconstruct several worlds. The Sydney Town Hall is not a venue that inspires this connection, but with food from Dish, Dining and Events, alternate modes of communication seek to forge communion among strangers where narrative might dictate otherwise. We gather and we eat, we share and connect. Dale Ferguson’s set bleeds into the outer sections of the hall and serves as a make shift waiting post between acts and a welcome spot to enjoy food and drinks. Outstanding is the music of Kiran Mudigonda and Janakan Raj in its ability to evoke tendrils of familiarity that further reach out to connect the audience. We connect first with the production and then with each other. 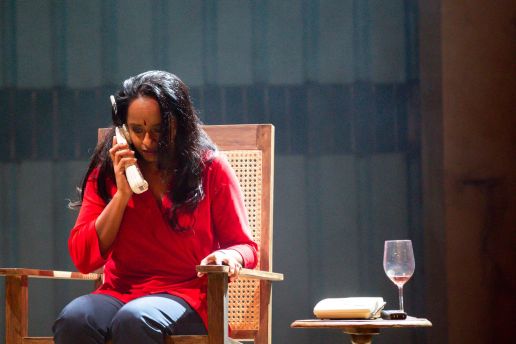 Although so much attention to detail (mostly from cultural advisor Anandavalli) calls forth the multiplicities required for inwardness to occur, Counting and Cracking is still a piece of theatre that requires the usual tropes to contain its length and keep the large audience entertained. The spatial gaps created by the move to The Sydney Town Hall (away from the safety of the Belvoir stage) are well accounted for in the lighting work of Damien Cooper and the sound work of Stefan Gregory assisted by Jessica Dunn. The complexities of intimate hearing are given greater challenges when amplification is necessary, but regularly spaced speakers and wireless mikes manage to evoke familial warmth in the large room. Together with running water, the sandy stage (a slip n’ slide scene is delightful) and strong attention to a detail that signifies minimalism, Counting and Cracking becomes as much a journey to another land as it is a time machine of sorts.

In all, the scope, ambition and flair of Counting and Cracking speak to the potency of Eamon Flack’s directorial abilities and the production capabilities of Belvoir and CoCurious. Production values are rarely on display in such capacity as they are in Counting and Cracking. From the seamless introduction at ticket collection to the easy supply of food, no detail is considered too small in this adherence to the whole. Nothing detracts from the function of the play’s dynamism. Counting and Cracking is more than one of the best plays of 2019. It is the start of a new conversation. 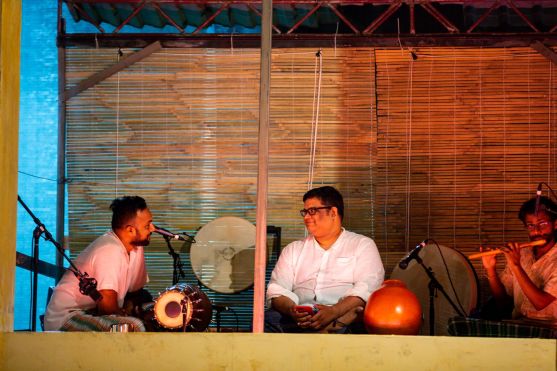 [2] Many of the ideas around language in this review came from the paper Language, Violence and Non-violence by Slavoj Zizek. Some phrasing is used also. Please see his paper here. It’s an excellent read. 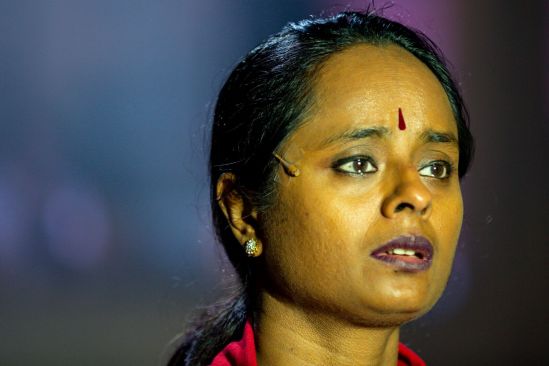