Home » Theatre » Nosferatu: A Fractured Symphony – Standing on the shoulders of our Vampires. (Theatre Review)

Nosferatu: A Fractured Symphony – Standing on the shoulders of our Vampires. (Theatre Review)

Posted by lisathatcher on January 11, 2019 in Theatre | Leave a comment

Montague Basement at The Old 505 Theatre

Find out more about the production here.

Hearing the speeches that ring from your house,

But whoever sees you, reaches for his knife.” Bertolt Brecht

Indie theatres glory lives in that that delicious moment when you sense something important is happening and one last step remains for assertion. Assimilating with this strange space, upon a spectrum with steps infinitesimal, Montague Basement develops the smallest footprint to reveal it as an amplitude. The task of occupying and rallying this spectrum falls to independent theatre, which is at its best when revealing context. Theatre and art lie beyond entertainment, a conceit to which all the great works unloved or misunderstood in a maker’s lifetime bare witness. In the indie context, theatre is an attempt to say the unsayable, to think about what it is to be human beyond constant thoughtlessness. It is a defence and protection against the daily discourse. The great fortune of Sydney siders includes the efforts of Montague Basement to occupy and amplify the space described by Kandinsky as causing vibrations in the soul.[1] Emerging artists are nourished in their capable arms in an all too often overlooked step in the evolution of the artistic voice. 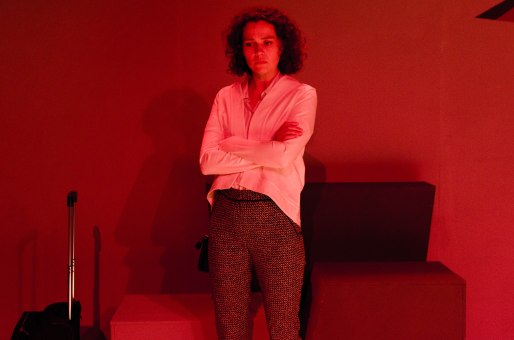 In Volume one of Capital, towards the end, Marx applies one of his strongest dramatic and rhetorical devices: “If money comes into the world with a congenital blood-stain on one cheek,” he says, then “capital comes dripping from head to toe, from every pore, with blood and dirt.”[2] The novel Dracula fell from the pen of Bram Stoker thirty years later, but for Montague Basement it is the illicit adaptation, Nosferatu by F. W. Murnau that excites recognition for a contemporary Australian audience. Since their iconic production of Hamlet in 2015, Montague Basement have employed a detailed analysis of the crux throbbing at the intersection of theatre and film. Informed and stimulated by this undertaking the team engineered the provocation of devising a work using nothing but the title cards from the silent film. The iconic image of The Vampire, used in social theory as a determinant metaphor for so many ideologies from Capitalism to Feminism presents an opportunity to extend the borders of the play. In a work that never purports to preach, Nosferatu becomes what it claims to be: A Fractured Symphony. A symphony of what, is left to the witness with a full understanding of the various uses of horror within cultural conversation.

The influence of Soviet Montage Theory gives director Saro Lusty-Cavallari amplitude to explore various facets of atrociousness that find a natural home in white culture. Often referred to as “Horror” the fusion social and political theories find within this genre are best exemplified in the quote from Bertolt Brecht above. Within this context, a series of vignettes, based on the Murnau film pulse from a Dadaist triangular screen above. The audience finds scope to realise our longing for significance and our unacknowledged dependance upon it. Reliance on this effect finds its zenith in an introductory monologue by Jeremy Campese composed of phrases voiced by cultures capitalist monsters like Gordon Gekko and Mr Burns. Jeremy Campese performs the titular character with a striking magnetism enjoying the many opportunities the vignettes afford. 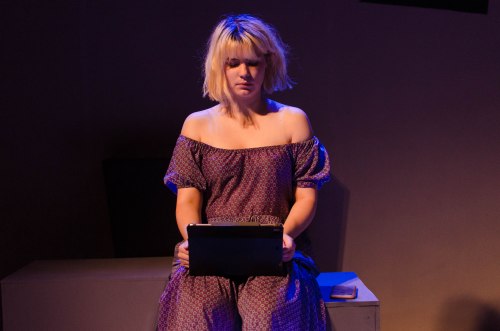 Around Jeremy Campese’s Nosferatu, float performers Lulu Howes, Lucy Burke and Annie Stafford. Each of the three women embody Hannah Arendt’s criticisms of Eichmann[3] exemplifying the inability to think for oneself in the constant use of “stock phrases and self-invented clichés.” Montague Basement call this forth in an introductory segment between Jonathan Harker (Lulu Howes) and Mina Harker (presented as lesbians in a cute queer twist) establishing them as ‘joiners.’ According to Arendt a ‘joiner’ is one who joined causes and organisations to better define themselves. Another segment delightfully performed by Annie Stafford and Lucy Burke as two older gossip obsessed women, uses cliché to voice an opinion about The British Royal Family. This firms up connections between demeanour of the laity under emergent Nazism and numbed television watchers of today. While the times of Donald Trump might be analogous, the point is never laboured and we the audience are left to examine what sort of human we are being today.

Vibrant lighting design by Veronique Benett and evocative sound composition by Justin Gardam establish tensions between old and new audiovisual cultures and allow for analysis of our experience of live theatre and mediated cinema. On Victor Kalka’s stage, this intersection is further enhanced. Sound is particularly strong and forges a bond between audience and performance that emphasises presentness. 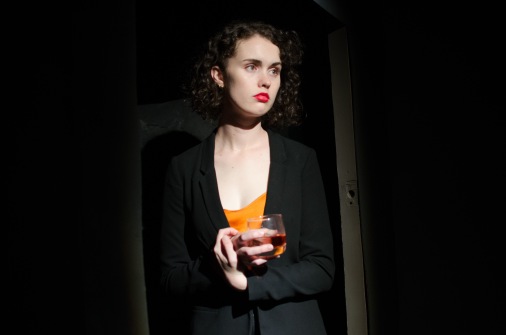 With Nosferatu: A Fractured Symphony, Montague Basement successfully examine the effect of cultural conversation on all aspects of society. F. W. Murnau’s film and Bram Stoker‘s book provide a necessary framework for Saro Lusty-Cavallari’s experimentation. From inside narrative, he probe’s a variety of networked vignettes that form a montage of experiences both foreign and familiar. While the narrative provides a framework, the director leans on The Vampire as a known metaphor. This angle allows our Kantian reasoning to run amok and force us to question any categorical imperative. Despite all this artistic depth, Montage Basement never lose sight of their sense of humour, incorporating comedy and pace so we are entertained by that which is good for us. Nosferatu: A Fractured Symphony is the culmination of a hard-won creative period for Montage Basement and heralds a significant step in their development as an important Sydney based theatre company.

[1]  “Colour is the keyboard, the eyes are the harmonies, the soul is the piano with many strings. The artist is the hand that plays, touching one key or another, to cause vibrations in the soul.” Wassily Kandinsky

[3] Eichmann in Jerusalem: A Report on the Banality of Evil is a book by Hannah Arendt.