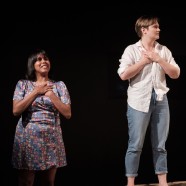 Posted by lisathatcher on October 25, 2018 in Theatre | Leave a comment 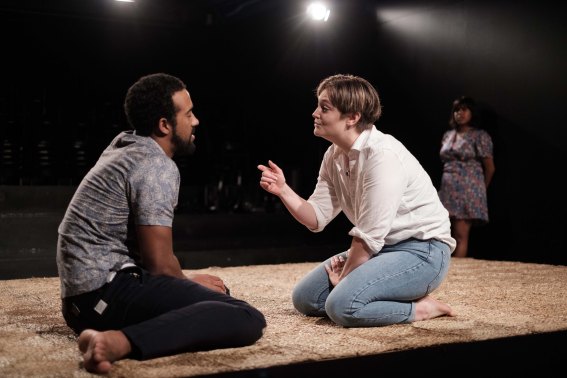 The Anchor theatre compaby, and bAKEHOUSE at KXT.

October 19 – November 4. You can grab your tickets here.

Playwright Laura Lethlean is a restive thinker with a keen ear for contradictions and obfuscations in language that speak to the failures between communication intention and experience. In pared down multiple sequences, she is drawn to the flaws in her characters, using a gentle exposure to include the daily dramas of love in what constitutes memory and therefore way a human might define themselves in their constructed future. She pulls at the loose ends and watches them unwravel, yet the audience is never left without encouragement and the compensation of perspective. An addendum to this gentle narrative trajectory is a subtle alternation of the sense of time. While action transpires over the course of a summer, ever-present is the sense of impact, via the psyche, on a young person’s projection into a future always being formed. As the audience settles into the flow of Laura Lethlean’s thought, the experience of the present moment is subtly and progressively extended by a seamless connection with historical time at the start and future time toward the end. This phenomenon is a consequence of Laura Lethlean’s attention to the small details that make experience occur, but equally Jessica Arthur’s ability to move characters around invisible events and objects that are already always part of memory experience. It is clear, that for the three women pulsing at the heart of The Anchor, Two Hearts is a work in progress that will never be complete, just as we will never grasp the ephemeral story of love no matter how many times we tell it. 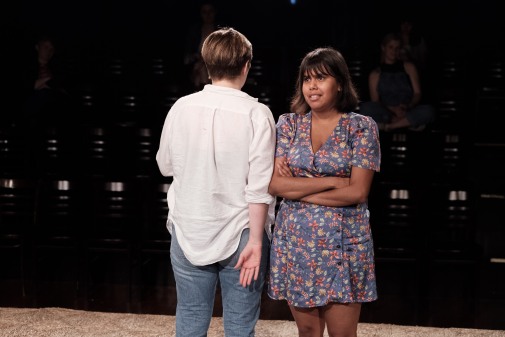 For Laura Lethlean (and through her Jessica Arthur) a kind of anti-event occurs when memory is used to construct a future. While The Event (as in the Alain Badiou version of The Event) is a deliberate break from the past that plunges us into an inconceivable future, the absence of The Event is the creation of history through narrative memory. Creation privileges a present tense informed by past memory. This expansion of present tense can be pleasurable but it is inevitably paralleled by a certain contraction of confidence. History situates these lovers and their observer amid a welter of contradictory truths, many broached via the assurance of a revealed truth. Our history is peppered with distinctive certitude organized by memory that appears as true as what is before us. Authority comes from a reason bound to observation and subject to whatever constraints emerge via communication. It is in the talking about our ephemeral (but great) love affairs that our very real modern self is formed. When Jessica Arthur directs Laura Lethlean’s characters around an objectless stage, she is building a future real we the audience can see in its absence on the stage. 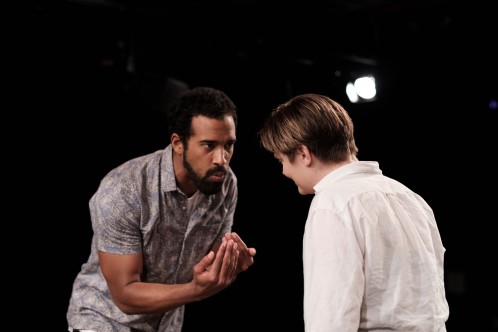 Laura Lethlean is a young playwright but she is wise enough to write close to her experience. Judgements she tries to eliminate occur without her realization. However, this inescapable circulatory nature of perception and preconception is organized by the orienting interests and beliefs we bring to the task of observation. Laura Lethlean fortunately is not deterred by this naivete and holds out for her own truth that corresponds to her reality.  Events do not always transpire as she suggests; love does not always collapse, abortions are not always terrible, nihilism is not always inevitable in the absence of God. Facts are not always a product of our tendentious organisation of experience for it can equally be argued that reality wields a force of its own. Reality is not shapeless or infinitely malleable in the rapacious grip of our apperception. This brings us back to Alain Badious Event, and the impact on memory. The sharp features of reality can puncture the veil of false belief which organises our impressions. If narrative trajectory shapes our perception of reality, then reality also acts back upon us and demands appraisal. However, for Laura Lethlean, the youthful conversation of the formation of experience insists on certain foundations from which to leap. You can’t claim a lack of judgement in the complete absence of judgement. Two Hearts beats with its own eliminated judgement, but this carries a value beyond the refusal it attempts. 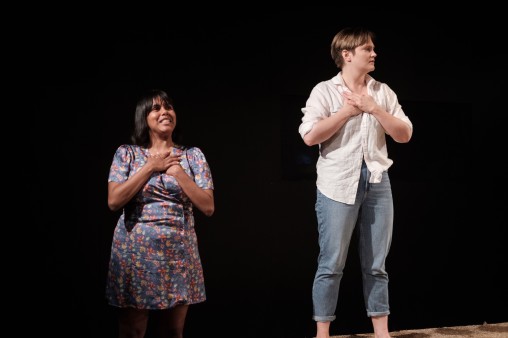 Jessica Arthur is keenly aware the playwright’s words need to tumble with a lightly held intention and she draws this from her very beautiful cast with skill. Eliza Scott and Damon Manns are a self-destructive Romeo and Juliet underplaying their singular drama. Phoebe Grainer is an exquisite observer, part god, part the embodiment of memory circling and tangling the lovers in their own history. The three knit together delicately, moving around the stage and through time. A properly delicate set from Maya Keys forms the sense of and absence of the objects against which the characters project. Equally understated yet present lighting by Martin Kinnane and sound by Jess Dunn form the cohesive whole that becomes Two Hearts. Two Hearts is another thought-provoking night of theatre at KXT. 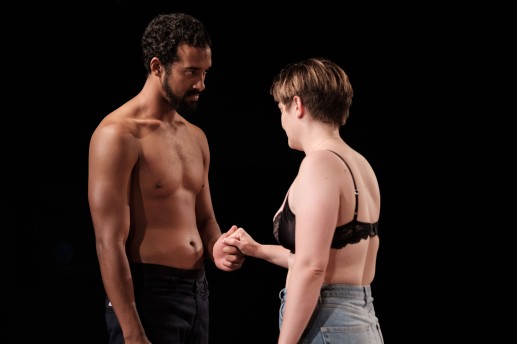