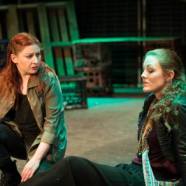 Posted by lisathatcher on September 5, 2018 in Theatre | Leave a comment 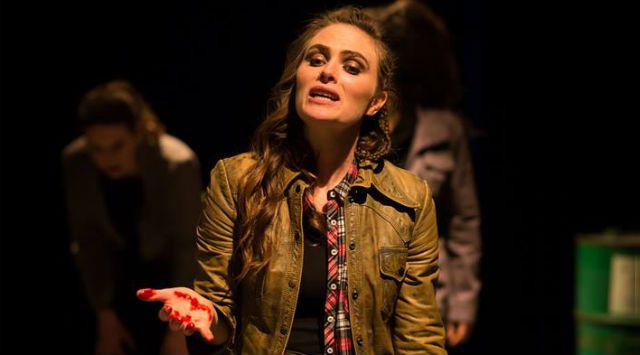 In 1991 Susan Faludi wrote what would become an essential feminist text called “Backlash: The Undeclared War Against American Woman.” The author argued that a media driven backlash existed in the 1980’s as an answer to important advances made by women in the 1970’s. These backlashes are something we (women) are used to now (look at the price women paid for getting a feminist candidate into the running for President of the United States) and it will come as no surprise to discover they have existed for hundreds of years. It is arguable such a backlash launched upon the death of a powerful female monarch, Queen Elizabeth, ruler over what has come to be known as the Elizabethan period, a period of almost unequaled prosperity and cultural success for the U.K.

Queen Elizabeth made a symbol of herself. Symbols exist as reflective surfaces for the determination of cultural boundaries. They become the arbiters for the imagination as well as what is deemed unimaginable. Key to her symbology was her ability to mix male and female body parts; to function as both male and female.[1] It is this connection to the physical Lady Macbeth manifests when she calls on the spirits to unsex her so that she may manifest masculine qualities. Specifically, Lady Macbeth’s speech requests physical transformation suggesting the only way a female can exhibit male traits (such as ruthlessness and aggression) is to physically become male. This is in direct contrast to Elizabeth’s assertion that she could remain female and exhibit masculine qualities. As Macbeth finds his own access to power (masculine and political) Lady Macbeth is further reduced to bystander, even ‘housewife.’ Through the progression of the play, the character Lady Macbeth rewrites the iconography that legitimized Elizabeth’s rule via a symbolic system that linked the female body with political power. This comes to a potent fruition when her conscience renders her so incapacitated she becomes demented with guilt. Therefore, her powers were unable to render her ‘unsexed’ and completed incapacitated by the violence of her crimes. Lady Macbeth’s rumoured suicide as a result of her conscience is the required antidote to Elizabeth’s power exhibited in particular over deaths such as Mary Queen of Scotland. 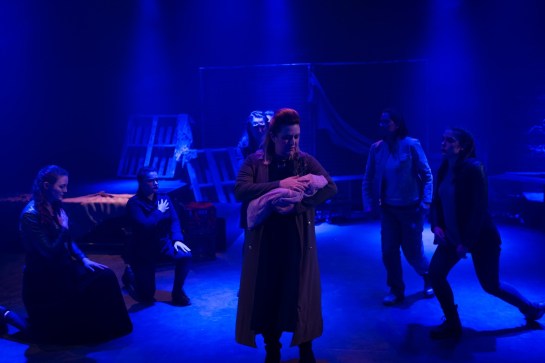 What then, do we make of She Shakespeare remarkably audacious production of a Macbeth filled with only women? Under the direction of Shelley Casey, Scotland is transformed into a kind of SuperShe Land where female warriors tousle for power and live out peaceful lesbian relationships. Macbeth’s introduction of violence is all the more pronounced because of the idyllic image interrupted. Here is a production that confronts; not only the way Macbeth is perceived, but the way women are perceived. Macbeth (Beth McMullen) and her wife (Emily McKnight) are ambitious to be sure, but the play strikes a darker tone when two women are seeking to fulfill a prophesy brought on by a witch. An all-woman cast invites a deeper mystical perspective and Macbeth suddenly becomes more about how little we understand our own future – even when predicted – than some clumsy perspective on free will versus determination. The death of Banquo (an outstanding Suz Mawer) and the subsequent appearance of the ghost further enhances the theme of feminine mysticism rather than a madness that belongs specifically to Macbeth. Macbeth and her wife suffer for their crimes in this all female land, via a mystical karma breathing through female power – or at least the impression of it.

Still, amid all this, director Shelley Casey keeps the language and atmosphere close to the original text, revealing a remarkable insight into our perceptions around female power. In trying to refute feminine strength, Shakespeare reveals his bias and upturned in the manner of She Shakespeare, his text is forced into revealing what he (possibly) tried to hide. It is no inconsequential thing that the always/ already man in the room for She Shakespeare is Shakespeare himself, a playwright famous for writing women’s roles for men to play, as was the style of the time. This very clever production of Macbeth draws us into a dialogue with the four-hundred-year-old Shakespeare that allows us to challenge him via the biases that are transparent in the current day.

While the whole production had its patchy moments, it must be acknowledged that this is one of the best productions of Macbeth I have seen. Rather than polish, its power lies in interpretation and the cleverness of the female only Shakespeare conceit and the willingness of the creatives to openly combine ‘femaleness’ with an adherence to text. Of particular note are the fight scenes choreographed by Kyle Rowling, music by Prudence Holloway and several key performances including Erica Lovell as Macduff, Gracie Naoum as Malcom, Suz Mawer as Banquo and Rizcel Gagawanan in her multiple roles. The battle between Macduff and Macbeth at the end of the play was thrilling and easily the best final fight scene I’ve seen in any production of Macbeth.

She Shakespeare are to be congratulated for their productions and the ongoing development of their unique voice. Also, a shout out to PACT theatre for (as always) showing and nurturing content such as this. 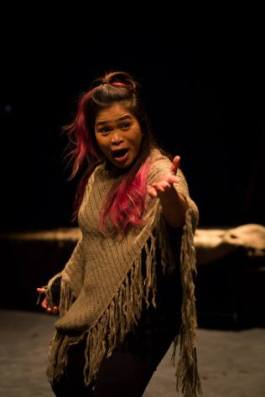