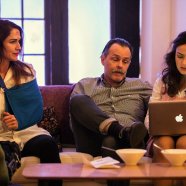 Posted by lisathatcher on November 6, 2017 in Theatre | 2 Comments 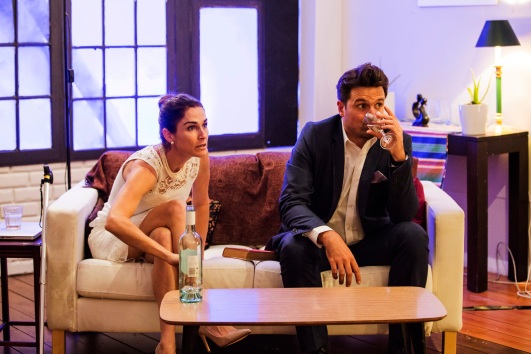 1 – 25 November, Tap Gallery. You can grab your tickets here.

The rise of a new middle class in India has shone a spotlight on India’s systemic rape problem and the media (mainstream and otherwise) has been used to great effect in strengthening India’s rape laws and seeing perpetrators punished. A fresh, new middle class, means the media carries the integrity and potency it enjoyed in first world countries in the first part of the twentieth century. But as Donald Margulies makes clear in his play Time Stands Still, media is no institution without its threats; journalistic integrity has become repurposed as classist elitism and main stream media outlets have become repurposed for think tank propaganda rather than a tool to inspire outrage driven action. Even as India’s middle class use their media to fight rape, a country with a far greater rape problem – the United States – is leading its media back into the old-fashioned world of victim blaming. When Sarah (Emily Stewart) hobbles in on crutches having been blown apart in her job as a photographic journalist Donald Margulies begins a kind of disemboweling of her in her home as the place she feels safe and those she loves most become the most dangerous place for her in the world. It is one thing to hear a bomb go off and run toward it to get the story. It is another to be told your entire life’s work is useless (or worse, self-indulgent white guilt as a result of daddy’s trust fund) when those cruel words ring true. Even Emily can’t see the irony of her work becoming immortalised in a coffee table book for those who have turned photographic journalism into art. While India’s new middle class enjoy their new-found power, America’s middle class retreat into aesthetics and bourgeois problems in order to survive.

However, what makes this particular production of Time Stands Still so interesting, is Claudia Barrie’s direction and decision to place the audience in the middle of the room. We don’t ‘watch’ the events of these four people’s lives play out as if they were a mirror, we sit among them. While this might have given us theatre as driven by cause (deterministic) in the past, under the rules of middle class life (that with which each audience member is familiar) we are forced to confront our choices as explained by purpose. Claudia Barrie therefore takes Time Stands Still and removes the safe barrier of observation and forces a more existential encounter. It is not solutions we seek, but a rigorous examination of our choices and the changes at work within us even as we stand by our ethics. 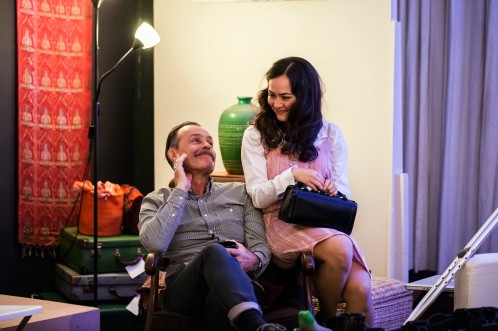 Marx saw the working class people as agents for change. By contrast, the middle class (probably our contemporary bourgeoise) see the working class as objects of pity. Marx wanted the working class to overthrow the government and take control. Today’s leftist middle class see the state, taxation and welfare as the way to help those Marx called the lumpen proletariat, or those deemed too burdened by cultural misery to act. Though exploitation continues, the working class is no longer a political force and left-wing institutions have fallen away. The middle class are guilt ridden and exhausted with the demands of status. Even Sarah’s feminism is called into question by the overly simplistic Mandy (Laura Djanegara) demanding to be seen for what she is as choice driven rather than laboring under a presumption she is not self-expressed. Of particular interest in Time Stands Still is an outspoken diatribe by James (Matt Minto) attacking audiences for using theatre as an absolution of bourgeois guilt. While Donald Margulies has obvious sympathies for his middle class protagonists (who he keeps carefully white) he equally refuses to back away from their problems. Coupled with Claudia Barrie placing us in the room and next to his protagonists, we (the theatre audience) are compelled to answer for our choices as the play progresses and after we have left the apartment.

This is what independent theatre should be, speaking to its audience and asking them questions they need to answer. This is not guilt theatre designed for the left-wing comfort of those in the room, but theatre that confronts in a language the accused will understand. We are meant to see and question the purpose of important institutions like a free press, marriage and parenting as practices casually tossed aside these days and examine our motivation for questioning them. Equally a strong morals v’s ethics challenge arises, forcing the audience to examine aspects of the conversation we have no doubt had at a variety of encounters similar to the one we witness. There is no placating of the good folk of the left here. This is bourgeoise talking to bourgeoise and driving us to examine our purpose driven lives outside of the cause.

Overall, it’s a beautiful production, headed up by strong and steady direction by Claudia Barrie who has clearly thought long and hard about this interesting text. Performances are engaging with each actor enjoying a natural affiliation with their character. Emily J Stewart who also acts as producer, is clearly deeply connected to her role and embodies many of the modern day complexities of the good hearted, thinking liberal. She is a perfect combination of superiority and seriousness taken by surprise when her morality and ethics fail to serve her. Matt Minto is her counterpart James, someone taken equally by surprise as his deliberate choices, his free will, take him where he did not expect to go. Matt Minto is a wonderfully masculine contemporary partner for the powerhouse feminist archetype, comfortable in his masculinity yet aware it can’t come at the expense of another’s autonomy. Love takes an interesting backseat to authenticity here, and Stewart and Minto play that honesty (or dishonesty) out between them in a painfully recognizable dance. Their mirror or other is played by Laura Dejanegara as Mandy and Terry Serio as Richard, equally good-natured liberals more willing to settle for making the best of that which they cannot affect. In many ways free will is sacrificed for that which is determined in their life while they choose to gleefully embrace rather than wrestle or avoid. Ethics are more plastic, mutable, yet a familiar warmth makes them ‘real’ and ‘recognisable’ characters.

Time Stands Still is a wonderful experience for the regular theatre goer. It’s a clever play given an exciting treatment by a talented director at the top of her game that speaks directly to the Sydney theatre going audience. It’s wonderful to see a play that directs itself to those it knows will be in the room, rather than preaching a message to an effectual converted. It should also be known that Time Stands Still is performed in the all new Tap Gallery, which is a welcome return for a much-missed institution. Another marvelous piece of Sydney theatre. 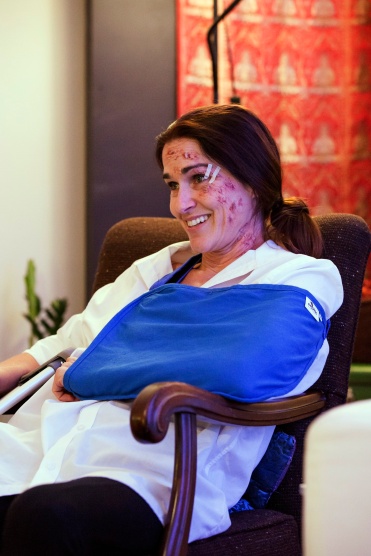