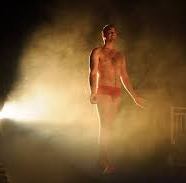 Merciless Gods – Drama that unifies in the dark. (Theatre Review)

Posted by lisathatcher on November 4, 2017 in Theatre | Leave a comment 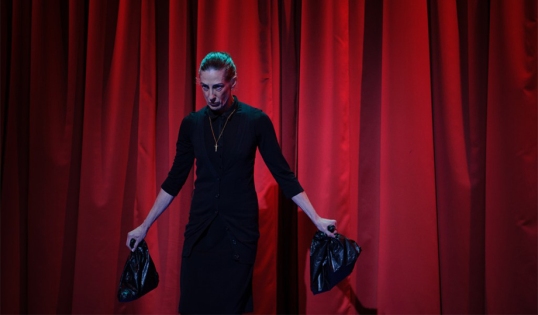 It has been noted that the poem must be given to the mute, to the stutterer, to the stranger, rather than to the chatterbox, to the grammarian or to the nationalist. Equally the gift of books, music, paintings and science should go to the proletariat – the working poor who have nothing to offer other than the labor their tired bodies are capable of producing. To read and engage with Christos Tsiolkas’ world view is to examine the world separate from these ideas, to no longer see the socialist and communist alternatives as the single path away from the great capitalist monster that appears at the bottom of each of our contemporary problems. Unification, anti-rage, a recognition of each other that includes respect and does not come from patronizing tolerance seems to be inside his enormous poetry. Christos Tsiolkas is steeped inside the unsayable, not because he feels compelled to remind us of the bleak and the dark but because it is there we confront our own shadow. It is the whore who sits at the coal face of societies decisions, s/he who carries the weight of politics on the body; that body is the place the distilled reaction devoid of the pleasantries we wield to ward off insanity explodes itself. Another form of social protection against that which we cause. The natural shadow of our attempts to create some sort of weak, lukewarm light by which we can tolerate the injustices of existence. It is inside the drama of the lyrical ode to self that Tsiolkas finds the epic, the movement of the new, as yet unidentified mass of disenfranchised other. Unification can only occur when we learn to speak with each other, and that necessarily, means we must remove this rage, this righteous anger from our gaze towards the Other. To date, we can’t even identify our enemy, let alone our comrade. 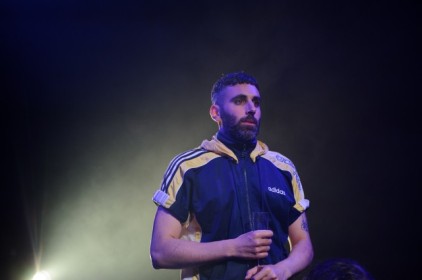 In this way, a book of short stories by this writer lends itself to the interpretation of theatre. Why convert a short story into a short play? Why bind them in a book of short stories, and then into a single theatrical experience? The short story is read alone. It is an appeal to our freedom. We are co-creator. The theatre is (possibly?) a step toward passivity, sanitization. Yet in the hands of Dan Giovannoni, the short story gets larger, moves toward poetry on the stage. The intimacy of reading is posited against the intimacy of the small gathering. Self-reflection translates in this context to politically charged shared experience. We live some of Tsiolkas’ dream of rage-less unity. It is not in each other’s stories that we find a temporary reprieve from our differences, but in the unification of gaze. It is when we look away from ourselves and toward another that those of us in the audience can find bilateral connection. It is the project, not the story that unites us; Tsiolkas struggles with a shared language, Giovannoni forges a path between head, heart and action and director Stephen Nicolazzo places us in the room as surely as he arranges and calls forth his marvelous cast. We are the theater, we are the production in a way we can never be inside the short story, because the “I” takes precedence over the “We” of the protagonists. Brought to horrific light before us, the text is made ephemeral and transitory by the terrible poetics of the politically charged now. Literature like this has us see that we can no longer properly create an enemy or an ally because we are all each other’s enemies and we are all each other ally’s, and in fact it has always been so. Only in the short, ephemeral moment of the project can we find unity. Only in the short ephemeral moment of the project can we gain consensus. Only in the short ephemeral moment of the project can we be quiet long enough to hear the still small voice of the human behind the ideology. 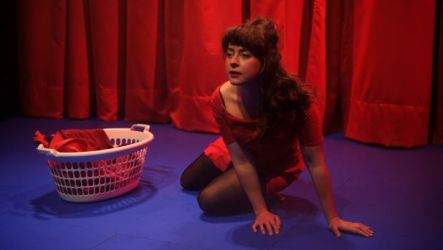 Christos Tsiolkas’ words are disarming and beautiful, as are Dan Giovannoni’s but when they are placed on a stage they are transformed. The scale of this production, its enormity lies in part to a layering of creative contribution that forges an enormous whole. The cast occur as tremendous, fabulous, and larger than life; even as they are fragile, intimate and immediately recognisable. The flounce and flavor of the Greek tragedy sits over us as the unmistakably Australian characterization forges tendrils of understanding impossible to break. Connection is available in many ways, Merciless Gods in unmistakably Euro-Australian, but its invitation has the potential to call each of us into the ‘Greek immigrant’ world that we are surprised to find already contains us.

Production values are as much a part of the story here as the cast. Katie Sfetkidis’ lighting design is constantly referencing the afterlife as a thrilling gateway, all the more so for Eugyeene Teh’s inviting red curtain that promises the atheists hell filled with refused pleasures and evil desires rather than the Christian’s hell of torture and lament. The cast are potent, fecund and exciting. They all evoke the enormous unspeakable from Jennifer Vuletic’s delicious turpitude through to Paul Blenheim’s anemic longings. Each clearly relishes being a part of something thrilling, worthwhile, excessive and temporal.

Merciless Gods is rousing theatre that awakens the dramatist in each of us and draws us close to the stranger within. It’s the kind of theatre that trembles and makes you know you are alive. It’s a marvelous way to enjoy the last weeks of 2017 which has been a wonderful year for the Griffin theatre company and a thrilling year of theatre for Sydney. 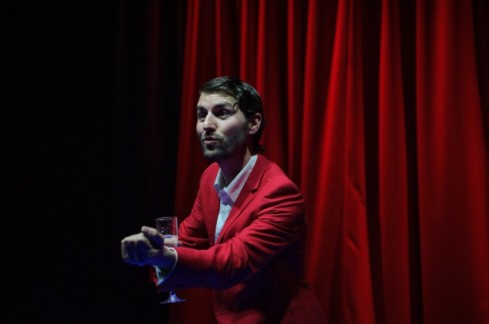 ← She Rode Horses Like the Stock Exchange – How and who to be after The Event. (Theatre Review) Asylum: Lisa chats with Ruth Fingret (Theatre Interview) →