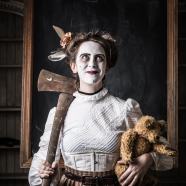 The Mysteries of Mad River: A Swamp-Folk Operetta – Sydney Fringe

Posted by lisathatcher on September 24, 2017 in Music Reviews, Theatre | 2 Comments

The Mysteries of Mad River: A swamp-folk Operetta

This show has completed its run at The Fringe, but you can find out more about future performances here.

In the show The Mysteries of Mad River, Keppie Coutts plays a school teacher reveling in the mysterious deaths of children at her school. Keppie Coutts is also pregnant, which adds a kind of insult to injury, however the operatic farce with which she approaches the subject matter seduces us to intimate complicity via laughter. Here we have a style that reinforces the opinions of the spectators that at the same times alerts us to the role of dominant opinion, which is to dominate everyone’s minds. This is a joy of a different order that profoundly reveals the absurdity of that which we have come to respect, which discloses a hidden truth, at once ridiculous and sordid which can be found behind the ‘values’ we are given to understand as the most incontestable. Real comedy doesn’t entertain us, it places us in the disquieting joy of laughing at the obscenity of the real. It is this idea that Keppie Coutts tapps into with The Mysteries of Mad River. You’ll find none of the brash violence of Nick Cave that tends to inhabit the ‘naughty white boy’ space. Rather, Keppie is playing with the horrific idea of a pregnant primary school teacher who hates children to the point of reveling in their death. It’s anti-social, anti-capitalist, anti-communist and anti-determinist. This is a true exploration of a thought-full anarchy.

Just as The Mysteries of Mad River incorporates the displacement of the purity of the mother, so it displaces the energy of ‘The Band’ by introducing a theatricality that allows for the audience to experience the music without needing to become ‘The Audience.’ Live music, like theatre, is a pact of behavior between an audience and a performance. The Band promises to ‘act’ like a band and include all the empty gestures associated with that style of performance inviting the contract with the audience that implies those watching act like ‘The Audience.’ This audience is different depending on the nature of the contract, be it live music, theatre, film or speech. But again, Keppie Coutts and director Anna Jahjah interrupt this idea by stylizing the show as if it were a mini theatre that incorporates opera and cabaret but in a venue reserved for the live band.

The great joy of being audience in this show, is the diffusion of energies and our inability to know quite what to make of it. Keppie is supported by an excellent band, including Nicola Ossher on drums, Nick McClean on the bass, Gavin Ahearn on keys, Emma Champion with her marvellous cello and Ben Romalis on slide guitar. I looked around at the band with joy when I attended, but they are subsumed to Keppie’s vocals – even to the point of not joining her on stage, but sitting in with the audience. We then, like the band, all look to the pregnant Keppie as she sings us jaunty tales regarding the death of children. The Mysteries of Mad River become more of a discombobulation than a subversive attack on cultural norms.

The Mysteries of Mad River is a show you will enjoy and love. Keppie Coutts is a skilled performer doing something interesting here that works well. The feelings that rise during the performance are thrilling and a real brain-bending experience. I took my partner and had a wonderful time sitting close to the band, fully engaged in all the experience had to offer. 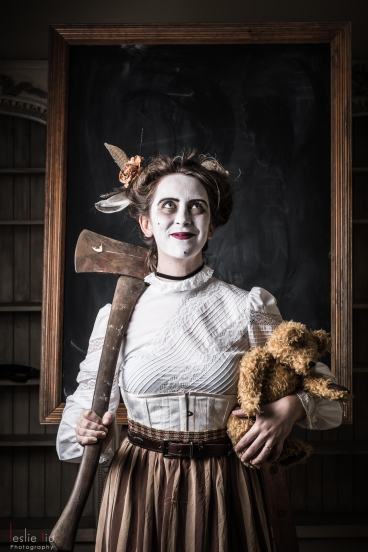