Home » Theatre » The Night Alive – A dying man and a world passed by. (Theatre Review) 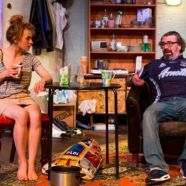 The Night Alive – A dying man and a world passed by. (Theatre Review)

Posted by lisathatcher on September 23, 2017 in Theatre | Leave a comment 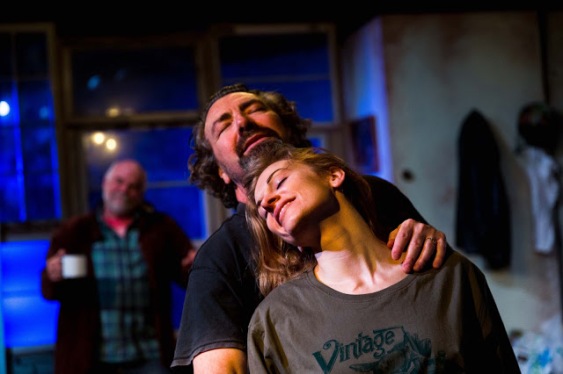 Conor McPherson is right to lament the death of white male domination, because no matter what the keyboard warrior trolls and their president might have you believe, his days are over. In The Night Alive he lays naked before us, absent of the mysticism that allowed him to claim perspective as truth, violence as peace, and first person as a universal. The death of Tommy (and I do believe it is a death with a subsequent rise into Tommy’s version of heaven) is finalised when Maurice descends from his heaven above, asks Tommy to care for him in old age and the future of a white man and his god dying together in that house becomes clear. Tommy lives in a world where chivalry is the greatest form of morality and god is the savior born on Christmas Day.

But the world has changed. A man can no longer give his family a pony, condemn his wife to tend it forever and win his children over. A man can no longer trade care of the slow and the weak for gratitude from his family. A man can no longer rescue a woman, and expect the gesture to buy her love. Worse in Tommy’s case, when he scuffles with the devil, the woman saves him. In his own words, he is a moocher. He’s ridden on the backs of others through privilege all his life. If Tommy was another sex or race, he would never have been allowed to live the sad life he leads – even that he must concede to a kind of privilege bestowed upon him. His moralizing god upstairs can no longer save him, and he is condemned to the empty promises of salvation he knows that deity cannot deliver. It is a sad time for all of us who live through this change; bittersweet, even for those of us who want it.

White male writers like to have these deaths (metaphorical or real) on our stages, and they always contain an element of The Christ about them. Sometimes they go out beaten men, like Willy Loman and Shelly Levene and other times they go down fighting like Kenny from The Removalists or John from Oleanna. With Conor McPherson, Tommy’s is a death we don’t notice. He takes the pills he confessed to fantastising about and the utopia of heaven takes over reality. He falls away so subtly that we are not sure he has died. It is Doc who tells him what heaven is like, suddenly everything ‘slips into place’ and appears as it should. Doc and Maurice wander out to the garden to chat about vegetables, Aimee returns in love and good health. Tommy’s heaven that can never be on earth.

For Conor McPherson this death we witness is tied to Christianity. A Christmas tale if you will, complete with wise men, reformed whores, guiding stars, carols, lights and the devil. The women in this world are absent or a reflection of male behavior, homosexuality only exists in brief hints and the racial ‘other’ not at all. However, all over this decaying house, the church, is the whiff of putrefaction and a time gone by. In full command of the seductive effects of the patriarchal narrative, Conor McPherson creates moments of the sublime, such as Tommy and Aimee’s dance, Doc’s recovery and Maurice’s speeches about life upon which we hang our nostalgia. These are moments we recognize, when an elusive ‘real’ visits us, and feel something of a time when, as Maurice would put it, things were simple and beautiful. Now Tommy, a good man with a good heart, seems superfluous in a world that has flown by him. The way Conor McPherson tells his tale, helps us see a kind of tragedy in all of it. His ability to place an aging white male on the stage, give him a measure of lyricism, and cause our sophisticated swoon is truly Nietzschean in its cheerful, warm manipulations.

O’Punksky’s Theatre production of The Night Alive is a genuinely beautiful show. Rich with Christian imagery, it uses sentimentality to good effect, keeping its overt symbolism subtle to avoid being preachy. Planted on an amazing set by Alison Bradshaw, the lyrical purity of pace and language is allowed all the time it needs to blossom and flow by director Maeliosa Stafford. Genuinely beautiful performances, by John O’Hare, Sarah Jane Kelly, Lawrence Coy (what a constant gift to our stages he is) Patrick Dickson and Darren Sabadina encourage the feeling of wistful warmth so central to the play’s effectiveness. John O’Hare and Sarah Jane Kelly (a great piece of casting) have enough charisma to warrant a connection of sorts, but seem appropriately doomed from the outset, which the actors successfully convey, while Lawrence Coy is a real standout as the tragic Doc. Maeliosa Stafford has called forth great performances and has a certain sense of clip and delivery which gives us everything we need to get to know these people well.

The Night Alive is another great night of theatre on the Sydney landscape and definitely one for the boys. Take the man in your life and enjoy a good long chat after. 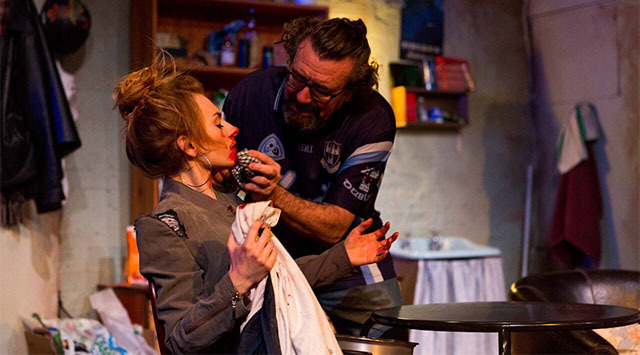