Home » Theatre » The Laden Table – A future constructed from a troubled past. (Theatre review) 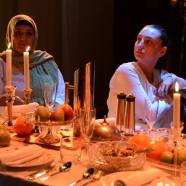 The Laden Table – A future constructed from a troubled past. (Theatre review)

Posted by lisathatcher on March 20, 2017 in Theatre | Leave a comment 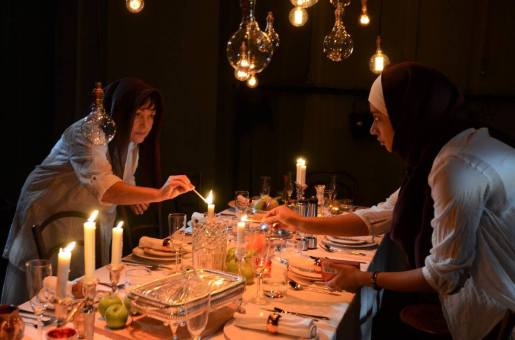 It is said that the victors take possession of the dead. This phrase is often used to describe the political motivations of an elected person or a dictator. But does it not equally describe those who have been fortunate enough to survive tragedy? The living describe the experience of the dead. Those who were once maligned are now honoured; those previously exalted cast aside. It can be argued that this is a safeguarding of the past from the victors assault – indeed Walter Benjamin stated this when he said “only that historian will have the gift of fanning the spark of hope in the past who is firmly convinced that even the dead will not be safe from the enemy if he wins. And this enemy has not ceased to be victorious.” That spark of hope is not always the “messianic” one of the redemption of “all humanity.”  This quote sparks the words of Remo Bodei “A plurality of adversaries and their ambitions, forms of “disputed memory” can emerge in populations have that a still unresolved relationship with their past. This occurs thanks to a past which, paradoxically, does not pass, thereby allowing an identity in the process of reformulation to be reintegrated into a latent continuity of memories with which we may more strongly emphasise one aspect at the expense of another.” (Lecture on memory and Forgetting)

If we cease to think of the past as a river which, deriving from infinite streams, flowing pure into a thirsty, empty present, we begin to grasp some of what the writers of The Laden Table are trying to have us see. Rather, the present occurs in this production, as a small deposit or island in the middle of the stream of the past, constantly eroding and changing shape with the flow, but with very few rivulets to choose from in its future. Indeed, many branches of this memory river, turn out to be blocked by sand. The present, for the Ka’adans (Muslims) and Fishmans (Jews) sitting around their spiritual meals at Eid and Yom Kippur, cannot be reduced to a moment of collected memories. Rather it is a heavy moment, containing a great deal of latent or lost matter waiting for future selection and retrieval. Laden content can grow back from the tiniest of seeds, previously overlooked. The instant of The Laden Table offers a perception of new life, caught between the recent past and the present, a gap through which we seek a kinship. Thus, it happens that broken threads are brought together far too quickly, but it is the deepest injuries that should not be repaired in a hurry. This rapid repair job is the task of the elders, in this case Abraham (Geoff Sirmai) and Zainab (Gigi Sawires) who seem to embody the problems in the Hegelian phrase “a darned sock is better than a torn sock, but this does not hold true for self-awareness.” 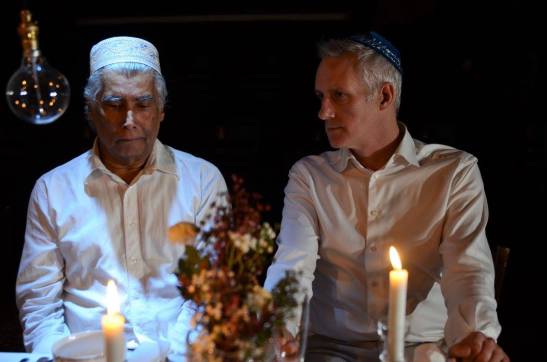 Part of the cleverness of this production, is director Suzanne Millar’s depiction of a single table, divided by an invisible wall, where Muslim and Jew sit side by side unbeknownst to themselves. The enormity of a present fat with the past comes in over the table in the form of memories, taunting the young to hold on to truths disseminated by the tribal elders, but equally held in the patterns of the rituals which are presented as much for the dead as they are for the living. This reveals the past as not only a series of historical facts, but equally an emotional journey. In this production, we acknowledge the inseparability of symbolic elements and affective tensions and it then becomes obvious why we forget and remember in such a rush. Court held by the twin elders inspires the iconoclastic will to destroy internal and external images through which their tribe can’t recognise themselves and by the frenzy of remembering, the need to distribute stories and memories. Because of this interdependence of knowledge and affection we can see, particularly as tensions within each family become more heated, the structures of memory and forgetting occur as so provincial and fragile seeming to appear and disappear at random. The writers of The Laden Table (Yvonne Perczuk, Nur Alam, Raya Gadir, Chris Hill, Marian Kernahan & Ruth Kliman) imply that if we do not sift carefully through these dates and procedures, if we do not constantly re-establish our distance from the immediate facts, if we do not maintain a vigilant moral conscience, what we call truth and its surrounding mythologies combine within the same process of decomposition and re-signification of the past that is occurring within the brutal and blind hysterical present. The sumptuous dining experience of The Laden Table is not simply one of ritual – it is an ad-hock random claim on a distorted past. A stunning perspective on the Arab/Israeli conflict.

This production of The Laden Table is an excellent example of the heights independent theatre can reach. Far more thrilling to be close to the performance in the intimate theatre, the lyrical flow of the writing brings the audience close to each family, severing our own memory impositions that usually work to keep us separate. Ben Brockman’s incandescent globes suspended over the table supported by conventional theatrical lighting, punctuate mood and equally transport the cast through time. Courtney Westbrook’s beautiful set implies simplicity and the convoluted weight of tradition in is beauty. All the performances are excellent, carrying the audience through scene changes with a seamless grace. Suzanne Millar forms a cohesive whole that engulfs the audience, causing an experience of real beauty in the face of undeniable tragedy. Everyone is spot on here, and the result is that delicious thrill only superbly executed indie theatre can produce. 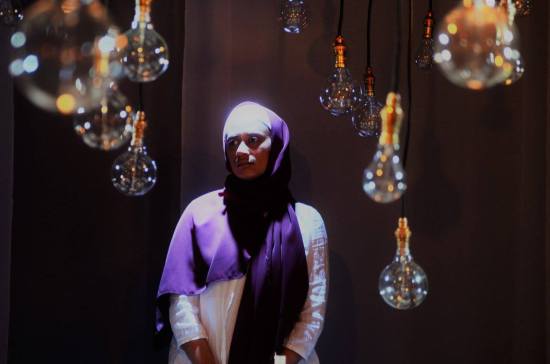 To quote Remo Bodei again, “We are not all emigrants in geographic space, but we are all emigrants in time.” Every minute we are alive moves us from a known present into an unknown future. Every instant is both a break and a bridge. Just as we need memory of past experience combined with the deliberate attention of the present to form the future, we equally need our “indestructible need to forget” (Nietzsche) in order to determine and devise something entirely new in the future. As the writers of The Laden Table suggest, somehow, we need to step back and determine these conflicting elements through a deliberate morality. 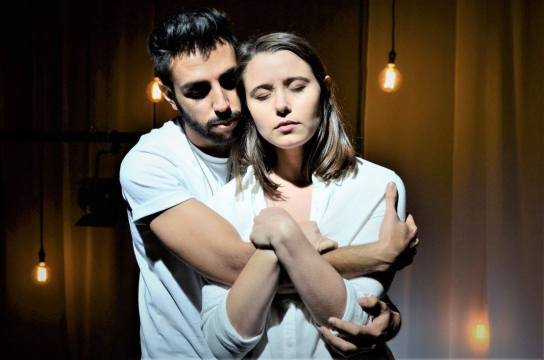