Posted by lisathatcher on July 1, 2016 in Theatre | Leave a comment

Joanna Weinberg at The Hayes Theatre

Pandora’s Bag is next showing Sept 4 Camelot Lounge, Marrickville. You can grab your tickets here or here.

When Tom Ford, working for Gucci at the time, was asked what a woman should look for in a handbag, he said the following:

“If a bag is attractive, it makes you feel good by default. It’s about proportion, shape, line, finish, fabric, balance. If all of that is pleasing it will sell. More than that it’s like you gotta have it or you will die.”

Here is a sentence that speaks to this obscene desire for the possession that holds possessions that woman understands better than she can describe. Women have been carrying bags for centuries, but with the rise in consumerism and female affluence, the bag has surpassed the shoes in the female version of the Maserati or Bentley. It was Freud first and others later (Erik H. Erikson in his book Childhood and Society) who noted small boys use building blocks to make tall towers while girls use them to create solid enclosures; children build in response to their genitalia. Boys work with “high” and “low” while girls work with “open” and “closed.” Boys build towers that reflect the penetrating modality of their sex organs while girls build structures that are more incorporating or enclosed. Boys penetrate, girls incorporate. It was Freud who associated this with objects, such as the all famous cigar and the not as famous but far more obvious and prevalent, female handbag. The modern female handbag is similar in symbol to the jewel encrusted jewelry case, with one huge exception in the latter part of the 19th century. The jewel box has left the bedroom and become a symbol of public wealth, so that now women, in their emancipation, carry handbags as a sign of wealth. If the bag is the unrecognized symbol of females sexual organs it can go in some way to explaining why women go through so much psychic energy choosing their handbags. Women carry every representation of themselves in their handbag from the frivolous lipstick through the essential deodorizers and sanitisers to the notebook, wallet and mobile phone. All our little neurosis and their expensive solutions are carried around with us in the handbag.

When Joanna Weinberg grew old enough to develop the fascination with her mother’s handbag familiar to all little girls, she saw her mother kept the same handbag all her life. When it become too beat up to continue to use, she purchased its replica. This shows serious attachment to this object, something Joanna recognised in all women. Out of this fascination with the observation developed the funny and astute cabaret show Pandora’s Bag, a hot-potch of observational homage tunes and unapologetic odes to that most strange of all female possessions, our handbags. If you doubt the importance of the female handbag, notice how many women carry them (without exception all of them) and then notice differences and why those differences exist, and you begin to see fashion and finance trends that are sending out serious signals to the world about the carriers worth or at least where they see themselves placed in society. Weinberg associates this with anatomy, but also with the Pandora mythology itself, so closely associated with Eve, that implies the first female becoming the conduit for all the evil in the world. Eve used her sensuality, Pandora opened the jar. If Freud is correct, both of these things amount to the same action, and both are attributed to causing pain and death in the world, primarily through the destruction of a male-centric paradise. Weinberg can see the fun of these myths, the way they might have come about, and the modern day relationship to the bags we carry around with us. She concocts hilarious songs like Bag Porn, Old Bag, and the sorrowful Laundry Bag to extend the metaphor of Pandora that calls forth a new emancipator imagery around the handbag that legitimizes female obsession.

The songs are cabaret style with a deliciously wry, jazz infused take on modern musicals. Weinberg surrounds herself with an excellent band, Sarah Tari with Ellen Kirkwood, Nicola Ossher and Kate Adams and includes witty interludes with handbag model “Chantelle” who struts and coos over all the best bags, as Weinberg controls the floor donning a plastic bag ball gown. When I was lucky enough to attend this clever show, I took my sig other as my plus one, and he had a marvelous time. However, I think the best way to enjoy Pandora’s Bag is with a girl night, cocktails first, and dancing after. There’s plenty for the men to wonder over and laugh at but this is a night for girls to feel that strange and pleasant transcendental vibe when recognition echoes around the room. Joanna Weinberg has nailed her subject matter, and it may take a bag carrier to know a bag carrier at the end of the day. 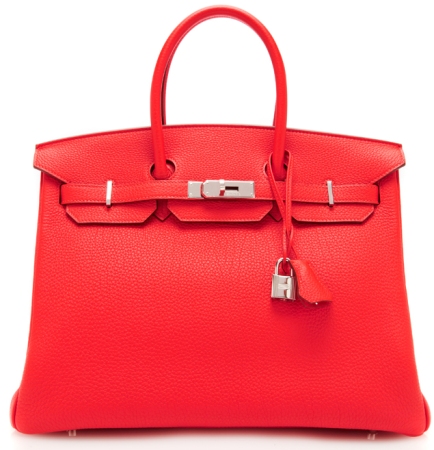