Posted by lisathatcher on September 23, 2015 in Theatre | Leave a comment

The inaugural show for new theatre company Sandking Collective exhibits many of the reasons I gravitate toward and tend to prefer independent theatre. Primarily its the use of intimacy and the small space to engage in the most subversive of all creative acts, open and willing performance. Being a short-ass I’m almost always in the front row of these events, plonked at the sets edges, willing myself into the action and the actors laps. It’s terribly exciting to be that close to theatre, to the audacious actions of appropriation that theatre makes no apologies for. Beyond the thrill of the voyeur, one feels the joyous combination of being invited into people’s deep inner lives and being an unwelcome snoop. In the case of Retrograde, two very fine actors bring their small audience deep into their hearts via great performances and very fine writing by performer peter william-Jamison.

Retrograde begins before we enter the room, with the display of a quote by William Carlos Williams. Immediately we are plunged into the conflicting worlds at battle within The Clinic (as Foucault might call it) of reality at odds with the world of the imagination. William Carlos Williams, himself a doctor by day and a poet at nights claims his experimental writing was set back twenty years by the publication of his contemporary T.S. Elliot’s overnight sensation, The Waste Land. Elliot is (in a deconstructed world) controversially remembered for locking his first wife in an institution when she was no longer convenient to him, was accused by Williams of returning everyone to the classroom, just when a writing revolution was about to occur. This artistic conservatism sits very powerfully over the top of Peter William-Jamisons play all these years later, as again, we have a doctor’s office – in this case a therapist – used as a kind of educative centre to take a wild young man and set him straight. Some might say limit his imagination just enough to make him a functioning member of society and no longer crippled by the anger full consciousness inevitably excites. 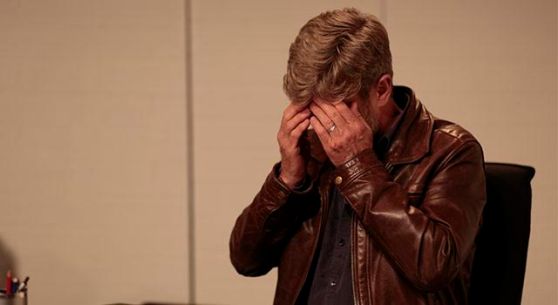 The chink in this Foucaultian facade for William-Jamison however, is the therapist himself. Maimed by life’s difficulties and physical illness, it’s through his own emotional frailty that Earl (beautifully performed by Mark Lee – what a great gift he is to indie theatre in Sydney) is able to genuinely touch the wise beyond his years Sonny. It is through Lee’s performance that the idea of looking in order to know, showing in order to teach is revealed as its own tacit form of violence, all the more abusive for its silence upon a sick psyche that demands to be comforted, not displayed. Earl’s own spectacle, his own wounds, his own pain performance proves to Sonny and the audience that he and we are not alone. It is through Earls discomfort that Sonny is comforted, because all of earls violent advantage (education, money, opportunity) are stripped away to reveal the man. The emotionally unwell man does not cease to be a citizen, no matter how much we might try to label him the outsider, and it is Earl who provides Sonny with the key.

Mark Lee’s powerhouse performance as Earl is backed up by a more nuanced performance by Peter William-Jamison himself, who brings Sonny to life in a way that has us immediately like the young man and want to see him win without having to compromise too much of himself. Success in our culture – immediate and obvious that is – always includes an unpleasant obedience, and through his performance, William-Jamison conveys an everyman teetering on the edges of conformity or die. He needs to be cured of hating himself. His hope lies in the bookends of life, death and birth. But above all, his ability to swim rather than sink and observe the struggle in his fellow members of society will be his only hope. William-Jamisons performance is wonderful (he’s always a strong presence) but in this case it is his writing that shines and give the two performances the room they need to properly convey the depth and complexity of the narrative. This subtle nod to the struggles of William Carlos Williams rescues Retrograde from the problems of cliché it might have laboured under otherwise. Retrograde becomes a bigger story than that of Sonny and Earl, and it finds its way into the hearts of each audience member with that embrace.

Retrograde is not just the work of its actors and writer, however. The performances blossom under the watchful eye of director Michael Yore, who keeps the action tight and compact, perfect for the size of the space, and perfect s a representational metaphor for the internal struggles of each man. Large images are projected onto the white walls and the actors themselves, implying an inner world that rests on our surface, which gives the narrative flow an exciting visual dimension. Lucy Scott makes for a small and welcoming set with a subtle attention to detail and atmosphere. Hal Rees keeps the lighting realistic and natural never taking attention from the performances and it is all brough together with neat and apparently flawless production by Sinead Curry. Retrograde is a moving night of theatre with a great deal to say about the systems we use to keep people in line. its a wonderful debut for the Sandking Collective and another great contribution to the Sydney Fringe Festival.

You can grab tickets here. 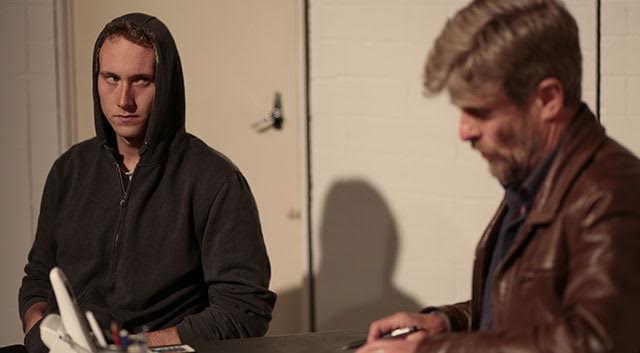