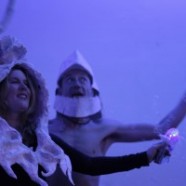 Posted by lisathatcher on June 27, 2015 in Theatre | Leave a comment 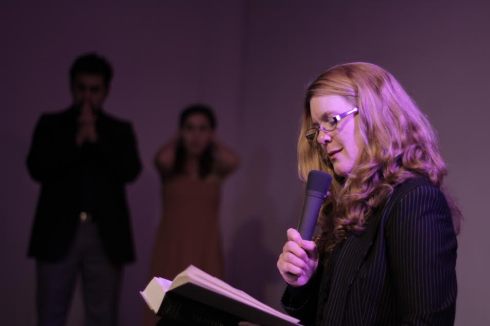 This is Not Mills And Boon

Sometimes its difficult to know if we talk about sex all the time or not at all. After all, what is sex? It has been broken down and defined by science, psychology, psychoanalysis, art, pornography, politics, law, advertising, artificial intelligence, family, society, the nuclear family, animal nature, spiritual nature and even a universal transcendence; and yet we can’t grasp it, contain it or fathom it. All we really come up with at the end is that we’re all obsessed with it and we’re all doing our own version of trying to understand/control it.

The purpose of all this is the safe exploration (in the world the written word) of the female sexual fantasy. Did you know that a large percentage of erotic romance novels are about the sexual exploits of gay males, written by women for women? You knew women had a thing for vampires and werewolves but did you know novels are written about the pet dog shape shifting into her lover (and back again) or that entire series exist about towns where women are encouraged to have more than three husbands at any one time? Siblings are big. Women arrive as strangers where it is the norm for women to marry two, three and four brothers together, who then take shifts to ensure all her needs are satisfied. Something these men understand, because their mother had four husbands – back story is important, after all. The list of unmentionables goes on, a multitude of sexual fantasies that might not be nice or well behaved, but they’d certainly give Emma Bovary a broader perspective if she had them back in her day.

This is the contemporary world of the romance novel that you thought you knew. Literature is a safe space for women. Not all erotic writing is feminist, but neither is all of it patriarchal, and women can explore themselves in a safe sane environment.They don’t have to be judged or explain themselves. Most importantly the constant fear of violence women are conditioned to equate with sexuality (and regularly experience) is absent. She doesn’t have to serve a demanding male lover according to his fantasies that have been accepted as the norm, she can explore at her own pace in a world of her own. Fifty Shades of Grey showed us we are not ready to accept female sexual exploration for what it is – rarely has a modern novel been held up to so much scrutiny than that relatively benign example. Male centred pornography never comes under the same public condemnation outside the “shrill” voice of the feminist. It seems incredible in this day and age that we think women can’t be trusted with their own fantasies – but we do.

It’s all this and more that Erica Brennan wants you to consider in her play This is Not Mills and Boon. Romance novels are not what they used to be. Feminist critics of Mills and Boon in particular have had good cause to be concerned about what was being written over the last one hundred years. Even more concerned about the fact that Gerald Mills and Charles Boon (and their company) still don’t pay all their female writers royalties, rather they pay a flat fee for the books that go on to sell hundreds and thousands of copies. Early incarnations of the romance novel were intended to occupy “bored housewives,” prevent them from reading a newspaper, and most importantly, shut the bedroom door before she got to read anything salacious that might angry up her blood. Not so anymore. The conversation about erotica and erotic romance needs to be upgraded, with an eye to demystifying the mythologies around the genre and possibly reclaiming it as a pop cultural icon in the same way comic books were reclaimed for males. As Erica Brennan notes, sex is still a difficult subject between parents and children (sometimes too much talk, sometimes not enough) and with the rise in access to pornography, it is important that women are given an opportunity to discover their own fantasies and that the conversation between fantasy and the real is given a strong presence in her own life.

If there is a message to be found in this delightful show, it is that censorship is almost always destructive. We may not like everything that is written, filmed and published, but it constantly reveals who we are and where we are at as a society and good or bad, it contains essential signifiers about ourselves. At the heart of This is Not Mills and Boon is great writing by Erica Brennan about a great writer, Sue (writing as Nikki Sex) and the wonderfully supportive creatives around them who want to encourage all of us to read, read, read!