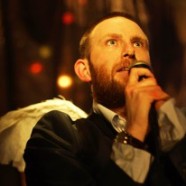 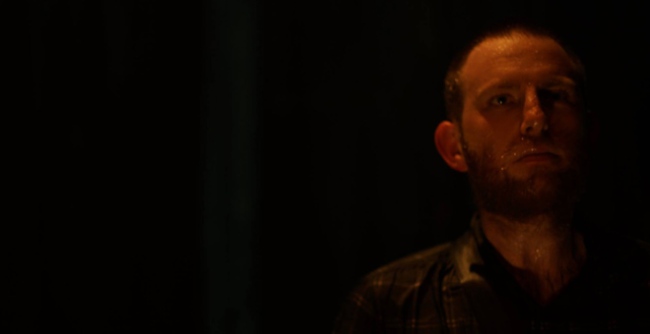 Something seismic happens when Kate Gaul embraces Enda Walsh. She serves up what we go to Indie Theatre for (reverent capitals intended). There is a theatrical simpatico on display that can energise a room with that skillfully woven enticement to unconditional self release that acts like crack on those of us with theatre-specific addictive personalities. Kate Gaul is able to rubbish the assumption that the text is better served by a “non-collaborative” director with Walsh, because there is something in the turn of his phrase, in his structure or in his manner of relating to subject that strikes a deep resounding gong within her, and calls forth a choral like concurrence. In social media speak, Kate Gaul “gets” Enda Walsh, and can enhance and deepen his vision to the point (I’ll controversially add) of possibly surpassing him – but I say that in the spirit of opening night banter and not theatre analysis. Enda Walsh is one of the best contemporary playwrights around, and while it might be easy to miss some of his more complex nuances, its tricky to totally balls up his plays – note my not so subtle backtrack. It’s just that Enda Walsh is better when Kat Gaul does him and vice versa – make of that what you will.

Add to this mix the wild and disjointed portrayal of Thomas Magill by Thomas Campbell and you have a powerful production by siren theatre company that surpasses its claim as a one man show. Misterman is a recorded conversation with Samuel Beckett, more in response to Krapp’s Last Tape than other Beckett plays, drawing on the ancient themes of Manichaeism to take its bleeding, desperate Christianity back to its pagan origins. Walsh presents Thomas Magill as a Manichaeistic Christian, reducing the world around him to the twin towers of good and evil, seeing a self-appointed holy man reflected back at him from the mirror, with the world around him largely presenting as succumbing to the intrusion of evil. His is a wicked world from which we are only saved by the small kind gesture and the drip drip drip of endless circuitous judgments of others playing over and over as if building a wall of protection. All zealots know the dangers of this kind of thinking, the extreme behaviors it can solicit. However Thomas Magill chillingly posits himself against those around him who he sees as automatons of thoughtlessness and therefore fertile minds for an evil that is desperate to take hold. “Let me in” are the chilling words to the woman on the boat in Krapp’s Last Tape. Enda Walsh suggests letting Thomas Magill in might save him and others, but makes it equally clear that the nature of Thomas’ religion forbids the close contact he craves.

Part of what makes this Sydney version of Misterman so intriguing is the confined space of the glorious dungeon of the old Fitz. When Misterman did its world thing in 2012, directed by Enda Walsh himself, it was always performed on a large stage, properly representing the decaying industrial site Thomas Magill is hold up in. Magill’s energy as he moves himself through the machinations of his repeated day take part in a kind of abandoned fortress in which Magill spins his own enormous web of memory and forgetting. But Kate Gaul moves all this to the small intimacy of The Old Fitz theatre, which calls forth a more tumescent performance from Thomas Campbell. He is an enormity in an intimate space, a whirling ball of misdirected power brought frighteningly up close and personal. This closeness makes for a tumid experience, with Campbell as the guide, slowly expanding and then viciously contracting the walls around him, drawing the audience into his world in a way that ricochet around the mind for days after.

All this energy and powerhouse movement around the stage asks a great deal of an actor. Biscuits drop from the ceiling, water falls, eggs are cooked, and speech is carefully timed with recorded messages – a lot happens in the seventy minutes. Kate Gaul has worked with Thomas Campbell before, but here the pairing shine, with Campbell clearly as equally moved by the text as Gaul. Thomas Campbell has a fascinating face, handsome and sexually appealing one minute, and twisted into a grotesque mask the next. He presents the fearful Thomas Magill with a gripping consciousness that holds the audience tight, keeping us spellbound. The various stage antics can occur as gimmicks to keep us all awake in lesser hands, but Campbell’s grasp on the audience is complete, so that it becomes as interesting to see how he will look in the next few minutes, as it does to follow the building suspense to his horrible climax. Its one of the best performances you will see this year in Sydney, and suitable for such a complicated and difficult script. When one performer on a stage can make you forget there is only one performer on the stage, you know you have something special on your hands. 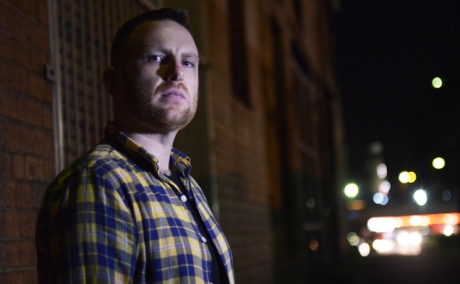 And yet, having said that, in Misterman particularly, the sound design and lighting design form their own characters from off the stage, giving the impression that Thomas, with his endless torturous demons, is never alone.  Nate Edmonson’s recordings from old reel to reel tapes and his imposing sounds from outside the world/mind of Thomas bring others into Thomas’ strange world and complete the sense of the dire and desperate place Thomas is in as he struggles with his memories. One of the challenges for any performer (director and rest of the crew) of Misterman is to be in perfect rapport with the sound designer, where timing and connection are directly translated to the audience. If there was a hitch on opening night, I didn’t see it, as the splendid ode to Beckett rings out perfectly timed in the gorgeous dungeon of the Old Fitz Theatre. Together with Hartley TA Kemp’s interesting and shifting lighting display, the entire seventy minutes of Misterman flies by, leaving one partly horrified and completely amazed.

This is a production you won’t want to miss. Highly recommended.