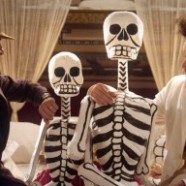 Posted by lisathatcher on June 14, 2015 in Film Reviews | Leave a comment

I’ve been reviewing some films for the Film Fest over at The Essential.

Evolving like some erotic fevered animal for words, Peter Greenaway’s latest masterpiece sees him devote screen time to his great idol Sergei Eisenstein, a man be believes set a benchmark for cinema that has never been equalled. Here, with the typically heated creative approach, Greenaway revolves almost an entire film around a bed, constructed on a set that provides for multiple vantage points and has his own Eisenstein (Elmer Bäck) perpetually waxing lyrical about sex and death, as a new found Mexican lover pours olive oil down his back and mounts him with an enormous Hispanic erection. Unapologetically Saussurean, everything is a sign, symbol and magnifier of the three great pillars of life (sex, death and birth) and the world of cinema and painting are, as with all Greenaway films, perfectly fused.

There is no doubt about it: Peter Greenaway is an acquired taste. You have to be of the continent, philosophically speaking, for a start, and willing to indulge in the unfashionable world of structural linguistics to which Greenaway adheres and from which he refuses to turn away. For any reservedly arthouse filmmaker to work their way into the mainstream (or at least the margins of it) is astonishing, but particularly so in the case of Greenaway, whose artistic philosophy is so grounded in an aesthetic that is supposedly debunked by the analytic philosophers of the modern West and contemporary linguists. It’s this aesthetic commitment to the relationship between signs, symbols, words and the hyper-realised image that makes those of us who adore Greenaway so passionate about him, infuriating and confounding critics of structural linguistics perhaps too quick to dismiss what Lacanians and literary theorists can see. 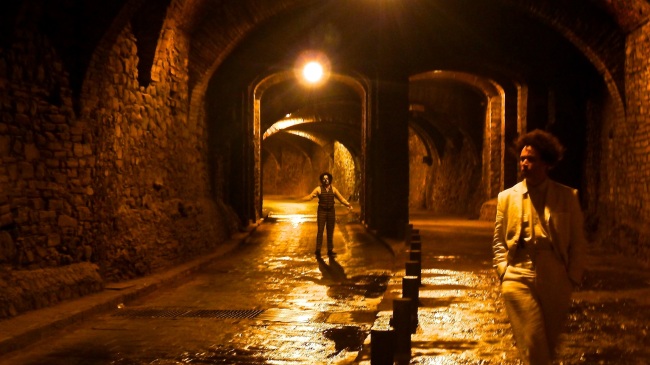