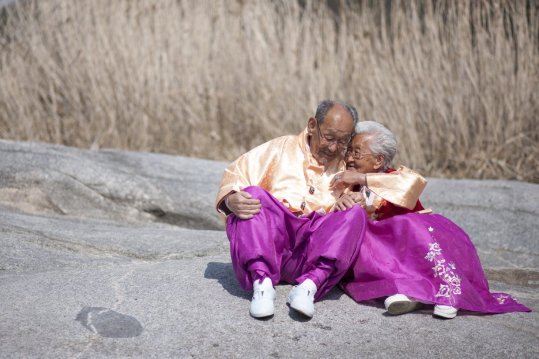 My love Don’t Cross that River is now showing at the Sydney Film festival. You can grab your tickets here.

My love don’t Cross that River is a South Korean film made by Jin Mo-young in 2014. It’s the story of a seventy-six year-long love affair between a husband and wife filmed over the last fifteen months of his life, which became a smash hit in South Korea and the most commercially successful documentary of all time. Now its winding its way through the festival circuit so that other cultures can enjoy what is, ostensibly, a real life rom-com that manages to capture the spirit of the romance comedy in a way that fiction can’t properly grasp. The story of the marriage of Cho Byeong-man and Kang Kye-yeol plays itself out, sometimes through casual interviews, sometimes through recreated scenes that hint at affectation, sometimes through the gentle interaction between the couple around life’s little rituals. It’s the story of a powerful love that overcomes life’s biggest trials, but more importantly endures the tedium and petty banalities that emerges over eighty-six minutes leaving the viewer with the sense that the wisdom of age isn’t about clarity and insights, rather its about knowing what burdens to carry and which to shirk. 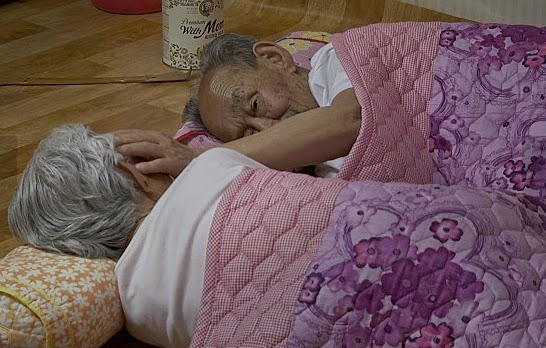 This is a marriage built as much upon what didn’t happen as what did. In a chilling scene, Kang Kye-yeol describes being married off at fourteen and being terrified of her new twenty-one year old husband who had arrived to live and work with the family whose young daughter he was to take for himself. Cho Byeong-man took the young girl as his wife, but made no advance on her, not even to hug or touch her, untill she came to him of her own free will. This took more than three years, and finally when Kang Kye-yeol approached him and hugged him, they slowly began their physical relationship. To see a teary-eyed seventy-nine year old woman say that she will be forever grateful to her husband for not taking her before she was ready is a powerful statement about the respect that establishes the foundation of a marriage, but also about the silent power of a man in control of his place in time and history, able to see past legal rights, traditions and entitlements to the importance of trust and dignity in establishing a long-term relationship with a significant other. Here is a couple who understand passion as opposed to lust and love as opposed to desire. While some avenues of the West might decry the so call fall of masculinity in the wake of feminism, its men like Cho Byeong-man who fulfill’s and live’s the role of the hero, the white knight and the man of silent power in which our mythology has all but lost faith. 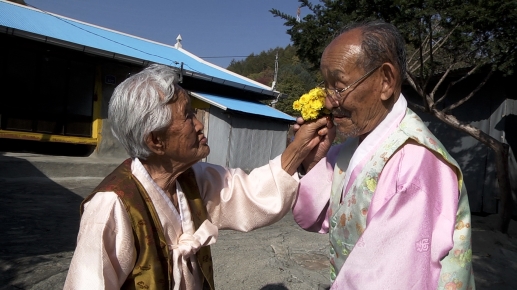 There are moments where one gets the idea that this couple might have preferred to be alone in their last fifteen months on earth together. The love they share needs to be celebrated and appreciated, but some of the scenes are particularly intimate, and Cho-Byeong-man’s deteriorating health is troublesome and difficult to watch. Scenes where the couple cry together over the loss of three of their six children to tragic circumstances and talk of Cho Byeong-man meeting them in the afterlife are devastating in their simple clarity. The camera still and observing as the couple communicate without words feels as though it could be an intrusion, but then part of Jin Mo-young’s point is that nothing can penetrate the silent conversation that continually passes between the two. Another scene in the film when the family come to visit in preparation for Cho Byeong-man’s death shows scenes of children begging parents to forgive them, leaving the audience with the strong desire to phone their own parents on the way out of the cinema.

But that’s the sort of film My Love Don’t Cross That River is. It’s emotional in subject matter, yet understated in style, so that access to the story of the couple is unfettered and open. the lifestyle of the couple is very Korean, but this serves as additional interest as we watch them go about their remarkably agile daily life. This is the sort of film that catches you by surprise and one you will not soon forget.