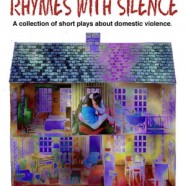 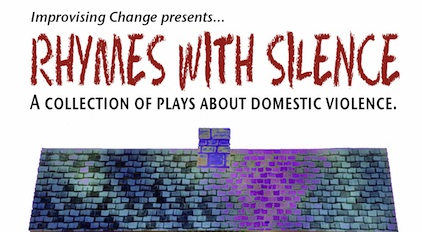 A poignant poem sits at the end of the program for Rhymes with Silence currently playing at the 107 Projects theatre space in Redfern. It is by the great writer Kate Rotherham, who’s chilling ten minute play As a Mouse is one of the thirteen that are part of the Improvising Change theatre companies production. It addresses our questioning of female victims of domestic violence, and ends with the lines: “You don’t ask him/ Instead you ask me/ You ask me the same question over and over/ Why don’t you just leave? You say/ Why doesn’t she just leave? They say/But I’m too tired and too sacred and too broken to answer you. So why don’t you just ask him?” It’s a simple and yet powerful poem about our strange collectively hysterical refusal to address the issues of male inflicted domestic violence at its cause. Why do men hit women? What gives them the right? What makes them think their pain is worse than that of anyone else? How do we stop them doing it?

Instead the question is always the same. Why doesn’t she just leave?

I once read the distressing story of a woman so broken, whose love and forgiveness were so abused, that she was frightened that if she left, He would kill her dog. She could take it, she felt, but she didn’t want Him to turn on her beloved pet. An animal that had probably comforted her when she was too terrified to go to her own bed, that had kissed her when she lay bruised and wounded, and sat by her in the dark as she waited for Him to get home from the pub, hoping her obedience would solicit a good mood. Asking her why she doesn’t leave when she has nowhere to go and He has sworn he will find her and kill her if she does, is a useless and stupid question. It is stupid when the average escape attempts a woman has to make before she is successful or killed is seven. It is a particularly stupid question when the NSW state government are handing domestic violence refuges over to religious bodies whose first act is to open the refuges to men, and engage all male staff with no expertise in domestic violence as the first port of call for women who have become homeless due to domestic violence. The central question around domestic violence is never why does she stay. The question should always be how do we stop it?

If you are a good, kind loving person who doesn’t understand why the women stay in abusive relationships, then Rhymes with Silence is for you, your family and friends. You are in a majority, with that opinion. Unfortunately it is a majority that is having a devastating effect on something very serious, and just as it is the responsibility of all of us to care for ourselves and our children, it is our responsibility to become informed about matters over which we have some control. In a democracy it is our obligation to be informed, because we control the government. If you are one of those good people, who asks why doesn’t she leave when you hear one woman a week dies from domestic violence in Australia, then you need to take that question seriously, and find out why she doesn’t leave. 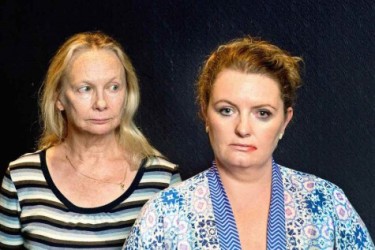 The best way to answer that question, and get the focus off the symptom and onto the cause, is to attend Rhymes with Violence. A group of nine writers who understand and answer your question for you. They very successfully bridge the gap between society and these alienated women who just want a chance to be strong and raise their kids with courage, but whom have lost the will and the drive to speak out about their situation. In many cases they are forced into isolation and victim protection in order to stay safe, so they can’t speak out. Rhymes with Silence gathers a group of wonderful creatives who make the problem as clear as they can, in often very stark and confronting ways, so that you never feel you have to ask the question again. Because now you will know.

But don’t think it’s all doom and gloom. Theatre writers know how to keep you engaged and entertained, even when the subject matter is as complex and unpleasant as much of it is in Rhymes with Silence. All thirteen short plays are excellent, but the standouts are the one woman shows, three of the plays where a lone woman on a stage tells her story in a fearless and engaging manner. Other highlights are shows taken from the direct experience of women who have told, or rather revealed their stories in a safe and sane environment, and a small group of creatives take the story and interpret it for a short piece of theatre. But really, all the plays are good, with women and men taking courage to stand on the stage and perform what can (particularly in the case of the male actors) be unpleasant situations and horrible characters. But the committment to fine performances brings the issue alive and transplants the audience into the living rooms, the bedrooms and the kitchens of these homes that becomes places of horror.

I hadn’t heard of the Improvising Change theatre company prior to this performance, but I was moved to see what a great force for change theatre can be. Rhymes with Silence is definitely a profound experience that results in complete immersion in a difficult problem we all need to face up to. 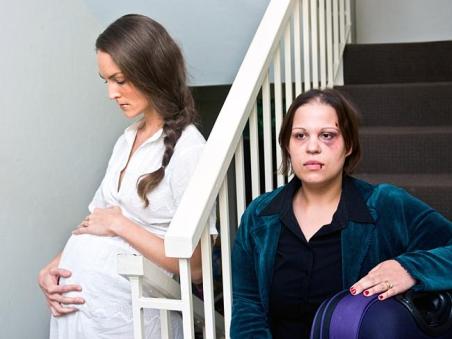