Music Reviews at The Essential

Posted by lisathatcher on March 30, 2015 in Music Reviews | 2 Comments 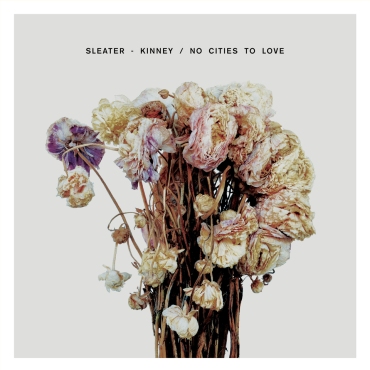 I’ve reviewed some great music at The Essential recently, so check out some of the links below:

Sleater-Kinney: No Cities To Love

Through the mire of contemporary left wing labeling and the burdens of consciousness for a myriad of social ailments, Sleater-Kinney’s strength is their ability to do their thing and trust themselves. Forging a path through culturally underrepresented hot topics, usually defined by a void in the popular landscape, left-leaning artists can get bogged down in the heat of that underrepresentation, suddenly painfully aware of everything they didn’t say, or falling into a crticised trope merely for speaking out. This is particularly so for the two political groups Sleater-Kinney are pin up girls for, feminist girl bands and sexual diversity. Their post-punk aesthetic is able to remain indie popular largely due to the continuing marginalization of their hot topics. It can be argued Riot grrrl power comes from the marginalization it criticizes. However, who wants to fall into the kind of Billy Bragg obscurity due to the death of post-Thatcherism, in a self aware, saturated post-9/11 world? (read more here) 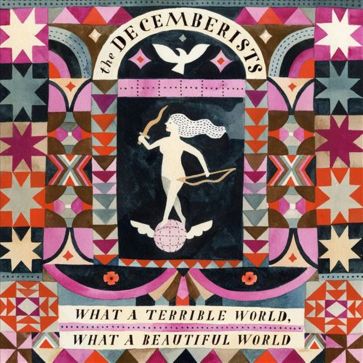 The Decemberists: What a Terrible World, What a Beautiful World

Despite expectations to the contrary, The Decemberists have made a career from a celt-infused prog teetering precariously on the border of the operatic, combining an ancient lyricism with an anthemic absurdist enormity that unapologetically taps into the most overwrought emotion in its rambling enthusiasm. The Portland band have been enthusiastically received right from the start since Five Songs, with each album representing one side of an alternating engagement with excess and restraint, probably culminating in their 2009 album The Hazards of Love which famously contained “The Rakes Song”, an ode to infanticide and the freedom gained by refusing familial ties. The album combined the unrestrained creativity of Colin Meloy at its most fecund with a passionate series of guests plucked from the who’s who of indie cool, though it tested the patience of the transitory fans who preferred the practiced and beautiful control of The Crane Wife. The Hazards of Love was followed by another example of Meloy’s lyrical light touch with The King is Dead. Now, at the start of 2015, we have the next Decemberists offering, that this time ignores the preceding patterns and tickles rather than taunts the listener. (Read more here)