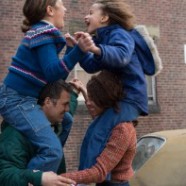 Posted by lisathatcher on March 30, 2015 in Film Reviews | Leave a comment 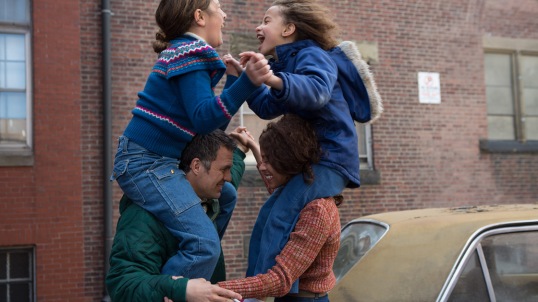 While Maya Forbes’ film is openly autobiographical (it depicts a period in her life when her mother moved out to attend New York Business school and their bipolar father moved in to care for them) it has a broader and very interesting statement to make about economic barriers and the impact that might have on a family unit. It spans a generational shift as a hippie couple decide to marry and raise children while the world was undergoing an enormous transformation in response to economic philosophies. The refusal of communism was leaching into all socialist values and a very conservative approach to money was starting to coalesce with what we saw as principled behaviour.

This is exemplified in Cam’s family, a very old very wealthy New England family whose allocation of the enormous wealth happens in response to the charitable idiosyncracies of the matriarch currently in control of finances. Cam’s family is struggling, but he can’t ask for money. It isn’t polite and it implies an inability to fend for oneself, a refusal of self-reliance or a denial of a white middle class “can do” attitude that has become entrenched as a character value in our current society. In Forbes’ beautifully written script a delicate questioning of these attitudes emerges as through the character of Cam we see that a strict adherence to principles doesn’t just protect us from those who might cause harm, it also shields us from the variances and scattered patterns of the chaotic human existence. 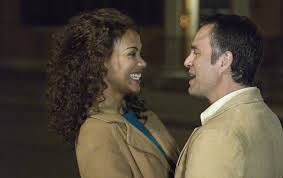 Cam Stuart (Mark Ruffalo) and his wife Maggie (Zoe Saldana) have two young girls, Amelia (Imogene Wolodarsky) and Faith (Ashley Aufderheide) they are raising in a house filled with chaotic love. Cam suffers from bipolar disorder and will take the girls out of school on a whim, or dramatically invade the personal space of a neighbor with the best of intentions. He is medicated, but after a particularly bad breakdown, is hospitalised and Maggie, Amelia and Faith find themselves forced to leave the country lifestyle by moving to Cambridge where Maggie’s low wage barely gets them through and the girls attend the local, poorly funded socially exhausted school. Maggie wants a better life for the girls, and believes this begins with the great education she and Cam were gifted, so when she is successfully accepted into Colombia University’s MBA program, she is forced to leave her girls for eighteen months as she goes to pursue training that will result in highly paid work. Cam, who has been successfully rehabilitated, is back on medication and living successfully alone, is invited to move in with his daughters and care for them while their mother studies and returns to see the family on weekends. 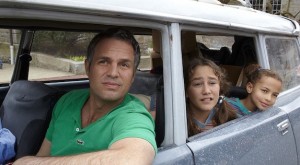 The films attitudes to money and its control by unseen forces is depicted primarily in Maggie’s need to leave her children in order to gain education, but it cleverly extends, tentacle like, through all facets of Cam and Maggie’s life. Cam’s manic behaviour results in an apartment awash in unfinished projects, as Maggie tries to explain it is quaint when an old monied white person embraces an eccentric life of poverty but it is not the same when a black person does it, as Maggie (and obviously her daughters) are black. Cam’s bipolar condition prevents him from holding down any job that can’t constantly stimulate him, and so he must be poor, a point he makes clear in his gentle chiding of Maggie for her middle class can do attitude that is appropriately disciplined and rewarded. When help from a very wealthy relative does come, it is in the form of a hand out so ludicrous, and completely distanced from the predicament Cam and his family are in, that he must refuse it. When Maggie searches for work after successfully completing her MBA, Cam can’t get the family firm to “make a place for her” as they would for the equally as qualified white males of the family. Maggie lies about their address to get the girls into a good school district, but are thwarted in this by their neighbours who become vicious and angry that they might be getting away with it. Money, we see time and time again, isn’t just a reward for effort, it is also a gatekeeper the power of which the wealthy wield with a perverse and ridiculous judgment that has no firm rules and changes its patterns on a whim. 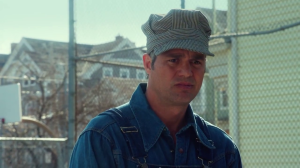 Infinitely Polar Bear is drenched in the aforementioned chaotic love, and this has decidedly worked against the film, as it is clear Maya Forbes doesn’t want to depict any of her family members in a harsh light, even has she is equally desperate to draw real characters who come from a real life. It is a celebration film, in effect, a tumultuous act of gratitude to her parents and a clear act of love. Recognised as a gift to her family the schmaltz clears the way for the more important and interesting messages, which are not sullied by the sweetness. Also, as a director, Forbes gets great performances from her leads, particularly Mark Ruffalo who can always be depended upon to portray realism with a dash of sunshine, but never needs to imbue his performances with a misplaced charisma that steals focus from plot or those he shares a screen with. He’s a very fine actor and it is truly exciting to see him with a role that brings out his best, a man whose unpleasantness is a transparent sheen against a vibrancy of life that all of us envy.

For my money, Infinitely Polar Bear is one of the better films I’ve seen in 2015 so far. A wonderfully interesting family dealing with the overwhelming insistence on the mundane by the monied elite. 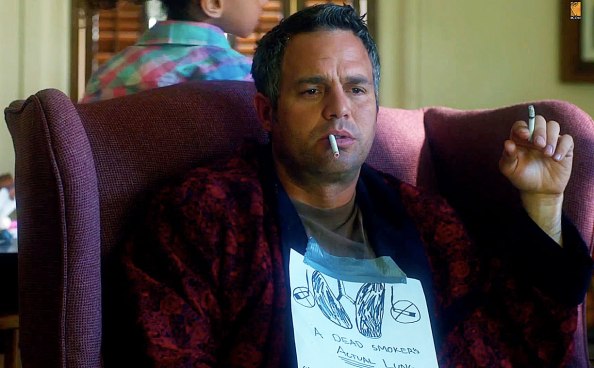