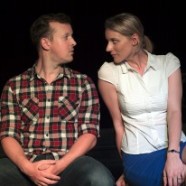 Posted by lisathatcher on March 17, 2015 in Theatre | Leave a comment

And Now To bed

Level 4, The Kings Cross Hotel. You can grab your tickets here.

One of my ex’s was terrified of sex. Not just sex with me (!) but of the devouring intimacy of it, the reckless feeling of being out of control and the teetering on an abyss that threatens to destroy all that tumbles in. We seem determined to make sex something else; a product of love, an act of procreation, a temporary impulse, a yardstick measuring self-determination, a need, a want or a force. Every definition contains its own refutation as every sexual encounter contains its own inadequacies. I’ve heard from psychoanalysts that people lie more about sex and money than anything else, and it seems to be one of the few constant truths. Sex is almost always constrained by lack – lack of variety, lack of experience, lack of intimacy, lack of self-expression, lack of freedom, lack of opportunity and so on, as if the dissatisfaction we all feel with it has something to do with our circumstances and not with sex itself. Desire makes promises sex can never properly live up to pushing us relentlessly forward in our attempts to cage sex in as a bi-product of love, an act that makes a baby or a driving force that is never satisfied. All and any of these definitions of sex trap it and commodify it. It becomes such that sex is impossible to define without its political associations.

Enter And Now To Bed, the third installment of the table talk trilogy by theatre company Subtlenuance (Daniela Giorgi and Paul Gilchrist) bravely moving through the three conversational taboos – politics, sex and religion. And Now To Bed is the final installment in this delicate yet powerful series that sees actors relinquish their personal story to a writer, who embodies it, changes it, makes it their own, and then gifts it back to the actor who has to perform it as if it were an alien work. It’s an exciting process that makes for one of the best nights of theatre on the Sydney calendar, as the audience watches each performer taking on the character that is themselves. Each of the seven works depicted, like each of the trilogies, is monologue driven. You’ll find no full frontal, little titillation and an allergy to the gratuitous. And yet, And Now To Bed never sets itself apart from theses aspects in judgement, rather it assumes them to already exist. This is a play where people tell you their story. A story they bravely relinquished and re-appropriated that assumes maturity in the audience already always understanding the hormonal aspect of sex. When a sparkly eyed Jennie Dibley speaks about the electrical currents that reverberate from the touch of a hand, we know exactly what she is talking about, without her being ravishingly naked.

So, if And Now To Bed is not about the sexually gratuitous, and includes the distance of the other’s intrusion in the confessional monologue, what is it about? Ultimately, it is the seven stories of seven individuals who talk about sex as it applies meaning to their life. A overwhelming urge to tell ones own sex story overtakes at the conclusion, as if what you saw, brought to the fore a context for discussion about experience. Talking about sex always contains the dangerous element of seduction, but Paul Gilchrist manages to evoke a secure space, in the middle of Kings Cross to discuss sex and its impact on each individuals life, separate from a flirtatiousness that borders on appropriation. If sex in Kings Cross is all headless body, then Gilchrist makes a little space for the head. (Enjoy the pun) That essential and yet ignored aspect of all sexual congress.

Some of the stories are unique and some are all too familiar. The night begins with Paul Armstrong (as written by Con Nats) and Shauntelle Benjamin (as written by Donna Abela) each discussing sexual encounters strangely missing from our usual conversations (or are they?) including bi-sexuality and sexual relationships with couples. Erica Brennan (as written by Mark Langham) snuggles between them with a very funny segment that is familiar to all of us, that of the sexually bereft eventually finding a place for sex in their life. This sits nicely with the final monologue by Richard Cornally (as written by Sarah Carradine) that replaces endless sex with a meaningful intimacy. Monogamy becomes a solution to no sex and too much sex. Edric Hong (as written by Melissa Lee Speyer) reveals the torrid early days of sexual awakening in response to primary school and religious discipline, and includes origami in a beautiful splash of colour. Eleanor Stankiewicz (as written by Katie Pollock) brings a very funny and vibrant take on the political intrusion into sexuality, that struck a particular note for me, as so much sex is now tied to where you stand on the political spectrum. In the midst of it all, Jennie Dibley (as written by Margaret Davies) tells a very simple tale of a young woman in the early 1960’s discovering sex and the problems of misinformation. “Knowledge is power” was repeated more than once in And Now To Bed, and it seems despite the access to information we have today, it is still a very pertinent issue. 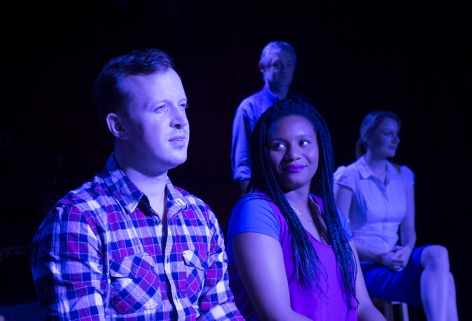 An interesting observation, five of the seven pieces end in a happy monogamous relationship, and while I belive very passionately in monogamy, this conversation seemed infused with a desire in the performer to appease an audience attending partner rather than prompted by a strong desire to be frank. It reveals something we almost never discuss about sex – kindness, and the role it plays in our physical connection. It seems it is true as my ex stated. With sex comes great fear and vulnerability and it is the expressed kindness of a loving other that obliterates tactical acumen, a courageous libido, or a variety of experience.

And Now To Bed brings all the aspects of being human to the sexual discussion, including our desire to relieve the other of their awkward nakedness. Highly recommended. 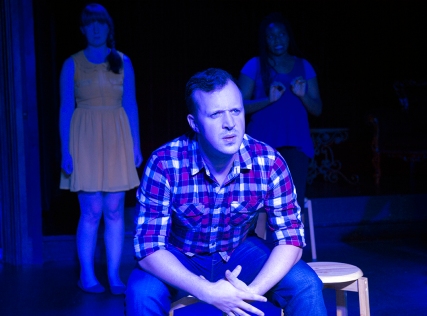