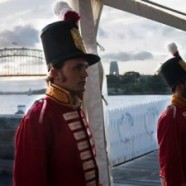 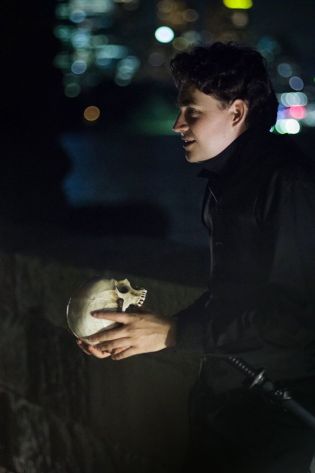 on Fort Denison every Monday evening through to April 27

You can grab tickets here (currently sold out, but look for more performances)

There are many pleasures to be had on our Sydney foreshore, but few carry the cultural wit and charm of the Sydney Shakespeare Companies current production of Hamlet, which bears the twin pleasures of being a unique interpretation and located on historical Fort Denison. I have never seen a group of people so subdued by beauty as I experienced at interval, a small picnic banquet provided by our Danish hosts on the grass beside the Martello Tower during which the overawed group ate and drank in virtual silence by candlelight. We even retained our awed silence on the ferry trip home, those at ease enough to chat with their neighbor kept it to hushed tones. it was just so beautiful to see that play, performed by that company in that location at sunset we wanted the spell to hover over us for as long as possible. 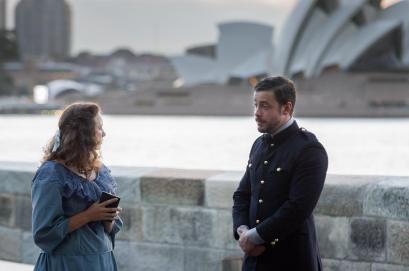 Artistic director of The Sydney Shakespeare Company Steve Hopley has a passion for Shakespeare that sees him return to the oldest texts available and re-imagine his own interpretation. In his directors notes, he explains this is primarily to keep his productions unique and to “…free the cast from the choices of academic editors who have, for the most part, never spoken the words aloud.” Be prepared for a different Hamlet, a relaxed Hamlet and above all, a profoundly intimate Hamlet. The deliberately small crowd blend in with the performance immediately, being encouraged to follow Horatio from the start, in a delightfully clever blend of narrative truth revealing itself. Is Horatio telling the tale, or are we in Denmark experiencing it first hand with him? The group follow Horatio around the setting, moving from room to room, seeing ghosts, witnessing Claudius’ guilty prayer by the cannons of the Martello Tower and even hiding behind the tapestry next to Polonius as he is stabbed to death. It is impossible not to connect deeply with the unfolding drama, and Hopley’s naturalistic style brings events even closer to personal experience. 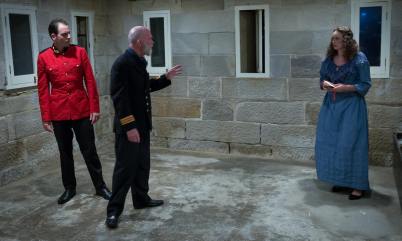 This interpretation of Hamlet makes full use of Fort Denison. As soon as we take a step off the small ferry that transported us back in time (or so it feels) we are part of the other world, moving around the sandstone structure as witnesses to the demise of the house of Hamlet. Because of the potency of the setting, the heavy weight of impending decay settles powerfully over the monarchy. A sense of tight suspense replaces the loyal academic fascination that unfortunately accompanies Hamlet so easily these days, and remarkably, this play becomes something fresh. We see the remnants of the wedding feast, see the Elsinore actors perform in the restaurant, watch the ghosts move around the grassy area above and closet ourselves in small claustrophobic rooms to witness Hamlets two great confrontations with the women in his life. Steve Hopley is a witty, clever and understated Hamlet, never detracting from the beauty of the surrounds, and yet completely engaging us so that we barely notice the sun setting and the lights of Sydney splayed out before us. Not until we reach the graveyard, and he holds Yorrick’s skull, the beautifully lit Sydney Opera House behind him, do we have a sense of the spectacle of the surrounds overtaking the beauty and subtlety of the performance. These moments are rare, and mostly the spectacular surrounds blend in beautifully with the play as if it were always meant to be performed in that location. 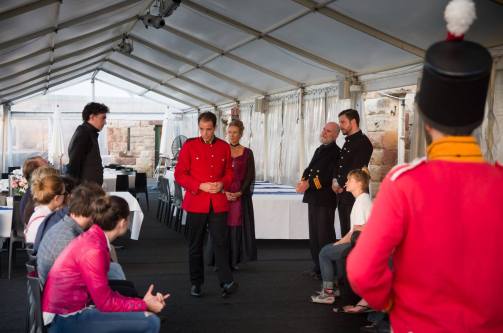 Hopley doesn’t just direct and perform, he has also assembled a wonderful cast who rise to the complexities of the occasion to perfectly manifest their roles. I didn’t get a chance to speak to them after (we are whisked back to our own time by ferry fast) but I was very interested in the role the setting played – is it easier or harder to be in Hamlet out there in the middle of our harbour? From the witnesses perspective, it must be assumed to be easier because all the performances are superb, particularly Peter-William Jamieson as Horatio who not only has to perform, but is our guide around the island and through the play for most of the performance. His focus and dedication ensures any time you feel even slightly lost, or (as I regularly did) overwhelmed by the magnitude of it all, he is there to shuffle you into the right spot, hurry you along if you’re tardy and encourage you to grasp a sword or take front row at a play within a play. Even so, all the cast are dedicated, never varying in intensity for the slightest moment, no matter if birds, engines or the spectacular Sydney night lights threaten to distract. 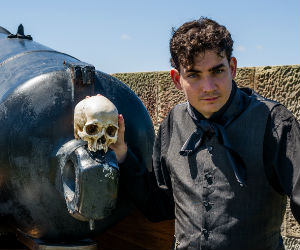 With a cast as enormous as that of Hamlet, it is inevitable that role sharing happens on occasion, but these shifts in perspective were handled by each performer with great skill and professionalism. Particularly Richard Hilliar who not only embodies the tragic Laetres with so much youthful machismo and dashing hopelessness (Steve Hopley had all the sword play choreographed so that it occurs as horrifyingly real) but also as one of the players, eventually incorporating delightful shadow puppetry into the show. In a seamless segue as we eat our light meal, the puppet show is set up next to us, and we watch mesmerised as if it is impossible to break our own character. Benjamin Bonar, Matt Stewart and Brendan Taylor move between various roles with a sublime ease, facilitating the neat transition that can so often appear confusing. Chris Miller is a commanding, sly Claudius, enigmatic and convincing, not only in his role, but in his position as the new monarch. His Claudius makes us feel as though we are before a king, and when we witness his prayers as though we trespass on the rarely revealed vulnerabilities of true nobility. Likewise Paul Russell brings a new level of wit and accidental wisdom to the role of Polonius, always leaving us a little in doubt of his weakness. Is he a genuine fool, or an insightful socially awkward dill? In Paul Russells hands, Polonius becomes the uncle we all try to avoid at weddings, who can’t help his piercing social gaffes. 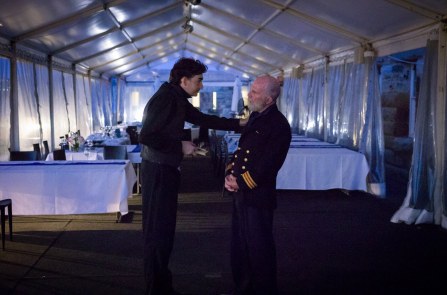 The two all important woman who create the axis and the satellites of fate around Hamlet, his mother Gertrude and lover Ophelia, are superbly played by Emily Weare and Lana Kershaw. Weare is a noble Gertrude, playing Hamlet’s mother as if she were wise and gentle, never calculating or faithless. It is refreshing to see a Gertrude loyal to her kingdom, her actions appear to be political and just. Weare and Hopley make an understated and yet vicerally raw Hamlet and Gertrude leaving interpretation of this most complicated relationship in the hands of the witness. It’s a relationship styled more after Xavier Dolan’s Mommy than jones’ Hamlet and Oedipus. Differently again, Lana Kershaw embodies all the myths and theories about Ophelia, making for a beautiful and horrifying performance that reveals the tragedy of females forced to deeply feel consequences of actions our of their control. Ophelia is such an important, complicated, fascinating role and Kershaw brings a universe of possibility with her as she embodies this feminine divine.

2015 has gifted me many fine and thrilling productions, but so far Hamlet on Fort Denison has been the most rewarding and unforgettable experience. Fan’s of the play particularly will be we rewarded. Highly recommended. 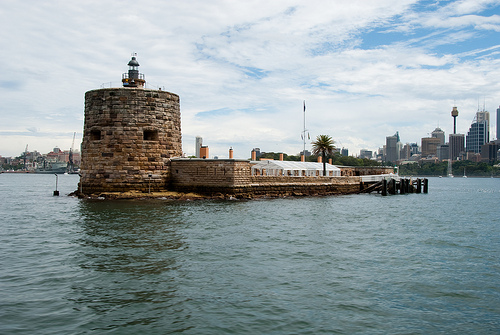