Home » Film Reviews » The Imitation Game – How many copies do you want? (Film Review)

The Imitation Game – How many copies do you want? (Film Review)

Posted by lisathatcher on January 1, 2015 in Film Reviews | 2 Comments 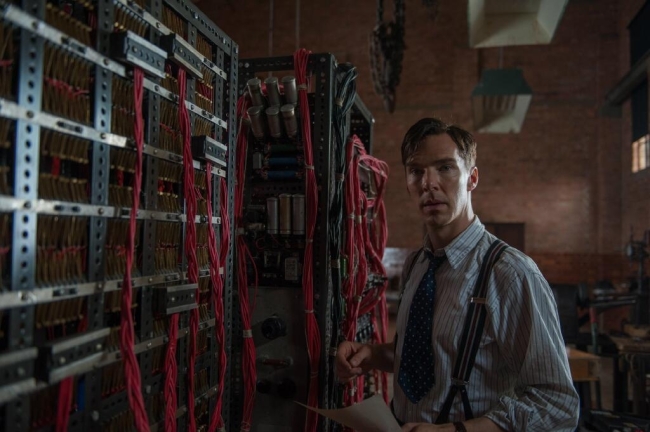 Think of all the worst clichés about mad scientists, the “driven genius” and closeted homosexual males consumed by intense frustration resulting in profound works of greatness and you have The Imitation Game, a clumsy, frustratingly banal film more interested in preserving the mythology around masculine genius (complete with tics, physical awkwardness, ugliness and a delightful penchant for upholding the mystification of mathematics) than it is in paying genuine homage to a truly interesting man. The Imitation Game stoops to that “he’s just like me” level of connection, designed to make anyone who has ever struggled with slight social awkwardness feel like they are a brilliant code breaker if only the world could see them for who they really are. The Imitation Game shamelessly tugs at heart strings using plot devices like wining over the originally antagonistic crowd, and the country turning on its own war hero to transform itself into an inspirational drama whose only true value in the future will be in motivating masturbatory goal setting practices for procrastinating wannabees.

The Imitation Game is Norwegian director Morten Tyldum’s first fully English speaking film, and his third box office hit after the rom-com Buddy (2003) and the enormously popular Headhunters (2011) neither of which I have had the pleasure of seeing. Tyldum is another one of these enthusiastically welcomed music video directors turned filmmakers which may or may not be an impressive judgement depending on how much you value these creative contributions. The film’s clichés come from a certain film genre (the inspirational bio-pic as I mentioned above) but the flashy look and the salesman-esque transformation of subject into object is very music video, where the advertisement and the product are one and the same. The Imitation Game is a film passionate about selling itself, from its accidentally feminist heroine (Keira Knightly – who is actually quite good in this) through to Turings portrayal by Benedict Cumberbatch that topples into the worst of clichés, the film stretches out to envelop the viewer into its warm embrace, constantly expanding the notion we stand united with the outcast. Never does The Imitation Game challenge the viewer into the horrifying truth – which is that Turing was an outcast, and would have been hated by ever member of the audience at some point if we all actually met him.

But there is so much to lurrrrve about The Imitation Game. First of all, it’s a Hollywood film made by a Scandi getting off his artistic high horse and making pop-feel-good-films we can all enjoy. Second, Graham Moore originally wrote one of those black list screenplays that for some bizarre reason give people the false idea they can sneak in a back door to Hollywood with their as yet unwritten masterpiece. The film is rather beautiful with great Spanish cinematographer Óscar Faura in fine form, and it has an exquisite score by Alexandre Desplat, two points which are likely to garner the film Oscar noms in that all important race.

But it is, above all else, a terrible screenplay and a false, light-weight film that appallingly nestles itself into feel-good mode when the true story of computer scientist Alan Turing is one of tragic sadness alongside a remarkable commentary on society’s inability to recognise essential genius when it crosses swords with mass-morality. Three very interesting and important opportunities for enduring points to be made are squandered by the film: the nature of the Allies secret accomplishments in winning WW2 when credit constantly goes to the Americans; the invention of the first computer; and the appalling nature of his persecution and death by the British citizenry due to his homosexuality, a wrong only publicly righted in 2009 with an apology by Gordon Brown and in 2013 with a posthumous pardon (!) from the Queen. 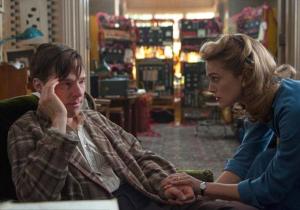 Given the serious importance of Turing’s scientific contributions, the screenplay does little more than expand a Wikipedia level of interest in the accomplishments of Turing, keeping it simple for the no doubt simple audience who will get bored if we try to go into too much detail about the man who came up with the first computer and is considered the father of artificial intelligence. I would have thought a society as Steve Jobs obsessed as ours would have been able to handle a more complex study of the man and his work, but apparently not. Even the all important machine built to break the German Enigma code is served to the audience with more focus on visuals than operational mechanics. Turning is painted as an inaccessible genius, refusing to accommodate a society he is obviously so far above and therefore misunderstood by all those around him. Horribly, for the first few scenes, Cumberbatch’s performance taps into Jesse Eisenberg’s as Mark Zuckerberg in The Social Network, as if all computer cleverness is equal and all equally mysterious. It’s an obvious and odious connection that belittles the ‘RL’ man and all he accomplished.

So, as if nothing has changed and to emphasise that idea, The Imitation Game serves itself up with infomercial level knowledge as an inspiration to have us all achieve more as we go about our daily lives. If feel-good is what you’re after, and let’s face it, a great number of us go to the movies to feel good (and why shouldn’t we) then you can do a lot worse than The Imitation Game. Just remember that it remains disrespectful to Alan Turing.