Posted by lisathatcher on November 10, 2014 in Film Reviews | 3 Comments

Like Lucy earlier on this year, pseudo-science keyboard warriors have come out in droves to trash Christopher Nolan’s ambitious, long sci-fi flick Interstellar, and also like Lucy, it doesn’t matter how many times Kip Thorne (upon whose work Interstellar is based, and who acted as both scientific consultant and executive producer to the film) or in the case of Lucy, Luc Besson explain that they have taken certain liberties for good, sound and solid scientific reasons, the internet is awash with white noise that, in the case of Interstellar, one hopes simply drives more people into the cinemas to see it. It’s worth nothing it needs to be seen in IMAX, as Nolan loves his anamorphic 35 mm film and the many hand crafted sets comes to spectacular life specifically because of the absence of CGI and the specifics of IMAX film photography. Whatever your opinions about the dialogue and the plotting and the resplendent exhilarating physics, no one disputes the way the thing looks and there is more scope for visual immersion than anything else in the film. It’s a real build on previous sci-fi greats, specifically 2001: A Space Odyssey and Tarkovsy’s Solaris (not the Soderbergh one) and on visuals alone, can claim it’s place in that great oeuvre. If it wasn’t for its close proximity to Gravity, it would easily be the best “space movie” we’ve seen for years, and in time as we get our heads around it, will probably supersede Gravity in excellence.

Interstellar is a film divided into three primary acts, the third of which rescues the previous two, gives depth to the ‘hokey’ dialogue and expands the notions of time-free exterior space in alignment with time-bound interior space, which is undoubtedly one of the primary themes of Interstellar. Problematically the multiple treatment of the themes of time/interior/exterior/love/loss all within the shadow of the expanse around us dissipates in the initial reaction sci-fi tropes (of which Nolan takes full advantage) command. Interstellar expects us to elongate and magnify our relationship to the genre, teaching us something about ourselves in its method rather than in its narrative flow. It’s a film we will appreciate more in ten years time, but Nolan is fully aware of this, and has taken the risks necessary eschewing the inevitable knee jerk reactionary position in favour of crafting a specifically long-term commentary on our relationship to sci-fi, space movies and scientific research inside and outside of film. For example when Nolan suggests in the future NASA will be a virtually illegal underground organisation starved of funds which have been channeled into agriculture because the dying planet earth is starving, one is immediately reminded of the funding withdrawal of U.S. to the Large Hadron Collider project, whose multi-million dollar experimentation couldn’t properly defend itself against contemporary economic demands for explainations. This is more than a ‘hokey’ play at the audience’s heart-strings by displaying the ‘American farming heartland’, it is a commentary on a culture that refuses education to the qualifying poor in preference of them becoming work drones to continuously feed a dying system on a dying planet. Despite the cries that Nolan bludgeons his audience with rank sentimentality, this very accusation arises because he assumes a great deal of intelligence from his audience and doesn’t labor any of his points, rather using certain tropes against themselves. This leads to our initial problem of missing his point. However his many points are so well executed, we will be drawn to re-watch Interstellar and we will slowly stretch ourselves into Nolan’s rock solid perspective.

Much has been made of the spectacular imagery, the most accessible and easy aspect of the film for us to recognise, and I won’t go into its beauty here, suffice to say as I did in the first paragraph, its worth seeing Interstellar for that alone – and over again for the other, deeper themes that have been delivered with some complexity. It is ambitious in scope using its access to Kip Thorne not only to ‘get the physics right’ but also to make a play for an alteration in the way we experience cinema, ‘creating a wormhole of his own’ (a wonderful quote I stole from the absolute best review of Interstellar I have read, by Vivenne Sobchak) thought his intricate awareness of all that cinema is capable of, not just as viewed object but in its ability to draw us out of that passivity. The multiple dimensions of space-time are not simply revealed to us through dialogue and mise-en-scène, but also through the structure of the film itself, its narrative flow constantly turning back on its own objective. Thus, narrative (including dialogue), structure and mise-en-scène work together to play out the tension between intimate and exterior space-time, and then in the final third of the film, work in unison to rectify the seeming discrepancies inherent in the films earlier two acts. So, if you have an experience of frustration at what you imagine to be ‘hokey dialogue’ (a term being brandied about in commentary on this film) in either of the first two acts, Nolan planted it there, and expects you to remain with him to resolve it – which he fully and completely does – in the third (and ultimately splendid) third act. (Read Vivienne Sobchaks piece for an expansion on this idea.)

In the first of these three acts, Nolan portrays a ‘future’ where an exhausted earth is slowly killing its inhabitants with depleted soils and toxic, rolling dust storms that instill respiratory disease and cancer in the humans who still survive. The divide between Cooper (Mathew McConaughey) and his young daughter Murph (Mackenzie Foy and then Jessica Chastain) when Cooper is recruited by NASA to go into space and explore alternate possibilities of inhabitable planets becomes the impetus by which resolution is possible, in a unique and brilliant observation about the importance of the interior world and how it impacts in very material ways on the external. Without any spoilers, this important plot line is fully resolved through the extension of the love we have for our children extended to a love for all children, as exemplified in the Murph’s desperate search for a unified theory of quantum gravity. The final third of the film resolves this not by theory but through experience and the resolution of fundamental animosities between Einstein’s geometrical description of the relative structure of space-time and qantum physics’ mathematical description of the particle- and wave-like behavior of both subatomic and macroscopic physical matter. (Again I relied on the Sobchaks article for this point.) However, these ‘human’ narrative threads – another is Amelia Brand’s (Anne Hathaway) exposition on the importance of pursuing her lover to his outpost despite the ‘superior’ data of team leader Dr. Mann (Matt Damon) ) are not merely additions tossed in to provide an emotional connection, rather the intimate and the planetary narrative threads are interwoven and crucial to each other, so that the resolution of both father/daughter divide occurs simultaneously with the practical resolution of interstellar space travel.

What all this means is that Christopher Nolan is not only giving us a shit load of mind-bending physics to work with here, he’s interlacing its properties to offer us a new relationship to film and the way we watch and understand multiple narrative flow. It is enormously complex, intricately laced and does depend on some broad, if not understanding, then at least acceptance, of physics and the specific hypothesis of Kip Thorne. It’s a new way to ‘watch’ a film, and a rare and precious call to our flaccid intellect in a time when to desire an intelligent film is pretentious and to enjoy pushing the mind to its outer quarter is a financial waste of time. I’ve only touched on the major themes in this already too long (but comparatively short) review, but there will be many more studies done of Interstellar and over time we will come to understand it more fully. 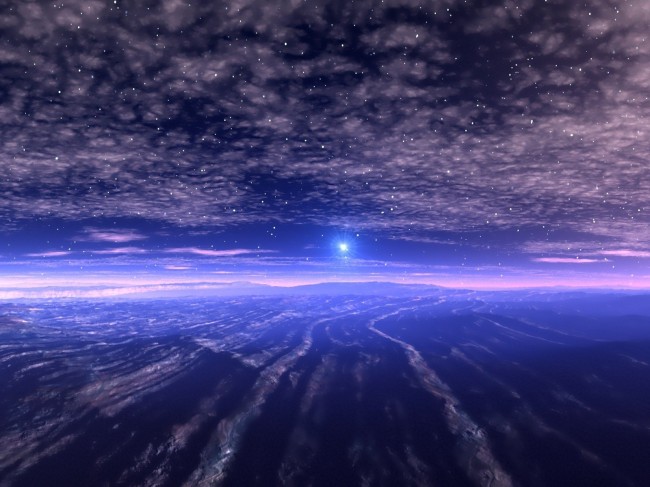