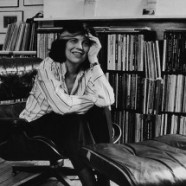 Posted by lisathatcher on October 20, 2014 in Film Reviews | Leave a comment 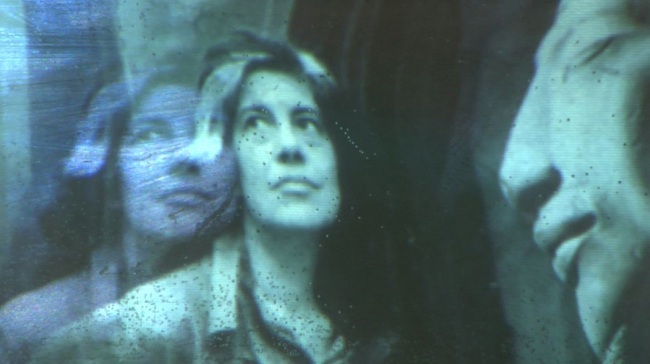 “Like a hyperactive Queen, I cruise culture daily. Have a thrill, a flash of ecstasy several times a week. My appetite is compulsive. Promiscuous.” Susan Sontag.

Any story of Susan Sontag can’t help being the story of unfulfilled potential because that was the passionate belief of Sontag herself, that the race hadn’t been run and that she had been taken ahead of her time. As a “woman of letters” she represented an important transition for females in history that required her ambition to be fulfilled and yet, was never rewarded her with the fulfillment of her ambition. In the end she became the victim of a new sort of American dream, a woman famous for her very clever but strictly philosophy/sociological writings and avant garde lifestyle (no matter how much she tried to keep it private), but not for her profound impact on literature, which was where her ambitions lay. Is it such a terrible thing to become an iconic philosopher rather than a writer philosopher? Perhaps in this day it is, or at least for the female intellectual with an aspiration to affect and change literature, to be merely a symbol rather than a pioneer is dissatisfying, no matter how important you become symbolically. It is possible she was too hungry, too impressed by others, too interested in everything to be engrossed enough in herself and her inner world to write the great work that would change everything. Despite her passion for the artists around her, something inside remained closed off, so that despite all the potential, genius and drive in the world, she was never able to trust herself enough to let go of the intellectual shore in order to float out to an unknown sea. Or perhaps the true depth of Susan Sontag lies in her relationship to queer theory, the world of camp and her own semi-hidden bi-sexuality and her importance as a social theorist is yet to be properly understood. Many great thinkers die terminally unfulfilled, and it is left to the generations to recognise or make something of their lifetime of work.

Recently, photography has become almost as widely practiced an amusement as sex and dancing – which means that, like every mass art form, photography is not practiced by most people as an art. It is mainly a social rite, a defense against anxiety, and a tool of power. Susan Sontag

It is this approach that Nancy Kates takes, positing Sontag’s ambition and her inner struggles to realise that ambition against her eroticism and her passionate relationships, however there is an interesting problem going on for Sontag in her life, that highlights the always already existing issue for women. For Sontag the famous choice was not between stay home mum and academic scholar, rather it was between gay feminist icon and literary genius. Kates presents the two worlds as if they are easily compatible, and yet the issue remains undeniable, that Sontag never achieved what her genius promised. Not that she didn’t do enough, of course but when Kates examines, through friends and some ex lovers, the great mystery of Sontag, that someone so committed to activism never came out, it becomes easier to understand when we see the tight grip she had on her career and above all, the control she exerted over the way she was photographed. For someone who completely understood the problems and power of photography, she leaves nothing to accident in how she is seen by the world. Besides the fact that she was private about her life anyway, It is no great leap to understand why she didn’t want her life to be “about” being gay, and for a woman of her stature to come out in the 1960’s or the 1970’s, it would have overridden and informed the way that her writing was accepted in broader society. This mattered to Sontag, she wanted to be a great artist more than anything, and is possibly the only way we can understand that the woman who coined the social definition “Camp”, as important as the labels “Beat” or “New Wave” could be uncertain about coming out. For anyone with high ambitions, male or female, that include pretensions to greatness, love is a thing in the way, a distraction, as much pain as pleasure and a certain indulgence that steals the mind away from its focus. Politically, defense of queer rights was essential, she left no doubt about that. But personally, in light of her own ambitions, coming out was a secondary concern.

All of this is beautifully examined in Regarding Susan Sontag, a documentary that looks deeply at the woman’s life as she continued to drive herself. As interesting a question as to why Sontag didn’t come out, is why she didn’t create her masterpieces – be it film. literature or philosophy. She certainly had the brains for it, and she definitely had the talent. In Regarding Susan Sontag we find she was culturally carnivorous, consuming everything she could get her hands on, and that includes her passion for her lovers. There were many lovers, all vying for time, offering many distractions. As Kates takes us through the series of interviews, some with Sontag herself, we start to see a woman whose presentation of a calculated, measured surface was the opposite of a chaotic passion welling beneath her surface. When she was told she was going to die, she screamed. She wasn’t ready. With a life that full and that important, it was what she hadn’t done that haunted her final days. So why couldn’t she reach it in her life? Why was she a Kerouac rather than a Hemingway? What unique problem got in her way and prevented her from that level of focus? Women were breaking down the barriers politically when Susan Sontag was making her presence in the world, so it must have seen trivial or frivolous to a degree to focus on her own ambition. Perhaps, like so many women, the choice wasn’t between motherhood and career, the choice was between the best use of her talents in doing the most for those she cared for or using them solely to further her private ambitions. 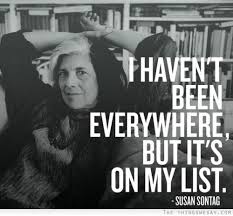 So we are left at the end with a beautiful portrait by Nancy Kates that examines the many contributions Sontag made to Queer culture, art and feminism, and how important she was as a role model in each of these areas. But we are also left with an image of the cost of that path, and it is worth reflecting again that we are presented with a brilliant woman, of whom so much was asked, she became forced to neglect what she wanted but couldn’t justify.

← The Case Against 8 – The long road of advocacy. (Film review) Him – Coleman Grehan’s Barney-esque Butoh at PACT. (Theatre Review) →