Posted by lisathatcher on October 20, 2014 in Theatre | Leave a comment

During the recent Sydney Fringe Festival, I was able to catch a remarkable show titled “Him” at the PACT theatre. Him is a forty minute (or so) Butoh inspired theatre dance piece devised and performed by Coleman Grehan. Grehan is a talented young musician and theatre artist currently studying art and international relations at the Australian National University. Butoh is not an easy form of dance to interpret, much less choreograph, so Grehan’s ambition and scope is on display for the full duration of the show, and another typically interesting and challenging piece of theatre from the PACT centre in Erskenville. Grehan sits bald, wearing only a loin cloth and covered completely in white paint, consistent with Butoh traditions. He has splashes of primary colours on his body, and as we enter the room, we see him placed as if he were an object on a sheet that covers the floor, that could almost be a dropsheet, or the start of a Jackson Pollock canvas. He’s waiting for the audience, still and patient in a very small enclosed theatre space, only a couple of rows of seats in front of him, enough for about ten people to sit very close and watch him perform.

Typical of Butoh as a narrative sculpture, Grehan very much takes on the role of both object and subject as his movements chronicle through physical gestures meant to realise a kind of pain, a kind of pleasure and ecstasy and at some points in the performance, both. He’s included a small amount of kitsch into the show, and his notes inform us this performance is very heavily influenced by Matthew Barney’s Cremaster Cycle (the stunning part one and then part four particularly) the movements and the relationship with the audience having a decidedly post modern feel but including a 1960’s naive pleasure along with it. This is Butoh, so it is intense, but Grehan’s lightness, and great poignancy reverberates through the performance, keeping each of us enraptured with his movements as we work through his paces with him.

The show is titled Him, because it is a lament for a once loved, now absent him. The work is divided into six sections that separate themselves through strategic pauses, changes in the musical tone and in some cases a deliberate start and stop in the performance. The six small vignettes are titled as follows: Remembering, Admiration, Frustration, Presence, Absence and Forgetting. The complex feelings we have for the other are splayed across Grehan’s expressive face, his features contorting into the Butoh style of moue, that can transition from a smile to a grimace to a cry in the space of a second. The performance is exquisitely beautiful, particularly when the audience is invited up to the stage to apply fresh paint to Grehan’s already “scarred” body. Paint is pressed into the skin by Grehan at each point in the show, sometimes using different colours to represent different mood changes. He applies single brush strokes to the white of his body, and at times it is as if his emotional hardships were things of beauty that brought life to his blank canvass of a self, and at others occur like scars searing a virginal whiteness. The entire performance brought me to tears, Grehan’s unapologetic ecstasy easily contracted from the pureness of his presence. The audience find they join him in every stage – for this audience member, I had my own ‘Him’ in mind, letting myself be wounded once again, purely for the joy of the experience. Who doesn’t want to be a fool for love? Who doesn’t want to feel the passion that tears your flesh? It is this ferocity that is gently woven into the eerie movements of Butoh that bring the experience alive for every audience member.

When the show was over, as I was wiping my eyes, I turned to the woman sitting next to me, who was dabbing at her eyes also. “I can’t stop crying.” I said searching her face. “I know.” she replied. “I think that was the most beautiful thing I have ever seen.” 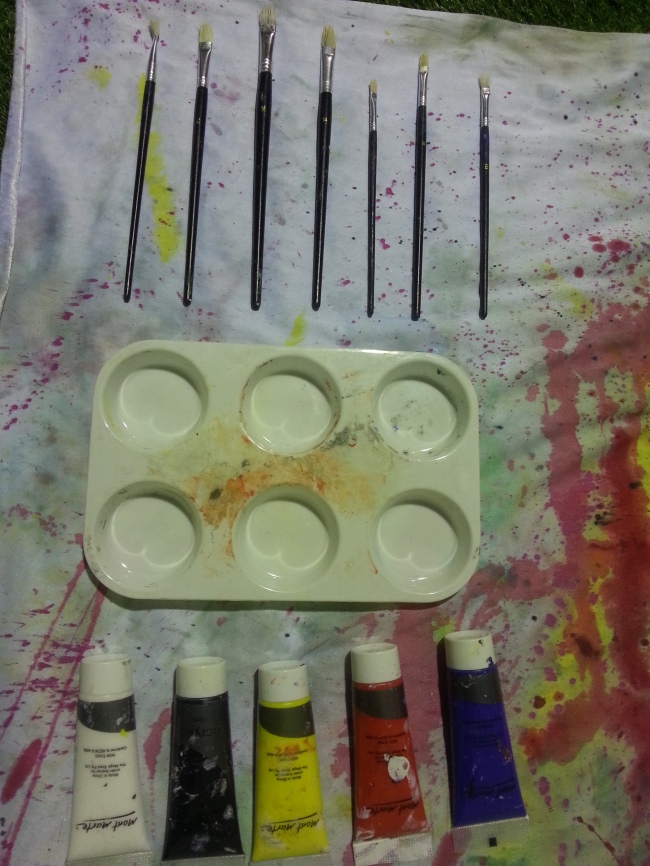