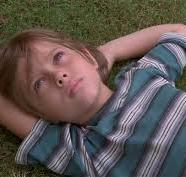 Posted by lisathatcher on August 24, 2014 in Film Reviews, Uncategorized | Leave a comment

Boyhood is showing at The Sydney Film Festival 2014 – you can purchase tickets here.

The biggest miracle, and there are many to be had, in Richard Linklater’s epic twelve years in the making two and a half hour long bildungsroman Boyhood, is the understated execution of the project released with minimalism and a control that only a very experienced director could exposit. Linklater manages to incorporate the space of time covered, through clever editing that both morphs and separates time spaces, allowing for certain morals to bleed through the cracks of time so that they occur genuinely as the selective memory of a boy growing into a man rather than the facts of existence.

It is dangerous to exhibit ambition this extensive and pretensions this self-assured artistically, though Linklater is in fairly safe territory with film, a medium that is in a stage that overly worships masculine ambition (you can almost hear the collective sigh of relief whenever a “man” does something interesting in film) but Boyhood is a courageous film even if it is in a conservative medium. The central conceit, that of filming a child over the period of twelve years as he turns into a man, needs to be justified, but not in a way that makes the point of all this obvious. Linklater excels in using the strengths gained from the timeframe to speak for themselves, creating deeply compelling characters that capture our empathy right from the start and include the development of everyone around Mason which rescues Boyhood from being another self-indulgent film about the challenges of male coming of age.

Despite being about the boy Mason (Ellar Coltrane) as he developes into a young man, Boyhood is also about time, about its effect on human creatures, not just physically, but emotionally as well. If the film focuses on Mason, part of the success of its accomplishment lies in the surrounding characters, particularly his parents (Patricia Arquette and Ethan Hawke) and they way they transform into the creatures they intend for themselves by being “responsible” as well as betraying the parts of themselves that appeared to have little value when they were young. The problem with life is we only get one shot at it, and often the striving of youth to display maturity proves to have been toward something unnecessary in the future. As Mason and his sister Samantha (Lorelei Linklater) grow and learn, their parents grow and have to unlearn with their own individual cries of “Is that all their is?” Much of Boyhood is very funny, and Mason Sr’s own development reveals itself in a very funny weekend spent with his new super lovely, hard-core redneck parents of his new partner. 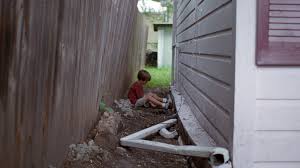 Couple this with the length and transformation of the project over time (short films were made each and every year of the twelve, with Linklater including Ellar’s real life as much as possible in the script), and you have something that exhibits all the faith required to make something important happen along side all gestation time that a creative project can use to improve itself. As Richard Linklater films Mason growing up, he improves as a film maker. Boyhood was started in the shadow of films such as Slacker and Dazed and Confused and it was completed in the sunshine of films like Bernie and the Sunset series. This is a long period of time for anyone creative and represents a great deal of transformation as a maker. Linklater doesn’t just manage to accommodate Mason’s changes and those of the people around him, but he also manages to capture his own transformation as a film maker, incorporating the evolving aspects of himself into the project. A self-conscious Linklater is seen including objects he knows will signpost change, such as computers, Ipods, music and vehicles, but he also manages to include that self-consciousness through Mason, so that our relationship to the older film segments is seen both through the subject and the project alike. It was a wise choice to present the film in a linear narrative, besides the fact that this is how we age, it means we aren’t given an opportunity to compare the film making side by side. 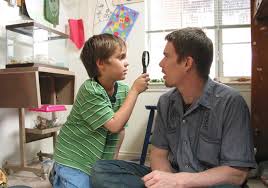 Linklater and long time collaborator (everyone on this project is a long time collaborator – get it?) cinematographer Lee Daniel commit to a simplistic documentary style, following Mason around his home and his life as if we are one of his mates. Witness of mini tragedies in life such as a fight between parents he hopes might get back together, his mothers sporadic flirtatiousness, are seen as accidents of discovery by us as well as Mason. It’s this lack of sentimentality and absence of melodrama that allow us to be affected as Mason is – as we all are by life’s “moments” as the film likes to call them. The filming is New Wave influenced (French and German), the earlier pieces more than the later (obviously) with Fassbinder and Truffaut leaping to mind as I watched, but without a hint of homage, more as a couple of youthful film makers tapping into some information than any pretensions at greatness.

It’s impossible to speak about the parents, Olivia (Patricia Arquette) and Mason Sr (Ethan Hawke) without including spoilers and this is a film that very definitely does not need spoilers, suffice to say that despite them being wonderful actors, rarely have either of them been so strong. Linklater is now famous for drawing these great performances out of actors, and if the film has a flaw it is perhaps in the casting of his daughter, who seems to be resisting being consumed by her fathers project later in the film, something perfectly understandable that no father wants to admit is possible, and probably wasn’t predictable. Another slight inconstancy is Olivias choice of boyfriends, which never rang true for me, but Boyhood is so beautiful and so successful in so many respects, I hesitate to include these issues as flaws.

Despite the build up of the central gimic, Boyhood is a completely beautiful film that very successfully achieves its aims and, like so many Linklater films, will grow richer and deeper over more viewings throughout time.