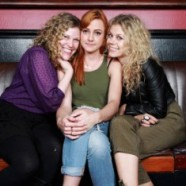 Of Monopoly and Women – Interview with Sascha Hall (Theatre interview)

Posted by lisathatcher on July 8, 2014 in Theatre | Leave a comment 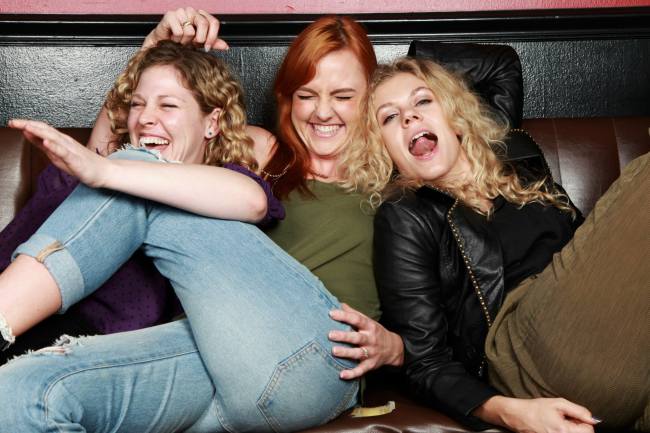 Of Monopoly and Women

Tomorrow night, I am headed off to the opening night of Of Monopoly and Women. Following the sell out season of Dancing Naked in the Backyard, Brave New Word is back with its next original Aussie work, Of Monopoly and Women. Performing at the vibrant Exchange Hotel in Balmain, audiences have the opportunity to see this collaborative piece of theatre as part of a dinner and a show experience.
Zoe is an artist who lives with her two sisters Kate and Ella. Their house quickly moves from peaceful to tense, becoming very uncomfortable to live in, very quickly. They often go without speaking for days (three weeks being their personal best). When Zoe wins a photography competition and the prize is a trip to Paris for two, both Kate and Ella feel entitled to go with her. Zoe ﬁnds herself in a very interesting position.

As the battle for the second ticket set in,  High-level manipulation is at play and old wounds are opened, closed and re-opened again, just to be sure.
The sisters quickly prove that nobody can penetrate the surface better than family, and nothing is sacred if it means getting what they want. As Zoe’s sisters move in for the kill, the only solution they can ﬁnd is in a game of Monopoly. A game of chance seems fair, but these three have never played by the rules.

I was lucky enough to pin Sascha hall down and get some answers from her so we can learn a little more about this fantastic new show.

Lisa – Did you play Monopoly as a kid? Did you like it?

Sascha – I suppose the best way to say it is yes, I attempted to play Monopoly as a kid. I’d get all excited about setting up the pieces and having my eye on the prize (Mayfair and Pall Mall obviously!) however my memory is a bit hazy from there. I don’t think I ever actually completed a game of Monopoly let alone actually win one. I have a memory of coming close but I was so near bankruptcy that my fate as the loser had been decided. I think the ‘idea’ of playing Monopoly was a little more exciting than the practice!

Lisa – I think most of us had that experience! What did you particularly enjoy in work shopping the script for Of Monopoly and Women?

Sascha – The rehearsal process of ‘Brave New Word’ is a unique one. We begin with a draft and everyone in the team including the cast has creative input on the shape of the final script. This is a rewarding process for everyone involved; not only does everyone feel free to contribute ideas; the sense of ownership of the piece is then much stronger between everyone. We are all creatively responsible for the outcome of the story as well as the performance.

During our ‘discovery process’, freedom was the most important thing; nothing was off-limits. We have played, explored and discovered endless possibilities; all of which have helped shape the final product that the audience will soon become a part of.

There certainly has been a special kind of crazy in our rehearsal room. It has been a sanctuary of invention and honesty. We have shared countless stories about our own family and experiences and thus contemplated some beautifully universal truths.  Our rehearsal room became our play ground from which to explore these truths; being within this space has been the greatest joy for me.

Lisa – That sounds lovely. Particularly what you said about a “Sanctuary of invention and honesty.” I feel quite envious! For you as a director, what is the primary difference (if any) in preparing theatre for a static audience, and preparing it for an audience who are sitting at tables and have just finished a meal together?

Sascha – I’ve never actually thought there could be a difference until I read that question! Sharing a meal is an important ritual, whether shared between family or friends. I guess it signifies the ‘togetherness’ of people and when seeing a play for example. it is nice to share time with your people before hand the event.

No matter who you are or what you’re a doing, a full belly is always a good thing!

Lisa – Ha ha – fine answer to a rather peculiar question! Why do you think there is such a strong bond between sisters, even when they are cruel to each other?

Sascha – That is the million-dollar question. I don’t believe it has a correct answer. For anyone that doesn’t have sisters this idea may baffle you. For anyone that has a sister, they will probably tell you that your sister can be your best friend and your worst enemy simultaneously; in many circumstances the line between the two is blurred. I don’t have an exact philosophy as to why this notion exists. I can speculate that it has something to do with our ‘pack-like’ nature as humans along side our lone ‘survival of the fittest’ instincts but I may not necessarily be right. ‘Sisters’ are an incredibly complex kind of relationship; you could spend your whole life trying to understand it but never reach a definitive conclusion. What I can say for sure in regard to OMW is, it is the very nature of this conundrum that has allowed a haven of exploration in our rehearsal room.

Lisa – It sounds like these explorations will be exciting to see on the stage. Why do Zoe, Kate and Ella all want to go to Paris? What is there for them, or what do they imagine is there for them?

Sascha – I feel like Paris is a kind of ‘grass is always greener’ scenario. I also don’t think there are many dreamers in this world that wouldn’t want to see Paris if they were given the chance.

Our family knows the best and worst versions of us. The idea of  never overcoming this terrifying. I think the concept of Paris, may have something to do with this idea.

Lisa – Well said. I noticed you guys are performing at The Exchange in Balmain, which is one of my favourite pubs. What do you like the most about preparing a play for The Exchange Hotel?

Sascha – Honestly, this is my first experience with the Exchange. The moment I walked into the place I thought ‘only good things can come from this!’ There is no denying the place is stunning with a beautifully cozy atmosphere, especially in Winter with the open fires going. I think our little story will be beautifully book-ended by this gorgeous place. I mean what an exquisite place to eat, drink and talk theatre! It’s my idea of heaven and I am so pleased to have the opportunity to work here.

Lisa – What are you hoping an audience will get to take away from Of Monopoly and Women?

Sascha – It is up to the audience members individually. They will see this play from the perspective of their own unique situation and circumstances.

I don’t wish to ‘impose’ any kind of conclusions or preach philosophy to anyone. The most I would hope for is that if anyone feels ‘isolated’ because their family is ‘crazy’  that they are in fact not alone. A family may look all sunshine and lollypops on the outside but everyone has their battles to fight behind closed doors. Family can be the greatest blessing or the greatest curse and everyone that has a family, battles with this continuously swinging pendulum. All I hope for is that each audience member will leave with something, it is up to that person and their circumstances, as to what that ‘something’ is.

And there you have it!  The wonderfully clever Sascha Hall is directing Of Monopoly and Women, opeing this week at The Exchange in Balmian. You can grab your tickets here. 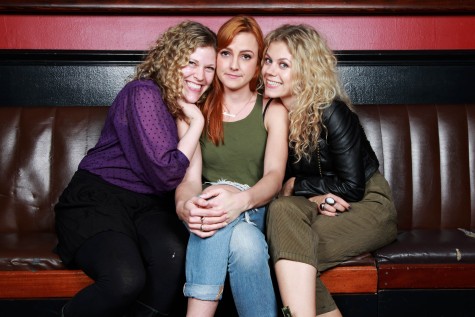