Posted by lisathatcher on June 4, 2014 in Film Reviews | Leave a comment 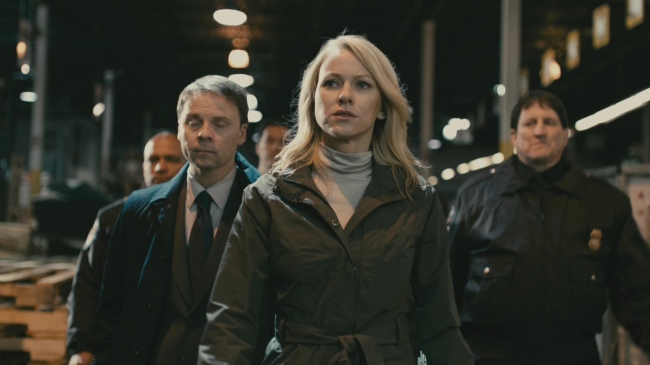 I don’t think I can call Fair Game a particularly great film, probably more of a guilty pleasure because I share its very obvious point of view, but as far as those films made in the post 9/11 backlash against Bush go, it’s a huge improvement on genre contributors such as Home of the Brave, In the Valley of Elah, Rendition, or Lions for Lambs. It’s one of those small L liberal “pissed off” films, and there were so many, during the Bush Administration as film makers feeling impotent kept trying to find a way to use their medium as positive propaganda to counter the endless barrage of Murdoch-inspired pro Bush, pro War sentiment. It was a terrible time for artists – so many of my friends felt so angry and so helpless, however that sort of feeling rarely makes really great art, and unfortunately so many of the films turn out preachy and sort of sickening no matter which side of the effort they are subliminally promoting.

Fair Game is slightly different, in that it is based on the true story of Valerie Plame, a woman who was “outed” as a spy in order to try to keep her husband quiet after he found that his recommendations regarding the possibilities of uranium making its way to Iraq from Africa were doctored to state the reverse of what he reported – which was of course, that no uranium had left Niger for Iraq. We all know the story, but Fair Game (the statement released to Joseph C. Wilson after his wife was outed, “your wife is fair game”) goes behind the scenes into the effect of the public horror on the couple and their marriage. It does give the anti-war-in-Iraq film a new face, and given it is a true story, allows for a documentary style examination of what happened to the family when the U.S. Government did this terrible thing to a good CIA agent and her husband. If there is a problem here, besides the unashamed left-wing message, it is with the struggles Liman has between a documentary style and a political thriller. It drags at times, and given one of Liman’s strengths is narrative structure, and in this case he has the great Jez Butterworth as a writer, I can only assume it is the facts and contentious nature of the subject matter that force a constraint on the film that prevents it from properly fulfilling its aims. 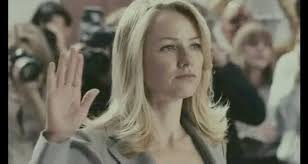 What Liman is able to do, something he achieves consistently, is fantastic performances from a great cast, and considering his hit-and-miss success record, his ability to bring out so much strength in his actors it is no wonder the very best are always willing to work with him. In this case, Naomi Watts is Valerie Plame and Sean Penn her husband, Joseph C. Wilson, and both performances have a careful gradation toward the climax of the couple’s home bound trauma that include the enormous screen personalities of each actor. Both of them bring a convincing disconnect to their marriage when they have to face the consequences of Valerie’s outing and they each know how to take full advantage of a beautifully written script – I really love Jez Butterworth’s writing, and he makes a strange sort of separation exist in this marriage that is closely related to the dynamic of secrecy they have had to keep because of Plame’s work. Butterworth paints a couple relating through their careers, because when a CIA agent is married to a U.S. Diplomat, how can you not bring that persona to the bedroom? Plame doesn’t have the luxury of fighting for her beliefs, whereas her husband has always had to publicly stand for something. Watts and Penn successfully translate this notion to their performances, and under Liman’s careful direction, they are able to fully embody this idea in a subtle crawl toward a passionate and intimate explosion. Liman also rescues Butterworth’s script from coming across too wordy, or too much like a playwright working on film, which it could have easily been, as there are a lot of long, tense monologues. But by keeping the primary focus of dispute and confrontation in settings such as the family home, Liman softens the speeches so that it never dips into stagey territory. 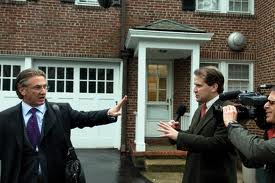 If it fails, and this is the complication of a true story, it’s primarily because of the divide between good and evil, so clear and stark. Villains are wholly bad and good people act bad, only out of self-preservation. It’s oversimplified, like the outrage of the left, and even Sean Penn’s dinner time screech at his friend that Saddam Hussein is not a good man, can’t rescue the film from that righteous indignation. Ultimately, it’s the problem with all these films, they rarely went deep enough and were more of an answer to Fox News than an attempt to make great films. As for Liman, of the films of his that I’ve seen, this is the only one that tackles a true subject, and it’s not necessarily his strong suit, given his talent for weaving a narrative. One gets the feeling in Fair Game that he’s too afraid to mess with his subject matter, and while that’s admirable, all we can do in the end is feel sorry for Plame, sorry for Wilson and even more impotently angry at the Bush administration, and that’s not a very satisfying result for a couple of hours with so much splendid talent.

← Swingers – Doug Liman starts out strong. (Film Review) For Those Who Can Tell No Tales – Jasmila Žbanić gives a voice to the silenced. (SFF Film Review) →