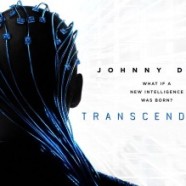 The Hollywood black List is old enough (nine years – this is not to be confused with the McCarthy era blacklist) that it is gaining traction in the mainstream these days, and if you pop over here, you can even submit a script to it. For the three of you who don’t know, it all started with a Franklin Leonard survey in 2005 of about one hundred film industry development executives, asked to list their favourite unproduced film for that year. The 2005 black list includes films such as Juno, Lars and the Real Girl, The Other Boleyn Girl, the Queen, Reservation Road, the Bucket List, Enders Game, and even the recently fabulous Nebraska. Subsequent year’s lists have introduced films such as The King’s Speech, Slumdog Millionaire and Argo and include seven of the last twelve screenwriting Oscars. Understandably the annual list of the best films not made by anyone is gaining a great deal of interest, however we can probably create a demarcation point with Transcendence as being the moment we decided something was good, simply because it was on the list.

How does this happen, is what I think to myself when I see these sorts of films. There are a few each year, although as the general viewing public loses reduces aestheticism to comparisons between film and television, thankfully fewer and fewer of these films are difficult to tolerate, but how anyone thought Transcendence would make a great script and approve it on the blacklist is astonishing enough. Following that, it was voted by some (at least one) film developer as the best unproduced script of whatever year it is listed, and subsequently so impressed Alcon Entertainment (perhaps not so surprising) and DMG entertainment (far more surprising) that they coughed up the one hundred million to have it made. After that, it seems someone decided the script was terrible and they’d do all they can to salvage it with a prestige cast, a talented editor, an Oscar winning film composer and a directorial debut for one of the hottest cinematographers working today. What each of these people will be able to tell you over the next many years in which they will be repeatedly asked why on earth they agreed to have anything to do with this script, is they have no idea, just as I have no idea how something this cheezy, this dramatically behind current technology, this ill-informed and this down right silly could have ever been made in the first place. Transcendence is one of the few sci-fi films you will ever see in which the story telling is so poor, you will struggle to remain conscious. 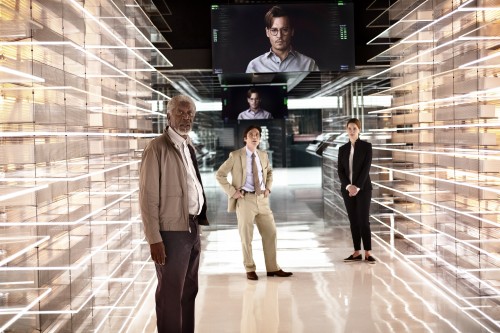 So, its one thing to say something is bad, but when a film stars Johnny Depp (who looks like last nights curry is doing horrible things with him) Morgan freeman, Rebecca Hall, Kate Mara and Paul Bettany and is full of Wally Phister cinematography and it sends the bulk of the critical audience to sleep, one is pressed to come up with a why to accompany the warnings. It is partially the fault of the editing that seems to be determined to abandon all action and interest to the cutting room floor, but it occurred to me part way through the film, that the offcuts may not exist at all, and that David Rosenbloom, a talented editor (The Insider) didn’t have anything to work with – as can be said for the rest of everyone who touched this project. With plot holes this large, and an oversimplified Christian theological morality reduced to the most simplified new age mysticism, at least action and a huge amount of that fast frame GCI could keep us awake, but the film is put together like some sort of thinking boutique piece, as if Morgan Freeman can force the profound in  lines such as “This isn’t evolution, it’s an abomination.” and “If we don’t stop him, it will be the end of mankind as we know it.” and Kate Mara can be villainous simply by staring out from under her lowered brows. Thematically it’s an interesting, if antiquated notion (if Christ came back today in some sort of “modern” incarnation, would we fear and destroy his vision for the world and kill him again?) and Johnny Depp is one of the few actors that can look loving and menacing together and genuinely leave the audience wondering if he is villain or saint, but this so-called twist ending is ciphered from the moment the three scientists get on a stage and declare their motivations – it’s all over and you know what’s coming. It’s just a one hour and forty-five minute slow ride to an inevitable conclusion after that – with all the fun cut out.

One thing in Transcendence’s favour is, almost every critic hates it, and this bodes well for reactionary thinking. It is likely to work its way back toward some sort of mid level on our very strange cultural appreciation metric. However, in the end this is a nice-ish idea that has been butchered by a terrible screen play that really needed to be black listed for other reasons.