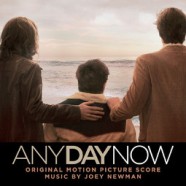 Posted by lisathatcher on April 25, 2014 in Film Reviews | Leave a comment

Rule of law is one of the statutes that elevates the human animal above all creatures of lower consciousness. At the same time, it has the peculiar character of reducing the quality of freedom in the individual, its manifestation becomes the formulation that seeks to subvert the individual crises of morality, but instead transfer that personal battle and constrain us all in a million petty rules and ordinances that curtail freedom of moral expression rather than create an environment for its release. Yet, despite all this micro managing, moral dilemmas remain and the law simply expands its inability to cope, with a dogged belief in its right to existence. As Nietzsche predicted, petty rebellions are reduced to “animal behavior” – you can only “relax” by resorting to food, substance abuse or sex. In a highly litigious society, the only sanctioned rebellions are to behave like the animal we so perpetually like to believe we are but even in this arena, you must be certain there are absolutely no negative consequences or the law will find you and place a constraint on that freedom – think of smoking and drinking in pubs after midnight as classic examples of perfectly benign behaviors that enough legislation has now placed moral bans on.

Seen in this light, Any Day Now is a perfect example of a law that fails the very people it seeks to protect. When the law sanctions creepy assumptions – such as the superiority of biological parents, and the purity of heterosexuality over homosexuality – it becomes the monster it already is, and while Any Day Now may think it offers solutions to its particular dilemma (but doesn’t really, because everything the law sanctiones excludes its exception) it is one of the best films ever made that exposes the problems in a legal system that creates its exceptions every time it legislates. No matter how much we wish it were so, there is no law that is right in every single situation every single time, and the frustrations and complications of dealing with a system that doesn’t understand this about itself are insurmountable for most people who end up slipping through its cracks. 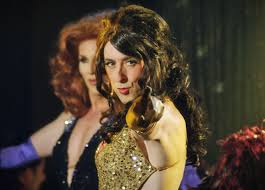 In Any Day Now Travis Fine has made a far greater film than I expected, despite its melodrama and schmaltz. This is a film that wears it’s schmaltz like a drag queen wears a sequined dress, so that the result is a mix of refined drag chic and embellished ironic celebration parody, and challenges the viewer in the same way the legal system is challenged, with its in-you-face refusal of realism and its challenge to accept film as propaganda. I for one expect my cinema to be high art, but what Any Day Now has taught me, is that high art doesn’t always look like I expect it will. Somehow this is a film that has come together with a precision so immaculate, the details overshadow the whole, so that what used to be wrong has been made oh-so-right.  The story of two gay men who meet in a bar, have a one night stand, and on their parting, one notices a negligent neighbouring mother and her severely downs syndrome child, decides on the spot to adopt the child and then two days later moves in with the one night stand, is not a plot that would hold strength on a “black list” and yet the performances are so precision perfect, the respect for subject and audience so enormous, the editing so immaculate, you end up with a film that so precisely reflects the film makers vision it takes ones breath away. Any Day Now should be too saccharine for my tastes, and yet it reaches under my skin even as it convinces me of its melodrama, from Rudy’s terrible torch songs to Paul’s appalling wig.

This is the key – any plot point, no matter how ludicrous, is made essential by sublime performances and a truly excellent script. The penultimate harrowing court scene when Rudy is in the stand, is a work of screen play brilliance, containing an impossible to foresee twist that thrusts the sympathetic viewer (and lets face it, only sympathetic viewers will be seeing this film) into a tail spin as they suddenly sit in the homophobes moccasins and have to feel the violent hatred of that position. It is brief moments like this one that ground Any Day Now in its legitimacy. This, and the excellent performances form the three main leads Alan Cumming in a career highlight, Garret Dillahunt and Isaac Leyva as the downs syndrome child they adopt. These three make every plot device convincing, including the whirlwind romance of Rudy and Paul that on paper seemed so anti-hetro in its immediacy and lack of confusion and yet never seems unconvincing. If there has to be a standout, then this is Alan Cumming’s film, as he portrays a very intelligent man who finds his life and self gain traction in the raising of a retarded child.

Like drag performance itself, there is an integrity at its core that makes a statement beyond what it tangibly represents. Any Day Now is a film that will surprisingly grip your heart and take even the most cynical film viewer by storm.