I, Frankenstein – A new kind of disaster movie. (Film Review)

Posted by lisathatcher on February 25, 2014 in Film Reviews | 1 Comment

If it has ever seemed improbable that a twenty-one year old female could have conceived the idea of one of the greatest horror monsters in human history, that is because a crucial piece of information has been missing from all the previous adaptations of Mary Shelly’s book.

That crucial detail? Frankenstein was HOT.

You didn’t know that did you? You also didn’t know that he was immortal – a bit like a vampire – and that he had a talent for killing stone gargoyles that come to life. You would have known that he was lonely – a bit like that cranky lion with the thorn in its paw – but you didn’t know that he was willing to settle for a hot, blonde greatest-scientist-in-the-world-by-the-age-of-30 human. But then you probably could have guessed that. From these sparse few details I have given you here, you can probably guess the rest of the premise (it can’t be called a plot) of I, Frankenstein, hopefully… I really mean it – hopefully – the absolute worst film to come out in 2014. 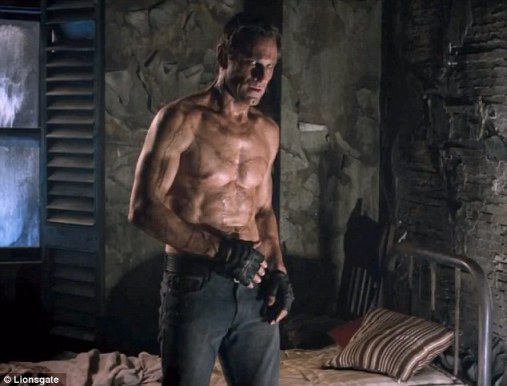 Here is a true story for you. I read Mary Shelly’s Frankenstein when I was eighteen, on the wild hills of the Orkney Islands by torch-light at night, wearing a fine linen Scottish nightdress. This is neither a lie, nor an exaggeration. I’m that sort of nerd. A dear friend and I did the six months around Europe thing when we were eighteen years old, but instead of doing it boy by boy (which, incidentally we did manage to include in our itinerary) we did it book by book, reading Herodotus in Greece, mapping out wars at the bay of Salamis, Jamaica Inn in Cornwall, and so on. Frankenstein chases his monster to the very northern islands of Scotland, which is where we chose to read Shelly’s book, over several nights, in hand-made white nightdress, the fear gripping us even more than the cold. It was a joy I have rarely been able to reproduce, but it also bred in me a burning desire to see the book faithfully adapted. I have seen Frankenstein’s monster brought to life as many times as the rest of us, sometimes wonderfully done and other times poorly, but never faithfully.

And now we have I, Frankenstein, the worst thing about which I can say is that it looks like they intend a sequel. It should be noted that it is produced by the same people who produced Underworld, and in fact is a product of Kevin Grevioux’s writing, who also wrote Underworld. The comparison is probably the best way to describe I, Frankenstein because the films are similar in various ways, specifically banal plotting, dull, overly reliant on CGI and strangely soulless, despite the selection of great acting talent on hand who, incidentally, look like they’re having the worst time of their life. If you ever want to see what the god-i’m-sorry-I-sold-out face looks like, check out Miranda Otto and Bill Nighy in I, Frankenstein. 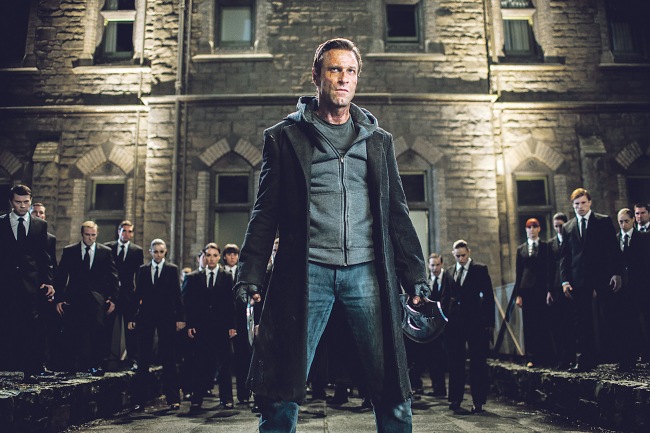 But, back to the most important, central premise of I, Frankenstein, and that is, the monsters overall hotness. (I didn’t even know Aaron Eckhart was hot, let alone Frankenstein) This does seem to be the primary narrative arc of the film, not to mention Aaron Eckhart’s performance, which makes sense, because surely the most important aspect of creating a human being from the remnants of corpses is that he looks good. Indeed, Aaron Eckhart looks so good, that he has to remind the panting Yvonne Strahovski that he is made up of rancid human flesh, but even that picture, doesn’t prevent every female from wanting to sleep with him. It is the oddest thing because in all the variations and straying from the text in the past, it hasn’t occurred to anyone that Frankenstein’s monster might be sexy. However, by the time we reach the point where Eckhart’s body is being displayed the film has strayed so far from anything like the original novel, it hardly matters that we’d now like to sleep with Frankenstein as well as watch him bat demons, who look like Agents from The Matrix, back into hell with his super charged electro symbol that empowers everything it touches with the ability to kill the unkillable. But really, once you have a team of super heroes keeping evil at bay called ‘The Order of the Gargoyle’, you pretty much know you’ve strayed a long way from any book. It should come as no surprise that while I, Frankenstein might have been sending critics to the bathroom, it has been exciting audiences everywhere, with it so far only just coming in under its sixty-five million dollar budget, something that is likely to be exceeded with the Australian release this week.

I, Frankenstein is not a film made for the eighteen year old hopeful girl, reading Mary Shelly by torchlight, excited about the world of literature that lay ahead for her, but it is a film made for a hell of a lot of people who are going to love it for exactly what it is.

Dear god, what have I done?

← I heart Huckabees – David O. Russell and what happens in the meadow at dusk. (Film review) Fully Committed – Nick Curnow and Alexander Butt take us deeper and closer. (Theatre Review) →