Home » Theatre » The Dead Ones – Margie Fischer and the power of memory. (Theatre Review) 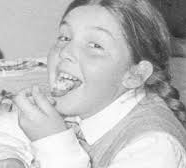 The Dead Ones – Margie Fischer and the power of memory. (Theatre Review)

Posted by lisathatcher on February 19, 2014 in Theatre | Leave a comment 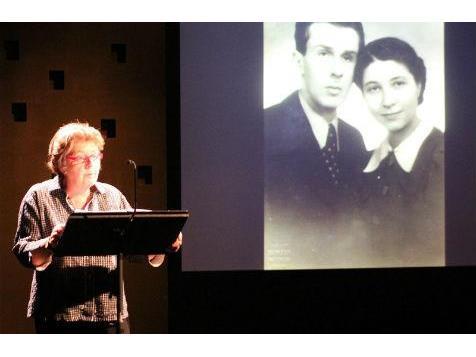 What happens to us when we die?

Philosophy has always been concerned with what happens to us when we die, only because it is the single most important factor of life. Death is the thing we have in common with animals, plants and each other. It dominates our life and controls our existence. Why do we die? Will we always have to die? How many living humans can the earth sustain? Why is death so easy to accept and understand as a concept and so impossible and life transforming when it happens to someone we love?

None of these questions are directly asked by Margie Fischer in The Dead Ones and yet they hover in the room around her passionate retelling of the final months of her mothers existence after her death, when Margie as the sole survivor of her nuclear family, had to go through her family home and decide what of the remnants of ardent lives should be kept and what should be thrown away. Objects, she calls them, imbued with the fading spirit of her mother; objects that become less valuable as that final spirit holding them all together becomes weaker with having passed; objects filled with the meaningful memories of lives that are over. A box of old worthless tools that held the carpenter dreams of a brother who suddenly dies of cancer at age twenty-two, hats and ties of a dapper dressing father always proud of his appearance, cracked and broken dinnerware that three generations of immigrants ate off together in a small kitchen and six silver knives, forks and spoons carefully carried through a Jewish escape from Nazi Germany, to Shanghai as immigrants and then settling in Australia. A mothers favourite dresses, her beautiful lingerie not worn for fifteen years for fear of corruption by an old and fading body. Margie has to face a houseful of these objects and decide what gets thrown away and what is preserved, taken to her own modern home, around which to fashion fresh the memories past.

It is precisely because Margie’s story is our own story that The Dead Ones resonates so powerfully as a performance, and at the same time it is the fascinating unique story of her Jewish families fear-filled immigration that makes the story such a gripping one. Margie carefully and artfully reconstructs her grandparents and parents lives for the packed, enthralled audience through anecdotes – they had to marry in a registry office because Jewish marriage was illegal, my father rode on a push bike behind the police officers truck that took my mother away, and successfully begged for her back at the first stop – accompanied by photographs that bring each story to such vibrant life that the audience feels the enormous difficulties of immigration and then the unique sadness as immigrant families settle into banal common problems of assimilation and grouchy teens who deny their own heritage. Margie’s family history includes the sudden death by cancer of her gorgeous twenty-two year old brother and the deep swim in memory she has to make all those years later when her mother dies and she needs to remove his youthful belongings from his room.

Margie’s story is also one of a Queer performers hopeful fight and joyous journey in a lifetime spent in Queer theatre writing, performing, directing and producing theatre and festivals in a vibrant and exciting community that is part of Australia’s dynamic heritage, the piece itself being deidated to the memory of William Yang. Margie is such a talented writer, such a meticulous performer that the sense of memory as an act of creation swirls around the room and we watch through Margie’s performance as her relationship with those who are now the dead ones change her as an individual. With cleverness, she keeps to the smaller moments, those petty grievances we all have with our parents that dissolve with death, that stiffing awkwardnesses of the family home that becomes a longing for womb safety when it has gone. Margie is as alone as so many of us are now, and all of us will be one day. We walk with her through her childhood home, the house her father built, as it empties, more tossed or donated every day, things kept until the ghosts have moved on and the object becomes its own form of dead. 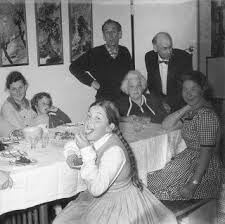 The Dead Ones has understandably been an enormous success, now in its fourth season, brough to Sydney Audiences by the Sydney Gay and Lesbian Mardi Gras. It’s fitting to finally perform the piece here, as the home around which the performance is centred is in East Lindfield, the place Margie grew up, and fought for an acceptance from her parents that was eventually granted and accompanied with a warm understanding. On her opening night, the audience was a packed room, but a vital silence filled us as she spoke, the weight of intimacy wrapping us up together like a shroud.

The Dead Ones is a truly beautiful piece of theatre, that will change the way you look at your family and the trinkets we thoughtlessly buy and throw away in our home.