Flirting with Disaster – David O. Russell and the sexual enormity of our parents. (Film Review)

Posted by lisathatcher on February 17, 2014 in Film Reviews | Leave a comment 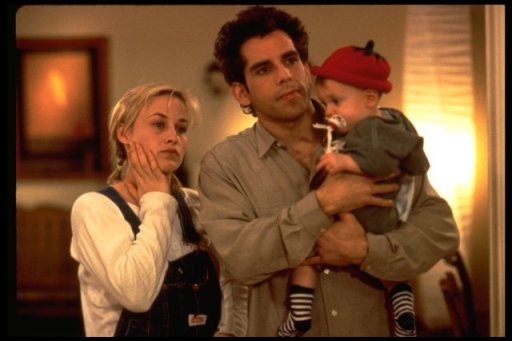 There is a general idea that David O. Russell is the master of that 90’s indie aesthetic, character driven, quirky-screwball-laced-with-heart films that go a little deeper into clichés, usually by subverting them. They’ve almost developed into their own mini art-house genre now and American Hustle does see Russell distance himself from the idea more and use depth, not as an obviousness for trite referencing, rather a pivot upon which to move into unexplored territory. He’s the master of taking cliché and well-worn genre tropes (road trip comedy, romance, war film etc) and turning them against audience expectation to play deep with our responses that sits strangely at odds with the comic nature of his films. He writes all the films he directs, with the exception of Soldiers Pay, which was not a mainstream film and made for different reasons, and The Fighter, which stands out as a very different kind of David Russell film anyway. One consistency is, he likes to chase a populist sort of cool, if that can be read as a compliment as he uses film to subvert and interrupt expectation. However there is more to Russell than this interpretation implies, and a closer examination of his films reveals the psycho-philosophical depths that come to the surface most in I heart Huckabees, which in the end seems to be his is most simply constructed narrative, despite initial appearances.

I haven’t been able to get a copy of Spanking the Monkey yet, but I have several channels in process as we speak, so I’m hoping to catch it before the end of this week in which I’ll take a look at what makes David Russell such a good film maker. In the meantime, I’m forced to begin this journey with Flirting with Disaster, a cleverly complex film, that at the surface seems to be the launch pad of the film style mentioned in this opening paragraph, and yet brings up some of the more hidden themes Russell will continually deal with in the future. Flirting with Disaster is about babies and sex, the fact that we were all babies, the way we reconcile our parents sexuality with our own and the unavoidable observant childs eye, even in the mature adult, as we watch and wonder / muse / imagine the intimate lives of our parents central to our own act of creation. The film opens with an image of an attractive silver-haired woman walking down the street. She is confident, nicely dressed, and most importantly, she is sexually confident. Ben Stiller’s voice over informs us he is watching women in the street wondering which might be his real mother. His questioning briefly moves towards fathers, then its back with women again as he wonders about the sex life of his real parents. All of the characters, male and female are sexual, Russell’s camera does not see age as a barrier to sexual desire – a theme we will see again and again, for example in I heart Huckabees when Naomi Watts perfect youth and sexless sterility is posited against Isabelle Huppert’s older woman who is the epitome of desire – David Russell loves sexually desirable austere  older women. But in Flirting with Disaster it is the sensuality of fertility that most catches his eye, the fresh plucked peach round sensuality of Patricia Arquette’s Nancy juxtaposed against Teo Leoni’s Tina whose cold sterile thin perfections are never able to compete – even in the viewer’s eye – with the confidently milky sexuality of a woman who has recently given birth.

After the credits, the film then hops to the image of Nancy in bed. She’s waiting for Mel (Stiller) wrapped in a satin negligee (after forging the mesh and the way it reveals her bellies curves) and lolling around their double bed ready for date night. Her body is the focus, the bed her platform, her stage. Her post baby body is fluid, her milky breasts loll about, her pure white skin round and luscious. He’s late, but she amuses herself in her anticipation, rose petals plucked and nestled against her breast, then tucked between her legs with a smile. She lies on her belly, the camera disappearing between her breasts, licking a spoon, her spread legs splayed out behind her. She is the sexual mother personified, the sensuous expansive act of fertility in human form. When Mel finally does appear, it is as the child, immediately interrupting the sexual scenario in favour of finding his parents.

The film then launches into the rapid paced, perfectly timed screwball comedy of odd-ball characterisation that Russell has become famous for. Nancy will discover that Tina was in the house when she tried to have sex with her ‘control freak’ husband, and this moment begins a jostle between the mistress and the wife that favours the wife at every turn. However, what we soon discover in Flirting with Disaster is that all the relationships have their invisible great Other as Lacan would call it, the dictatorial ideal that controls decision and the sublimated other that controls desire. This is a question that fascinates Russell, and one of the reasons his mothers (even when they are gay males) are so sexually potent in Flirting with Disaster. Russell’s perspective is not born of sympathies, nor is it in response to an established trope (an interesting point given how much he likes to upturn cliché) rather it is because he is always interested in the invisible that controls us, and in Flirting with Disaster, there is no greater invisible control than the parents over our lives, exemplified in the image of the (M)other. Mothers are odd but enormous in this film, from the hyper slapstick nervousness of Pearl (a brilliant Mary Tyler Moore) through the perfunctory claiming of responsibility, then equally abrupt dropping of it from Valerie (Celia Weston) to the maternal nurturing of a man going through an intense acid experience of Mary (lily Tomlin) and all are strongly equated with a throbbing sexuality that seems to vibrate around them constantly.

If Flirting with Disaster begins with the question of the parentless child musing about his parents sexuality, it ends with the parented child interrupting sex at every chance they get, almost implying a refusal of siblings; the childs imposition is not painted as familial, its aggressive and competitive, preventing parents from doing what they want. Even if Flirting with Disaster appears to be a film about a child looking for his parents, its more about the childs imposition on the lives of parents, despite the love felt by both. The final scene of the film centres again around Arquettes beautiful body, as Stiller leans over her from behind, she is facing the camera, and the couple kiss, her languishing, him reaching, and the implication is that by staying home rather than straying he has chosen the more radical, subversive and dangerously sexual decision. In this moment, as he climbs over her, searching for her engulfing sensuous warmth, there is no child between them, and rather than an implication of marital bliss, the subtext is that no matter how bad things get, everything is worth it for this rare moment of connecting accompanied by a fleeting feeling of peace.