Posted by lisathatcher on February 11, 2014 in Film Reviews | 1 Comment 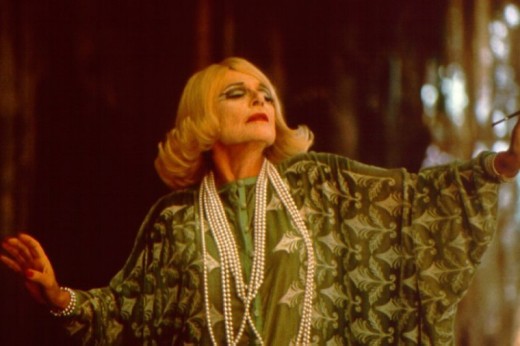 The story of Alfonso Cuarón’s adaptation of Great Expectations has become, after sixteen years and many exciting films, a perpetual essay in what went horribly wrong with this film. Cuarón defenders group together to lay ‘blame’ at the feet of Mitch Grazer, who to be fair had only the Dickens adaptation credits of Scrooged  ten years earlier to recommend him, but Alfonso Cuarón himself lays the blame at his own feet, claiming an arrogance took him over after The Little Princess, and despite having passed several times on the Glazier project, he eventually took it up ‘for the wrong reasons.’ Those reasons, undoubtedly stem from an immature arrogance of the enormously successful thirty-seven year old, justifiably built on great previous films, strangely manifesting in a desire to remake Dickens, and David Lean. When Great Expectations came out, critics were immediately condemning, possibly just as keen to see the young auteur fail as he was to ride the wave of adulation and the entire project becomes one that has brought out the ugliness in everyone. It’s a huge shame, because Great Expectations has some marvellous things about it, and isn’t as bad as everyone says, but for a crucial couple of errors that had a slight step been taken to the right instead of the left would have left us with a great film, and although Cuarón magnanimously claims he needed the film as much as Pip needed his own humbling experience, now that he’s older and wiser, I for one have no problem with easing some of the pain around the much derided project.

The problem with Cuarón’s Great Expectations lies in the title. It is so odd, that when all the characters names were changed, the emphasis on narrative arc was shifted away from coming of age, to the devastating consequences of Miss Dinsmore’s revenge, the film is pitched in modern New York, and yet Cuarón retains Dickens’ title. If only he’d thought to do a Woody Allen and give it a completely different title and pretend the source material never existed. The problem with calling it a ‘Great Expectations adaptation’ is you will immediately be compared with both Dickens, and in this case David Lean, so if you’re going to screw monumentally with a classic, you’re better to call it “Clueless” or “Apocalypse Now” or ” Ivansxtc” or “Jackie Brown.” (Or “Blue Jasmine” or “Husbands and Wives“) but whatever, if you name it and change it, you’re in for a whipping. Possibly Cuarón’s self-confessed arrogance wanted to taunt the comparisons, and this may be so, but considering David Mamet was unwilling to have his name associated with the project after he was called in on an emergency to write the narrative voiceovers (which start with “this isn’t how it happened but it’s how I remember it”) then the next name change should have been Dickens’ himself. This could have been done as late as post production, and I’ve never been sure why is wasn’t included in the films last-minute rescue tactics.

As far as the perpetually stalled narrative goes, again, this problem lies with the association with Dickens. Cuarón’s Great Expectations wants to make a dramatic departure from the original, a precedence had already been set for this style of narrative (for example in many Shakespeare adaptations, particularly in Ian McKellen’s Richard III which had been made just three years earlier which is a setting change) around this period of film making, so he was welcomed to it, but Dickens’ was never let go enough to support the dramatic changes Mitch Glazier makes to the original story. Great Expectations uses love and loss as one of its central themes, so to abandon the bildungsroman, or at least to relegate it to second place isn’t as shocking an anti-Dickensean act as one first presumes, and I am willing to hazard a guess (warning – pointless opinion forthcoming) if you ply even the most staunch Dickens society member with a couple of Sherry Coblers they will confirm that Miss Havisham is far more a thrilling character than Magwitch any day, Estella ten times more fascinating than Herbet Pocket and Pip’s devastating love life every bit as interesting (if not more) than his financial to-doings. In short there is nothing wrong with taking the love triangle between Pip, Estella and Miss Havisham to the fore, but you can’t do it and stay true to Dickens at the same time. And this, Glazier tries too hard to do.

The result? A script that never goes anywhere, even when we know what happens and what is going to happen. David Mamets voice overs, narrated by poor old Ethan Hawke for whom Great Expectations was to herald a remarkably shit decade of work punctuated only by Tape and the Linklater/Deply projects, (interestingly the same thing happened to Paltrow except for a couple of stand outs) only serve to bring the film closer to Dickens when distance was the trick that might have changed its fortunes. Looking back on the film all these years later, its much better than it got credit for and really ends up being a good film, if not a great film, one of the stand out joys being Anne Bancroft’s performance as Ms. Dinsmoor who brings a chilling elegant nastiness (as well as downright camp) to the Miss Havisham role, but suffers, as does everyone, with not enough snazzy lines to suit the performance, nor enough made of her grand gesture moments. Hawke is lovely to look at (like the film) but dull (like the film) and Paltrow doesn’t go deep enough into Estella, making her seem snide and unconvincing, another shame for the over maligned Paltrow, but she made Shakespeare in Love that year, so probably no one noticed.

What Great Expectations does do is bring some of the most wonderful aspects of the relationship between Cuarón and Emmanuel Lubezki to the fore, exemplified in the truly lovely Florida scenes. The first thirty minutes of Great Expectations is right on track, and looks, in many ways, like a grown-ups version of A Little Princess. Lubexki makes Florida look extremely interesting – I kept expecting gators to stroll across Finn’s path it has such a delicious gothic element far removed from that mouldy swampiness so many films depict. The images of Paradiso Perduto (Paradise Lost) are exciting, original and the perfect box in which to hold the enigmatic Dinsmore, who is strong enough a character to uphold the entire rest of the film. It’s when the children grow up and move away and Dinsmore exits  that the film starts to go wrong, and even so, Cuarón still manages to imbue post 80’s Capitalist appropriation of art, using his enormous intellect, despite the beauty he maintains. A deciding factor in his taking on this project was the art work of Francesco Clemente being used as Finn’s work, and the art is never wasted, many of the actors sitting for portraits with the great artist prior to filming and Cuarón completely indulging in his idea to bring life alongside the  remarkable beauty of the works. Lovely lovely lovely to look at, lots of those long shots, especially one of Finn’s racing through the rain to the restaurant table of Estella, only to drag her out into the rain worth the price of the ticket themselves.

And I don’t care how bad it ends up, It’s still a film I can’t help loving. 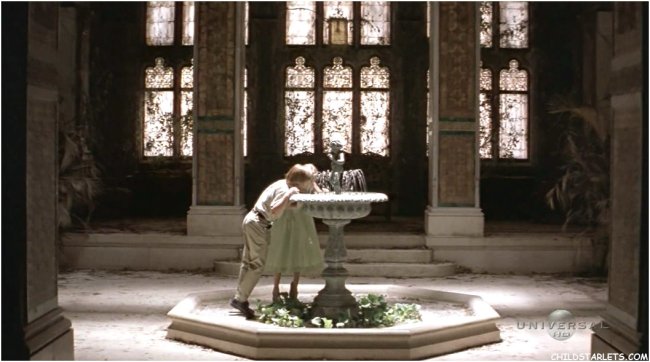 ← Bite Me – Anthony Skuse and The Voices Project. (Theatre Review) Short and Sweet – Ten minute theatre that reveals us to ourselves. (Theatre/Festival review) →