Home » Film Reviews » About Schmidt – Alexander Payne and the Odyessy of the anti hero. (Film Review) 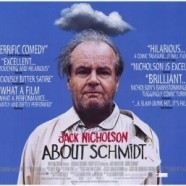 About Schmidt – Alexander Payne and the Odyessy of the anti hero. (Film Review)

Posted by lisathatcher on February 5, 2014 in Film Reviews | Leave a comment

There are many images in Alexander Payne’s films that stick with his audiences, but it has to be admitted that Kathy Bates’ outrageously sexy BBW nudity is one of the most thrilling, being one of the most audacious and confronting acts of unashamed sexual drive in the history of American cinema, and earning that actress many award nominations for bringing Anglos up to speed with a sexual maturity that absolutely refused to be defined by stereotype. If I have stated in my previous posts on Alexander Payne that he doesn’t know what to do with women, it doesn’t necessarily follow that he doesn’t like women, and if there is evidence needed to support this statement, then the unashamed passionate love Payne’s camera makes to Kathy Bates’ characters sexuality has to be the perfect embodiment of this contention. It takes a special sort of director to even think of putting Jack Nicholson into a hot tub with a nude Kathy Bates and it shines a light on the striking cleverness of Payne’s ability to play with his viewers expectations, and rightly places his third feature as one of his great accomplishments. 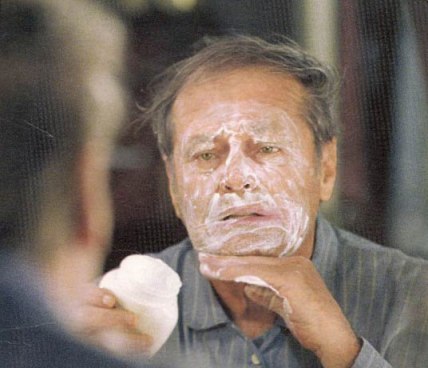 And so we come to the second of the ‘Big Three’ Alexander Payne films, included in this one the all important road trip that will feature forward in all Payne films to date, the unlikable man is still unpleasant in retirement, the impotent father, the closed off lover, the quiet rage that geyser spurts at the most inopportune moments all wrapped up in the desperation of men trying to get somewhere if only they knew where. Payne hits his stride with the image in About Schmidt, again his vision in the capable hands of James Glennon, who by now has mastered the art of breathing life into Payne’s ideas, and the rhapsodic partnership of Payne and Jim Taylor who riff off each other in their character building, turning the craft to a master accomplishment. The story of Warren Schmidt is one of a series of images that insist on interpretation and its comic structure lies in the discrepancy between the audiences appreciation of the image and Warren Schmidt’s understanding. The viewer is constantly surprised at his inability to understand what seems to obvious, and yet such clever writing in the hands of an actor like Jack Nicholson evokes complete sympathy and generosity of recognition such that every odd leap of misplaced logic that Schmidt makes, if not understandable, is at least human in its error. Warren Schmidt becomes a very real human being that we cry for, ache for and love and that we would never want as a friend. Of all Payne’s unlikable males, surely our sympathy lies easiest with Warren Schmidt. 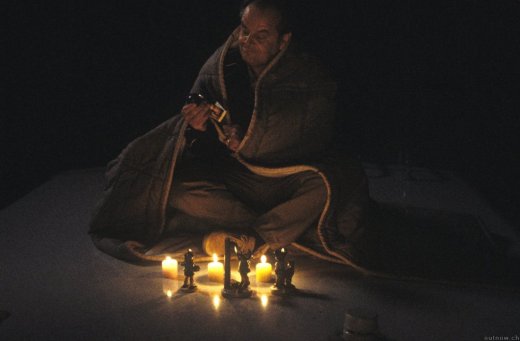 The idea for About Schmidt was actually Payne’s first script, but there is no doubt it was perfected once the partnership of Payne and Taylor was well underway. True to the passion for character that Payne possesses, it is his actor under his direction that carries the film from quaint well-made curiosity into a legendary film for the ages. The casting of Jack Nicholson was a stroke of genius, and Nicholson, sixty-four at the time, was almost never better in his career. The smouldering anger he brings is perfectly positioned against the emptiness of his character, a man so baffled by human emotion that he is caught out by every single incarnation he encounters. At its core, About Schmidt is a fairly simple odyssey tale but it is the casting of Nicholson and Bates, the scripted perfections and the attention to image that is relentless in its assault on the senses provokes the viewer into an unashamed sentimentality that somehow manages to remain critically aware. 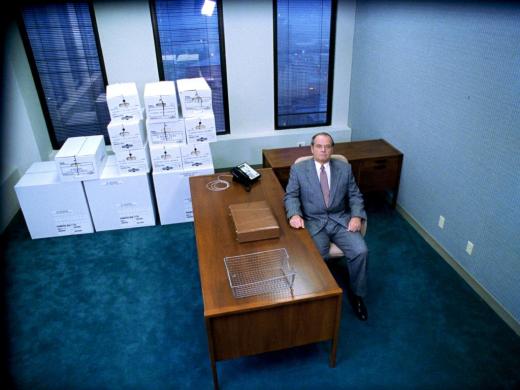 About Schmidt is also the first proper road movie for Payne, and it is on the actual journey that Schmidt will find some sort of understanding in the life transforming events he has to endure at his home in quick succession. Similar to The Descendants, the primary female lead character will be dead for the bulk of the film and say the most in her silence, making the relationship richer in the woman’s absence than it was when she was present. Payne uses objects and their connection to our understanding of our own humanity perfectly in About Schmidt, the focus on Hummel Figurines, photographs, candles, clocks and open field cut by winding roads to make statements without dialogue. About Schmidt also houses the full embodiment of another running theme of Payne’s, that of meat, meals and eating, all used in the previous films (particularly noteworthy was a moment when Ruth examines backed spatchcock on her plate that looks very much like an unborn child) but they come to a crises point in About Schmidt, particularly when posited against the child Ndugu Umbo Warren decides to sponsor because he starves in Tanzania. Bloodied, corpsy images of hacked at chicken carcasses and fatty oozing mounds of BBQ’d flesh start to appear regularly indicative of the kind of luxury that breeds laziness, a laziness of easy consumption that Payne feels is the enemy of creativity, as portrayed in Tennessee Williams essay The Catastrophe of Success that Payne regularly cites as representational of his own attitudes. Omaha features strongly in About Schmidt, in similar ways that it did in Election, but this time Schmidt is transformed by the land on his Odyssey – something that will start to happen to all Payne’s protagonists.

About Schmidt suffers from a horribly moralistic ending, which is one of its weaker points, it is really too long, and needed the sort of ending Payne worked out how to achieve in his next film, Sideways. However, even with the clumsy legacy building motifs and the charity-will-solve-everything faux morality, About Schmidt is not now nor ever will be a minor work, revealing one of those tantalising moments when the perfect actor meets with the perfect script.