Posted by lisathatcher on January 5, 2014 in Book Reviews | 1 Comment

As I was leaving his office, my right hand touched the gold fountain pen in my shirt pocket, a gift from my sister when I finished my BA. We call it la pluma de Dumbo, which is to say – because pluma is plume is feather is quill is pen – Dumbo’s feather, because until today it’s always been my good-luck charm: I’ve used it to write the first page of every one of my unfinished novels. 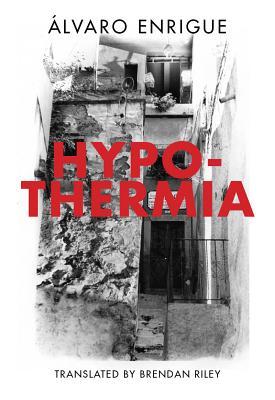 When Dante arrives at the focal point of hell, the place reserved for traitors, he finds them enclosed in ice, unable to speak. Inferno is part lament of a man in exile, part special kind of reprimand for those humans with pretension to creation, an assumed and fairly accurate accusation of transplanting the authority of God. Authors are the worst kinds of traitors, refusing their influences, chasing spurious inspiration in foreign lands and regularly succumbing to mind numbing flattery, and yet perhaps a cooler place in hell is reserved for the author who cannot and will not speak. The lack of courage in the writers stasis, in their attachment to a privileged path and in their daily silent commitments, reveal a clinging to a smooth life that is the enemy of creation and the refusal to be afraid.

Álvaro Enrigue’s author, as he sits with his ‘sad little stories’ has chosen, by finally refusing to placate his much-loved son, to begin the decent into hell, born not just of his exile, not just of the departure of his wife and family, but through his mighty pen, its random scribblings bringing him face to face with what he cannot admit he sees. Throughout Hypothermia’s multiple protagonists, the author will casually lose his family, but register it as another of the natural disasters he has to deal with, he will struggle with the irreconcilable problem of feeling more American in his home town and more Mexican in his American town, he will languish in the ugliness of his American surroundings while using his judgement to maintain a faux separation and finally, just before he can see his own death as an author, he will recognise the dark side of a country blanketed in white.

By that time he had spent several days meditating on the spectacle of the snow and the purification ritual it performs in a society that believes itself born to rule by virtue of race.

Hypothermia is, then a series of short stories, woven together loosely through the overall narrative described above. The Mexican born Enrigue lives in New York, one assumes his citizenry giving much weight to his descriptions of inter-nationality, experiences of isolation that result in a peculiar superiority that inevitably leads to shame. Of particular insight are his descriptions of this world, where one is a perpetual observer of nationality no matter where one lays their head, and despite the ensuing wit and international maturity one becomes a complex battle of comparisons that seem constantly to define by lack, or at least by what is absent. Absence is an important theme in Hypothermia, culminating in a self-imposed refusal of desire brought about by a much-loved but missing wife. It is this lifestyle, sought out to self punish as well as to resist slipping into the indulgent and impotent ease of the American suburbs that quietly makes its way to the fore in the stories, eventually to be replaced when it doesn’t lead to salvation.

He spent all his days off there: the sea is the place where we forgive ourselves for the marbles that slipped through our fingers without our understanding why.

To match this broadness of scope, Enrigue’s language, translated by Brendan Riley is equally as impossible to locate within a style or literary tradition, despite the writer being clearly master of them all. His words often create parallel worlds opposed ideas often orbiting a protagonist whose experience is elsewhere. The stories are sometimes fable, sometimes absurd, sometimes suspenseful events in and of themselves. Many change nature several times within the one story, sometimes coming to a neat or profound conclusion, and other times keeping an open-ended eye on something larger. Despite their cogency, they stand alone, mostly as beautifully apportioned little snippets of immigrant life filled with the wisdom of philosophical analysis wrapped up in the wit of a substantial writer who, despite the broad ambitions of his project, never tries to take himself too seriously. Strikingly, it is this lightness of touch that might be the key to his success, the weight of the Dante connections always hovering as a subtext rather than controlling the multiple texts in a laboured trajectory. The protagonists are all different men and the same men, their domestic arrangements are all different and yet all the same, their relationship to their environment all different and yet the same, their jobs all different and yet all the same, culminating in their journey into and out of hell all the same at different stages, each man a special kind of traitor, each man needing a special kind of redemption.

Sometimes writing is a job: obliquely tracing the path of certain ideas that seem indispensable to us, that we have to set down. But other times it’s a question of conceding what remains, accepting the museum and contemplating balance while awaiting death, asking forgiveness of the sea for whatever was fucked up. Placing our little boxes on the table and knowing that what came to an end was also the whole universe.

Hypothermia is a delicate collection, one of those rich texts that will stand up to multiple readings. It is the first of Álvaro Enrigue’s six books to be translated into English and hopefully its successful reception results in more of his translated work. Brendan Riley has provided an elegant translation and given Enrigue’s works are already being heralded as among the best of Latin American writers we are (hopefully) bound to see more work in the near future as the English-speaking world continues its passion for Spanish and Portuguese writings.

← The First Light of Evening – Mark Ernest Pothier and the beauty of solitude. (Story Review) In the Future this Will Not be Necessary – Paul Samael and the cathartic voice. (Book review) →