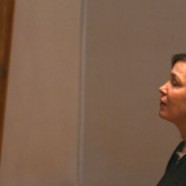 Posted by lisathatcher on December 30, 2013 in Articles, Film Reviews | 2 Comments

I said in my first post on this topic that 2013 is being touted as one of the best years for film, and after searching through archives for my “X years ago today series” (new to this blog) I can tell you we have been truly spoilt in 2013 with the wonderful films on offer. This is an interesting state of affairs given the general assumption of a downturn in the medium, and we dare to hope at the close of 2013 that film may not go the way of music (I’ll argue that more is less in music these days in another post) and cross my fingers that ‘the book’ may forge some new sort of path as it dives into digital. Even with all the electronic equipment available, it is still harder to produce a good film in the privacy of your own bedroom, access music suffers from for its lack of struggle, and we will have to see about the fate of the novel/short story/poetry etc.

Having said that overwhelmingly a desire to evoke response through image has been at the forefront of film in 2013, implying the movement combined with sound is still an intense medium even if you are watching on a computer screen, a phone or an Imax screen. Many of the films I enjoyed the most used icon or portrait to convey emotion and experimented with ideas related to the still image. I saw old masters like Hitchcock, Godard, Bunuel and Bresson in films this year, and even blockbusters were encouraged to lift their game, not in a race for the latest technological marvel (though there was plenty of that) but propelled by the desire to make a better film from whatever platform they stood on.

So enough of that rambling. It has to be acknowledged that there are films I have yet to see, and films I have yet to review here, and so this group does not include some that I suspect will be in my final favourites for the year, because I haven’t seen them yet. Also, there are films here that officially belong in 2012, but that I include because I saw them in this year or they garnered wide release in 2013. This means of course that there are favourites missing, such as Amour and Faust that I saw in 2012, but show up in other places in 2013, but what the hell – it all gets too meaningless if you try to pin it down at that level, and its all part of why I hate list posts. Finally, I’m not ranking because how do you compare these films, and ranking is just bullshit.

So in no particular order, films I will be seeing again that were released in 2013 are:

Yet to be reviewed, this is a strong contender for the best film I saw this year. 2013 can be summed up in its extended narrative, its dedication to and passion for Godard, the relationship between money and object and the remarkable beauty of the everyday image. I will see this film many more times, I loved it so much.

Comes in just ahead of Apres Mai, and I didn’t want both, but No is more universal, filled with its own irony. Another film centred around our relationship to the moving image and our questionable relationship with our political drives.

The Search for Emak Bakia

The circular progression of one man’s search for the house where Un Chien Andalou was filmed becomes a Bunuel-esque journey through a modern surrealist fantasy, all the while light and playful at heart.

Similar because of the black and white and the French New Wave homage, I enjoyed both of these films very much, though Oh Boy slightly edges Frances Ha out if I have to pick between them, simply because of its passion for Berlin and its acknowledgement of that cities creative importance over the last ten years and back even further than that.

The Act of Killing

If 2013 is the year of the image, then the documentary about gangsters reenacting their murders for film is the titular documentary for the year, but more than that, Josh Oppenheimers relationship with his study is invigorated by the enormous risks he took as a film maker as the film itself interacts with its environment. This film changes what documentary film can achieve.

One of the best cast films of the year, and Harmonie Korine’s brilliantly paced, visually lush and thrilling film about American teen girl candy.

A quite little subversive comedy that is extremely funny, beautifully edited and the absolute best art direction you will see in a film almost ever.

The Freudian psychodrama played out in the womb of Kirsten Scott Thomas is the most chilling and gripping film I have seen this year. One of those films you love or you hate with equal passion, its thematic womb red / money green combo left me reeling in images that have remained with me since.

All three of these films are sobering reflections on the human relationship with desire, delivered through a perfect cast, the image of human frailty and the perfect examination of the place where beauty and ugliness intersect. I have yet to review Paradise Hope, but Paradise Faith and Paradise Love have been reviewed, as best as I can reflect the power the films successfully convey. Brilliant films.  I loved all three.

One of those films that isn’t strictly 2013, the tragedy of Lea Seydoux’s character in this film hit me between the eyes. A perfect portrayal of children forced to be adults, and the disastrous consequences.

See You Next Tuesday

Drew Tobia’s unflinching look at unwanted pregnancy, is so poignant and harrowing that it is impossible to imagine it is also very funny. Elanore Pienta is tragically brilliant in this little indie gem of a film that passed by almost unnoticed this year. My review skips the indie film blab, but at its core, See You Next Tuesday is a clever come back film to Tiny Furniture that perfectly encapsulates the vibrant cynicism at the root of American underground filmmaking today. Comparisons to early Todd Solondz are, unusually, not out of order here.

Complex but beautiful, a film where image tells a story we cannot grasp. Shane Caruth’s second film is a beautiful study of who we are when we are controlled by something outside that we are not aware of.

The Perverts Guide to Ideology

A fantastic deconstruction of what films ‘do’ to us while we sit passively and watch. Plus I just love all these ‘Perverts’ films.

You Ain’t Seen Nothin’ Yet

Still to be reviewed this deeply interesting and reflexive film was released by a 91 year old Resnais in 2013. I knew I’d love it when I saw the trailer, and the film was everything I hoped for, including Resnais promise that cinema is just getting started. This is the other contender for best film I saw this year.

The Dance of Reality

Alejandro Jodorowsky’s sublime biopic yet to be reviewed by me. The expected imaginative flights of psychedelic fancy of old are here, as is his transformative blend of personal narrative, mythology and poetry, with objectivity far from the key. This was another film particularly loved by me this year.

Films I haven’t seen yet that I know will belong on this list:

The Great Beauty (has Lisa love written all over it), Is the man who is tall happy?, The Grandmaster, Blue is the Warmest Colour, Leviathan, Lawrence Anyways, A Touch of Sin, Abuse of Weakness and Bastards.

Oh, and if you aren’t convinced 2013 has been a magic year for film, check out the You Tube mash up below. It’s kinda spectac…