Posted by lisathatcher on October 7, 2013 in Film Reviews | 1 Comment

If the title alone doesn’t inform you Prisoners is a film about war, the opening shots leave the viewer in no doubt. A beautiful image of a deer walking a snowy path is soon framed by a forest of irenic trees as the camera pans slowly back, Hugh Jackman’s voiceover recites the Lords Prayer eventuating in a single gun shot that brings a swift, almost gentle-looking death. The image is Cimino’s central theme in The Deer Hunter, Mike being the wielder of the “single shot” that prepares him to face any challenge like a man and Nick, his best friend and alter ego, being the gentle introspective soul who loved hunting simply for “the trees… the way the trees look.” When Hugh Jackman slaps his son on the back and congratulates him for the one shot, he offers his accolade with a warning from his own father, “Be prepared”. This is no council on the daily struggle of life, rather an expectation of a kind of post apocalyptic world of survival.  The warning, already framed in the intense Deer Hunter imagery is: get ready with your one shot. The war is coming to us this time. 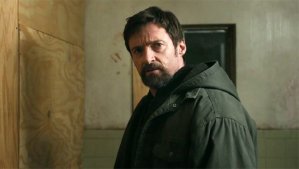 Apparently Aaron Guzikowski’s script was kicking around Hollywood for years, with various parties showing an interest in the film at different times, but for some reason it never quite got off the ground. This might account for its now rather dated theme of the war on terror, because you get the feeling the film would have packed a much harder punch had it come out five years ago. It’s startlingly obvious connections to the Abu Ghraib tortures, Jackman’s cries of “you’ve wasted time chasing me” and the overt defense of the right to bear arms are dulled with economic crises and gay marriage being hot political footballs right now – in some ways I’m so Excited seemed more politically relevant. This timing issue robs the film of a vitality that was desperately relevant, but also reveals how transitory the conversation on war really is. By connecting to The Deer Hunter, and using the war on terror as its basis, rather than tap into a universal, Prisoners reveals a lack in contemporary cultural discussion, that by accident informs us we keep missing the point when we think we are discussing the complexities of war.

Hugh Jackman plays Keller Dover (Keller is German for cellar and Dover means water… this man has some deep emotional issues) a religious man who expresses his masculinity through a protectionist attitude toward his family in the absence of an enemy. This ethic is encapsulated in a phrase he and others repeat in the film, “Pray for the best but prepare for the worst,” a phrase that can be seen to embody the spirit of American foreign relations, particularly during war-time. It is while Kellar Dover is celebrating Thanksgiving (!) with his family and their best friends and neighbours Nancy and Franklin Birch (Viola Davis and Terrance Howard) that their two young daughters Anna, and Eliza (Erin Gerasimovich and Zoe Borde) go missing. Suddenly the war Dover has been expecting is upon him.

An RV parked out the front of their homes, seen earlier and now missing is suspected to be involved with the disappearance of the girls.  When a search is started for the vehicle, Jake Gyllenhaal as Detective Loki (the norse god who challenges Thor) comes across the RV and its driver, one Alex (Paul Dano) as a “touched” young man and the girls are nowhere to be seen.  Alex can only be held on suspicion  for twenty-four hours, but upon his release, when Dover storms toward him he makes a small statement that gives Dover the impression he does know where his girls are, and this sets off a chain of events that pit the legal strategies of Loki against the vigilante revenge heated efforts of Dover in trying to find the girls. Dover will capture Alex, and it is his methods of trying to get Alex to talk that the connections to the war on terror come to a sledge-hammer-obvious surface.  Alex is Dover’s “one shot” and it is crucial he is on target.

Prisoners is successful in putting a human face on vigilante-style methods of the USA when the post 9/11 war on terror was at its height, particularly in a stirring moment when Dover cries to Loki, that his little girl is sitting there in the dark wondering why he isn’t coming to her rescue. “She isn’t waiting for you, she is waiting for me!” is his cry and we begin to get a glimpse of the self-righteous protectionist aesthetic that haunts the religious right in the US.  However, this is all presented without the counter argument, as the only opposition Dover faces is from the emasculated Franklin, a man immediately put in place by his wife. This is a silly way to deal with the maze-like problems associated with torture and unfortunately Jackman does look a little like a cross between Jean Valjean and Wolverine at times, which only adds to the juvenile subtext of the way his character’s perspective is treated.  Contrary to this, Gyllenhaal is a sophisticated underplayed detective in a performance that exudes authenticity, giving the film the strange and unexpected problem of a myth and a man in a sort of battle with each other, neither being played out fully to give the impression of two styles of masculinity at war, nor two alternate perspectives on the way to handle war, but rather a happenstance of incidences that occur on the search for the girls.

Add to this strange relationship between the two men the rather poorly conceived mystery of what happened to the girls, being unravelled without the Fincher-esque cleverness of Seven or Zodiac and you have a strange film that combines outright cleverness, with poor timing and rushed mystery writing so obsessed with mcguffins, at times objects displace people and themes.

Yet, above all, Prisoners is a stunning film to watch and there are several scenes, the aforementioned deer in the forest scene is one and a thrilling and shocking car ride to the hospital that are some of the best cinema you will see this year.  Uber brilliant cinematographer Roger Deakins gets to use all his skills in partnership with the direction of Denis Villeneuve and the team is so good, the problems that weaken Prisoners will be virtually invisible to the main stream film watching public.

Like Deer Hunter, I couldn’t quite position Prisoners message on the left or right-wing arguments, and also like Deer Hunter I think this is an accident. Deer Hunter was a left-wing, anti-war film that was so racist in its execution and writing style, that its muddled message encouraged vilification of the Vietnamese out of sheer ignorance. Prisoners writing seems deliberately settled on a right-wing defense of the vigilante Christian protecting his family, but the message becomes muddled when shown out of context of the headlining discussion of torture techniques and enemies who primarily target on home turf and at the heart of spiritual values. However, where The Deer Hunter can never be seen separate from its point, Prisoners doesn’t strike hard enough at its own message and becomes diluted into a beautifully shot hero film about a super dad.  It is in this way, Prisoners misses its crucial “One shot.” 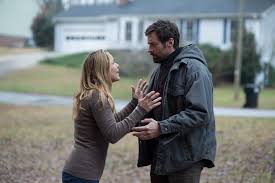