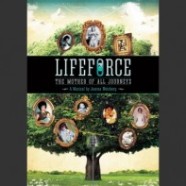 Posted by lisathatcher on September 9, 2013 in Articles | 2 Comments

Joanna Weinberg is on a roll at the moment – at least that’s how it appears from the outside. The film Goddess, based on her stage play Sink Songs was a critical and commercial hit, despite its fairly low distribution. Her previous musicals, The Piano Diaries, which is still playing around the country and Every Single Saturday, the bouncy soccer-mum musical are popular, and in many ways an anti-torch-torch-song look at contemporary life of frustrated performers / artist / women. Weinberg delivers witty lines to memorable tunes infused with a quirk that never turns to a main stream banality. Despite her usual upbeat tempo, she never replaces class with cute.

Now she has stepped forward with another very contemporary musical based on the modern-day experiences of women; indeed the experience of her dear friend, and lead in the play, Natalie Lotkin. Lotkin decided she wanted a baby at the age of forty, when she was single and “older”. It was a six-year battle to get to pregnancy, and it involved many twists and turns along the way.  It’s a story of a very contemporary conception, and a very modern woman who, with determination and a profound self-awareness, takes a very active role in the complex conception of her babies.

Ruth, a successful career woman, decides at forty that she wants to have a child. As she begins to go about the process of working all of this out (donor fathers etc) she discovers that she also wants to find her birth mother. Ruth was adopted at a very young age, and as the musical reveals, always assumed her adoption was based on rejection. She carries inside the specter of a mother who rejected her, an adopted mother who loved her but didn’t pay much attention to her and a nanny that raised her. As she allows her body to go through the grueling and often humiliating process of IVF, she searches inside for her own attitudes to motherhood. 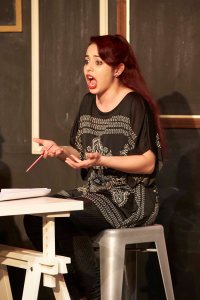 Lifeforce (the mother of all Journeys) is still the witty, well written work Weinberg is famous for, but there is a deeper and sometimes darker examination going on here. Weinberg and Lotkin (who plays Ruth) are friends and this is Lotkin’s actual story, remarkably close to her real life experience. In many ways this is a play about friendship and the deep admiration that transpires between women when they support each other. Much has been made of female bitchiness and less of the potent bond women can form when they support each other. It’s a bond misogyny has always feared, and derided. Although the connection between Weinberg and Lotkin isn’t in the narrative, it is in every clever song, in every respectful representation and in every accurate detail. There is no question Weinberg deeply admires and respects Lotkin, and that these are the feelings that drove the play to be written. This respect gives the play a depth that rounds out the usual quirky playfulness we know to expect from Weinberg, and yet it’s all still there (imagine a torch singer seductively crooning “Turkey Baster” into an actual turkey baster) but its base is the unbreakable bond between the writer and her subject.

Of course, all of this helps if you have an incredible cast. Meredith O’Reilly, fresh from her role as Grandma in the very successful Adams Family musical, plays Ruth’s imagined mother, constantly haunting her with her first rejection, teasing her about her lack of success as a “real” woman. She is a strong voice of derision, playing antagonist to all of Ruth’s thoughts, literally the “voice in her head” holding her back. Charlotte Kerr is a graceful presence, playing the above mentioned torch singer and the young mother eventually found by Ruth.  She is a quiet gentle presence among rather boisterous songs, although she really comes into her own with a very funny song about filling in multiple forms at a birth, deaths and marriages register. Tyran Parke is excellent as the young gay Joel who has been asked to be the “donor”. One of the marvelous things about Lifeforce is the detail these modern arrangements involve, and the negotiations between Joel and Ruth and they work out how much of the small child each of them “owns” are amusing and at times fraught with the inevitable emotional humanity one would expect when these sorts of agreements are taking place. At one point, Joel and Ruth’s conversations occur as a pre-nup of sorts; a warm custody battle being arranged long before conception. 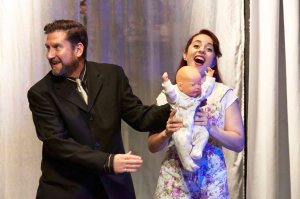 The very talented Christopher Horsey and Monique Salle round out the cast, each with their powerful voices and talent for witty physical movement. All the cast literally get behind Ruth, giving the impression of support and love, and this is part of what I mentioned above as the overwhelming feeling of solidarity the writing brings and the cast fulfill on.  This is the talented direction of Lisa Freshwater, bringing the feeling of family into this disparate bunch of characters. The final song brings this point to a crescendo, allowing the theme of support, love and caring for those we choose to call our family to come through. Biology is reduced to the mechanism; It is what we turn biology into that makes a family. At the head of the cast is Natalie Lotkin, held and warmed by the writer and the director, because it is her story we are witnessing and her story she is acting out before us. It’s a startling revelation, and one that ads a stripped back honesty to an already emotional experience. Lotkin tells her own story, through her talented friends words and songs, with a disarming sophistication. 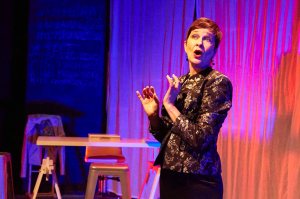 Lifeforce is another winner from the Sydney Fringe Festival.  It is showing from September 6 to 21 at The King Street Theater.  All photos here are courtesy of Richard Weinstein. 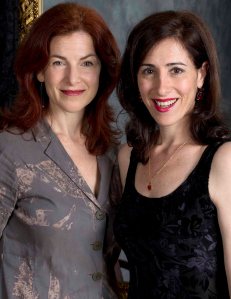