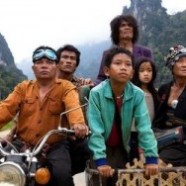 Posted by lisathatcher on August 29, 2013 in Film Reviews

If we must have feel good films these days (and we must) at least let them have a brain as well as a heart. Let them expose us to our global differences as well as our similarities without trying to ‘educate’ us. Let them inspire us without reducing our struggles to personal weakness. Let them find beauty in the ugliest corner without glossing over reality. Let them tell a ripping yarn and let them leave judgement to the viewer. 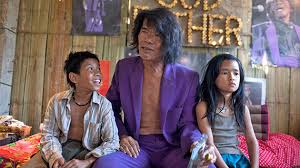 The Rocket, Kim Mordaunt’s fantastic first feature, is such a film.  Its schmultzy enough to appeal to the most ardent romance lover and action packed so as not to bore a sugar-hyped youth. It’s a cross cultural collaboration between Australia, Laos and Thailand exploring astoundingly contemporary themes as environmental degradation, culture/religion as oppressive force, institutionalized human rights abuse, and that old chestnut well documented in Mordaunt’s 2007 documentary Bomb Harvest – the life of natives among the unexploded remnants of war. (I have read that Laos is the most bombed nation on earth.) And yet with all that heaviness there is a perfect balance between comedy and the daily confront of the larger issues of life, that lightens the load of the viewer and embraces the complexities of the grey areas of life. The Rocket is filled with those moments of cross cultural confront, where you’re not sure if what you’re seeing is meant to be funny, and the eventual smile of the other fills you with the relief of recognition. 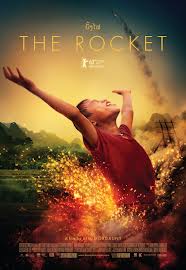 Ahlo (Sitthiphon Disamoe) is a ten year old who was born a twin. According to the traditions of his village, all twins must die because it is believed that one is blessed and one is cursed, and seeing as you can’t identify which is which, better to off them both than spend a life time living the consequences of both. In Ahlo’s case the second twin is still-born, and his mother (Alice Keohavong) fights the midwife (her mother-in-law) to be allowed to keep the young child alive, arguing that if the other twin is dead, then Ahlo is not a twin. The mother-in-law (Bunsri Yindi) agrees against her better judgement.  However by the time Ahlo is ten, he is being blamed for all the ill that besets his small village. 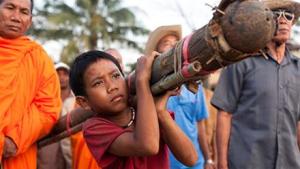 When a large Australian conglomerate moves in to extend an already enormous dam to include the valley in which Ahlo lives he is forced to move with his father (Sumrit Warin), his grandmother to a promised development that does not actually exist. Laos faces huge environmental problems because of rapid deforestation primarily due to the expanse of hydroelectric facilities that remove natives from their homes, but of course do not provide them with any adequate electricity, or in many cases a place to live. Laos has an alarmingly expanding population, and many initiatives support city living at the expense of the country are part of its rapid sustainable decline. Ahlo want’s to plant mangoes from his village that he took from a four hundred year old tree, and yet everywhere his refugee family are shuttled has such poor soil they can’t grow anything.

At this point the film takes on the unlikely spirit of a road movie, including a cast of peculiar characters (veteran actor and comedian Thep Phongam as a James Brown look-alike and Loungnam Kaosainam as a delightful young girl) and a land filled with unexploded bombs. Lush fertile valleys, perfect for the life Ahlo’s family want for themselves are revealed to be peculiar advanced graveyards, uninhabitable because of all the “sleeping tigers” waiting to go off at any time. Their search for a home will continue through the film as Ahlo starts to come to terms with his environment and its degradation being a greater factor in the difficulties his family face rather than his own curse from birth. 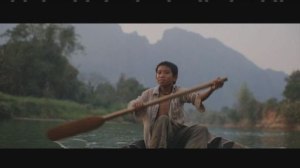 Mordaunt combines actors and non-actors in his own script, and thanks to the charming leads the heaviness of the subject matter never crushes the viewing experience, with the heart and soul carried by the street-kid-turned-actor Sitthiphon Disamoe. The uplifting resolution doesn’t weaken the films darker narrative because of the integrity of Mordaunt’s script and his informed relationship with the country he films.  But it is the intriguing and little known Laos that holds the spellbinding fascination, from its bursting mountains and fertile jungles to its ancient customs at battle with its momentous cultural change. The Rocket films where few non-natives have been, including festivals and rituals unknown to the world outside of those particular villages. DOP Andrew Commis brings Laos to life in its fecundity and beauty, an impression at odds with the countries contemporary struggles. Spectacular shots combined with Nick Meyers attentive editing, provide a searing emotional impact, leaving each audience speechlessly glued to the credits as they slowly come back to the theatre they inhabit.

The Rocket is a delight to watch and important to add to the years viewing experience. It opens in Sydney this week, and you can see other release dates here. Another similar film, Whale Rider became a sleeper success, so here’s hoping The Rocket finds its way around the globe, giving everyone a chance to taste its evocative offerings. 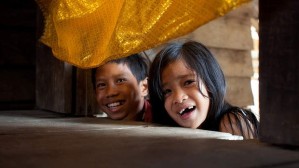