Posted by lisathatcher on August 24, 2013 in Film Reviews

Warren Ellis wrote RED (Retired-Extremly-Dangerous) in 2003 and 2004 and except for the coming-out-of-retirement plot line, pretty much the rest of the film(s) based on the comic strip have steered away from the original. Ellis was quoted as saying the comic and film had to be different because the film needed far more content than the comic did, and that makes sense. However RED can’t help looking like a baby-boomer get back at their favorite generation to criticize – every one except their own. The popcorn film world seems to have been inundated with these “we-might-be-old-but-we’re-still-better-than-you” films, with all these baby-boomer action heroes coming out to kick ass.

Like many people, I was late to RED, and saw it on my home screen. Like many people, I was pleasantly surprised, amused and charmed by the cheeky lines, the quirky Mary-Louise Parker still able to carry cute off in her late forties, John Malkovich being John Malkovich and Helen Mirren kicking serious ass and looking scorching the whole time. There was something about RED that separated it from films like The Expendables; it didn’t just have a heart, it seemed to have a brain.

Well, if I wasn’t sure of my “Baby-Boomer-Theories” with the first RED, along comes RED 2 to cement my intuitive response in stone. The first RED cleverly didn’t’ take itself too seriously, joyously dipping in and out of silliness. Given the director is Dean Parisot of Northern Exposure fame, I would have thought quirky might have risen above bad-ass. But RED 2 really does seem to be saying “See? We can do it too!” using overt cinematic violence in spades, car chases, assorted weaponry, and sixty-something muscle that beats anything under forty any day. Its just one long take of old people beating up young people over and over again. Helen Mirren still kicks ass, but in RED 2 she tends to look more like she’s about to take out Angelina Jolie rather than the fresh creation she was in the first RED.

There are baby boomer cameos, with Anthony Hopkins bringing-badie-back (actually I think he’s technically a “war baby” not a boomer) and the very great David Thewlis as a missing link on the track to searching out Hopkins. There are 40-somethings a plenty with a battle for Willis breaking out between Mary-Louise Parker and Catherine Zetta Jones made up to look older than she is, but not at all in that Benjamin Button sort of way. In between all these little bits and bobs are a lot of gunfire and a lot of violence. Oh – and of course the moment when Willis bursts in on an insane Anthony Hopkins who tells him he looks old, and then challenges him to a fist fight. Old Bull kicks young bulls ass.  Again.

Bruce WIllis looks like he fell asleep at the end of the first RED and never woke up and John Malkowich is pretty much the same except there seems to be a little less of him, which may be so given how many others they have to fit in. Its still a shame though, I like watching him in this. Where RED was quirky, fun and a total sleeper success, RED 2 takes its place as “just” another action film with all the accoutrements we’ve come to expect.

However, with all that aside, Helen Mirren really is fantastic. 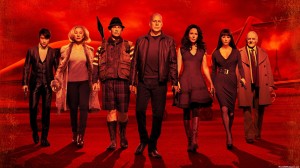