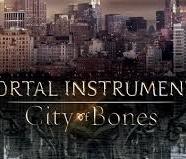 Posted by lisathatcher on August 23, 2013 in Film Reviews

It is with some trepidation that I approach a review of The Mortal Instruments: City of Bones. For starters, it is impossible to separate the film from the book and I haven’t read the book.  Also, the film has to be seen in the context of its audience.  There is no point comparing it with the Jean Luc Godard film I watched last night.  I don’t even think this is cynical film making, even though there is no question that the films sole purpose is to extract money from troubled teens longing for the day they wake up a-la-Harry-Potter and find they are a wizard despite the tawdriness of their bedroom and their family. Rather, the young teenager in me is envious of young girls these days, and I wish I’d had more books and films like these, because to be honest, I would have loved them. Or, I would have loved to see decent film version of Nancy Drew or Trixie Belden, instead of the regularly re-hashed Anne of Green Gables or Little women that suited the adults version of who they wanted their teen to be. (not that I didn’t love those books too)

Just as I love my dark auteur films (think Bela Tarr) and so many people scoff at those, I am glad these teen girls have films where brave, strong young women come into their own and develop personal power as well as a relationship. There is no doubt in my mind that these films / books are as good for young women as the superhero films are for young men, and I expect through the evolution of time, we will get better films (just as the current ones are better than when I was a teen) as these female youthful passions are taken more seriously, and even when these tweens grow into film makers (hopefully) and give us that Guillermo del Toro retrospective angle on all this “stuff”. 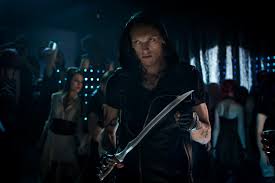 Having said all that, there are large problems with The Mortal Instruments: City of Bones. Its campy. I mean REALLY campy.  Which is ok, but I would like to see humanity evolve to a point where we can take the complicated longings of young girls as seriously as we take the complicated longings of young boys. Although, I will repeat myself here – there is nothing as camp as the early adaptations of Batman and Superman, so I am anticipating an evolutionary growth in terms of these films as well. They will get better.  Apparently Sigourney Weaver is signed up for The Mortal Instruments: City of Ashes, so that’s a great start.  Having said all that, The Mortal Instruments: City of Bones might be camp, but at least is by-passes that “super-serious” oddness that the Twilight series got all caught up in. The move is progressive, even if it hasn’t quite “arrived” yet.

One of the problems with this film is the odd treatment of the very peculiar romance between Clary (A charming Lily Collins) and Jace (an appropriately sexy Jamie Campbell Bower) who fall in love just as they find out they are brother and sister. I kept thinking of the campy way that the first Star Wars trilogy skirted around the same thing, although they basically bailed on that early theme and had Lea fall i love with Han and just ignore that Luke and Leia ever had a “thang”. The Mortal Instruments: City of Bones isn’t like that.  The love affair between Clary and Jace who are meant to be brother and sister is an on-going theme throughout the book series, and I think it tells us a lot about the type of love that young women are fantasizing about. The treatment of the start of this love affair is cringe-worthy.  To the point that Jace’s hand becomes strangely disembodied and romantically caresses Clary’s face. The acting is competent, if not inspired.  It’s the treatment, the way the scenes are approached. They need more honestly and strength to really pack the emotional punch the revelation of their sibling status applied. The way the love affair is revealed, means I already don’t want to see anymore of it.

Another essential and important theme in the book is the homage to the Island of Manhattan, and this, while much easier for Harald Zwart to pull off, doesn’t quite cut it.  We are forced to accept clunky CGI as a replacement for the important architectural references in the book, plus the idea of a secret city within a well known city that the Harry Potter film series was so able to cleverly pull off just doesn’t come through here. As I said above, I haven’t read the books, but its themes and ideas are easy enough to grasp and discover (there are many interviews with writer Cassandra Clare) and all are essential to the overall aesthetic. 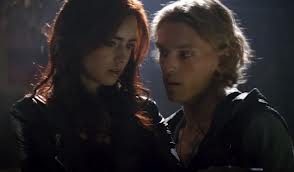 The Mortal Instruments: City of Bones isn’t quite the clunker the critics might have you think it is (when taken in the context it needs) but it is definitely a work in process. That work?  How to respectfully and honestly portray female teen fantasy. 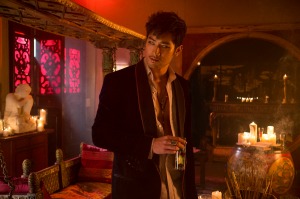 ← Paranoia – Robert Luketic and The not-so-Firm remake. (film review) The Sydney Fringe Festival about to kick off. →