Home » Articles » Now You See Me – Louis Leterrier and the magic of magic. (film review)

Now You See Me – Louis Leterrier and the magic of magic. (film review)

Posted by lisathatcher on August 8, 2013 in Articles

Do sleight of hand and cinema actually mix?  This is the central question for Louis Leterrier, who has made a film that he describes as ‘an ode to magic.’ Using existing magic tricks and making them ‘super big’ or introducing new magic tricks, Leterrier does manage to capture the glamour of large scale modern magic shows, and throws off the mantle of the strangely libidinous cliché that magic seems to carry. But surely, one of the central problems of putting magic on the screen is the contradiction between sleight of hand and special effect? Magic in a live theatre works because it can’t possibly be a special effect. Its illusion – something quite different altogether, and definitely something we have a different relationship with culturally. Illusion fascinates us and we have respect for it going in, even if we feel a competitive challenge to not be fooled. We don’t have this relationship with cinema. In fact its the opposite. We want to be fooled and feel cheated if the special effects take us out of the moment of suspended disbelief.

These juxtaposing ideas don’t necessarily eliminate the possibility of making a film about magic that is devoted to a passion for magic but they do eliminate the “wow” factor a live magic show calls forth. In a film, we need to be convinced that the people watching the magic show are convinced and that there is a reason for taking us behind the stage and creating a new kind of story about magic. We need to learn something new about the world of magic we didn’t know before; that is we need a justification for the intimacy – something a magic show never creates – even if you have the illusion that it is intimate. In other words, you can’t take a “non-film” premise and make a film about it, unless you turn the premise into a film.

This is where Louis Leterrier and his film Now You See Me slips up, and its such a shame to see a project with so much promise fall short. It has a good cast (even if I could throttle Jessie Eisenberg’s pathetic The Social Network act – UGH!  How ANYONE can get laid with that persona is beyond me) but Leterrier makes the mistake of making them magicians and not “people”, which results in thinly created, half drawn characters that we don’t care about at all. This speaks to the problem I alluded to above – you can’t make a film about magic and treat it like a magic show. The live experience would have to be captured from the magicians perspective, not the audiences, because a film viewer is already beyond the audience. (This film might have been much better as a play because of this) As if it’s not tedious enough to sit through constant “shows” of performers we might be interested in but have never been fleshed out, couple this with a convoluted plot line that IS strongly connected to a very human story, and you have a very frustrating exercise. The Plot should have been more developed, and instead gets a broad brush stoke of an experience so that we are – again – left in the realm of live show audience rather than film audience.

Add to this the very real “sin” of using contrived sequences in a film about magic to develop an underwritten plot and thinly drawn characters and you have a bit of a mess. I say only a bit of a mess because there are some really great things about Now You See Me.  Its glossy – really glossy and that does give a kind of elevation factor to the tinselised world of magic that those of us who don’t go to Vegas regularly to see shows will appreciate. The cast all do well with what they have, but the start of the film really overpowers the rather peculiar second half, because we are watching the four horsemen and learning more about them. But just when we start to fall in love, Leterrier whips them out from under us and we are forced to connect with Michael Caine and Morgan Freeman a little too late. The stories needed to be interwoven earlier, and as I said above we needed to know more about everyone. Those shots of people picking up their kids from school, caring for an invalid parent, rescuing a stranger in a corner store heist, walking the dog, jogging and commuting might seem to be filler crap, but they do work in connecting us to a back story that gives our overactive minds a chance to fill in gaps and race at the pace its going to travel whether we like it or not.  When you deprive us of any version of that stuff, we don’t give a shit about the people we’re watching. 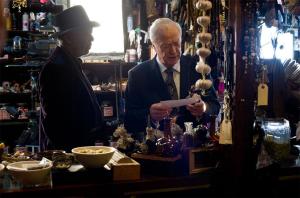 As for the magic in Now You See Me, it does exist, but it isn’t in the film’s biology. It’s in the tricks – well some of them. The Woody Harrelson mind games are lovely and for some reason I did exhale a sigh of relief every time Ilsa Fisher was on the screen – but maybe she just brings that out in me. There is a silly police sequence where magic is used in impossible ways that underlines the problems between the live show experience and the film experience mentioned above, but for the most part the tricks are fun and enthralling. Leterrier, uses real magic tricks in the show, but this lovely fact is completely lost in our relationship to the film medium. The special thing about magic is sleight of hand, the fact that your eyes are deceiving you. This is impossible to recreate in  the cinema and as a result, we are forced to examine the film behind the magic tricks.  Which is a shame, because I wanted this film to be good, before I saw it, while I was watching it and when it was over. 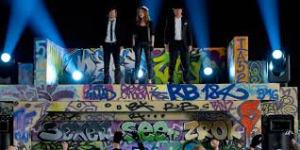