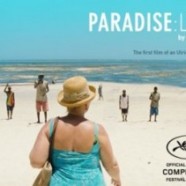 Posted by lisathatcher on July 7, 2013 in Film Reviews | 2 Comments

Paradise: Love is the first in the ‘Paradise Trilogy’ put together by Ulrich Seidl, released in late 2012 and early 2013.  The next two films in the series are Paradise: Faith and Paradise: Love. 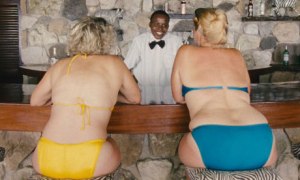 I met a female Australian sex worker a couple of years back who was one of the speakers for The Scarlet Alliance, an organization seeking to legitimize the sex trade as a viable work place. It was there that I learned so many interesting and important things, not the least of which is that sex workers are excluded from every single formal conversation that involves them, and that they are the last resting place for every prejudice, every societal ugliness, and every economically exploitative idea a society ever had. Part of what ‘legitimizes’ Ulrich Seidl’s film Paradise: Love for me was the constant reminders I experienced while watching the film to the conversations and public statements I heard while listening to sex workers. 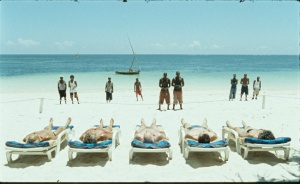 Another interesting point that kept cropping up in my mind as I watched Paradise:Love is the strangeness of desire and it’s peculiar, contradictory messages. I was thinking about the difference between (some) male and female sex workers and their clients.  Stereotypically, men go to prostitutes for unemotional, baggage-free sex. In other words, they pay women to act like men. Women go to prostitutes to play at being lovers, and offer money for “other” things so that the delicate facade of love is never titled off balance. In other words, women pay male prostitutes to act like women. Of course, all of this is a generalization (and sex workers would argue men and women don’t ask for those things as often as we imagine) and plays only to our puritanical opinions of what happens between a prostitute and their client, but what is happening when these stereotypes are played out? Why does a male need to pay a woman to stop acting like a woman?  Because it is about the facade of masculinity, not sex, and not love. It is the same with the female. You pay a male, to ensure he won’t act like a male, so that you can experience the facade of fully expressed ‘femininity’. 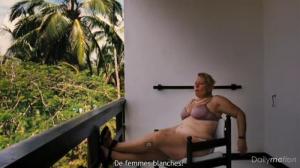 Understanding the role power and self-deception plays in prostitution helps us understand Ulrich Seidl’s film a little better, and we are better able to see it as a film with a deep connection to humanity rather than a cold, unemotional gaze intended to criticize the viewer. This is a film about desire and its inability to be fulfilled and it’s accompanying dissatisfaction’s ability to exploit and colonize. It is not a big surprise that the theme of desire, driving and unmet, emerges as one of arts most important themes in an acquisition-based culture like ours.  The fulfillment of desire has become the basis of the contemporary Western lifestyle. The nature of desire is its inability to be fulfilled.  It is our drive toward it and its inherent lack that make it the perfect commodity. What you want, you want more than anything. You will continue to want, even after you purchase, because what you purchased has not satiated your desire.

This is something Ulrich Sedl feels very close to. He films what he considers to be real life observations. He want’s his protagonists to look like real people because this information is so difficult to understand, so antithetical to all we wish for, he removes any barrier between the viewer and his point. For a great part of the film, the incredible Margarethe Tiesel is naked or close to naked. We literally see her unmasked. Her body is large and old and drives hard against the viewers stereotypes of desire, and yet she is desire personified. She is a sugar mama; an older woman who has traveled to a German friendly resort on the beaches of Kenya specifically to have sex with very attractive, very young Kenyan males.

Paradise: Love opens in an amusement park.  It’s easy to forget the striking imagery of the opening sequences because the rest of the film is so powerful and the images so unforgettable.  The opening credits roll, and suddenly we are looking at still dodgem cars waiting to be powered up. Each car has a driver and the cars look eerily still against the lights flashing behind them. The camera moves to a shot of Tiesel standing still at the edge, a smile on her face, hands behind her back, and a mural of a tropical island behind her. While we watch her, the music starts and we understand the cars start to move. But what follows is shot after shot of closeups of the drivers face, and they are all mentally handicapped people. In the background are screams from one or a few of them. Are they screams of terror or pleasure? Some mentally handicapped people are sitting on the side clapping their hands or covering their eyes, the same tropical mural behind them. Tiesel is standing on the edge shouting instructions to people who can’t hear or are incapable of hearing. We watch with a confused sort of horror rising in the chest as we can’t tell if pleasure or pain is happening. The camera flashes to Tiesel again, presiding over the events, this time with a mural of New York City behind her, a smile of satisfaction on her face. The scene is disturbing and unrelenting, and in many ways, the perfect precursor and summation of what is to come.

It’s the close up that is the key to Seidl’s work.  He spent many months in Kenya, getting to know the young men who offer themselves to the older women as prostitutes.  When we see the women sitting in their bikinis, the wall of rope separating them between local exploitation of tourists and their potential exploitation of the young men who need money, these are real phenomena Seidl discovered as he got closer and closer to his subject matter. As the women venture over the rope to swim or walk (or make themselves available to the men) the men swoop down with local artisan wares to offer.  This is the first in a relentless series of exploitative moves as power is transferred via sex and money between the women and the men until ultimately the process has corroded the human qualities they were each trying to deny in the first place. As we watch Teresa (Tiesel) in her earlier moments, her nudity is beautiful and striking. As she slowly moves through her various experiences, each time trading more and more of her humanity in her disappointment over unmet desire, her naked body becomes ugly and terrifying. The film is worth watching for this brilliant transformation alone, regardless of the power of the rest of the film.

But the real power of the film is the unspoken subtexts of black v’s white, male v’s female, fat v’s skinny, rich v’s poor, the colonizer v’s the native. The commentary is universal, but unmissable and striking when you have a large white rich female exploiter and a poor black cynical male victim. If the roles were reversed the message would be lost in a sea of tropes, stereotypes and offensive assumptions of male superiority. All off that is stripped away with Seidl’s penetrating gaze, Ed Lachman’s photographic clarity and the refusal to turn away.  The women dance around the cheezy resort, shown warts and all, singing Hakuna Matata with the childishness only a tourist thinks carries any dignity. Toward the end of the film is a long shot of an orgy where a series of drunken, verbally abusive women challenge each other to give a young black male an erection. Its a shocking scene, filled with depth and confusion because we have had moments of sympathy for these lonely women, but nothing can forgive their appalling behavior. 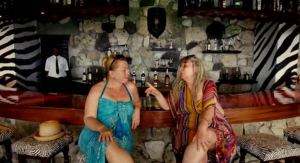 The commodification of desire is a journey we are all a part of, and it is filled with dire exploitation, colonization, desperation, cruelty and hatred born of self loathing. Paradise: Love is a truly brilliant film you will probably only be able to sit through once in your life. But you will not be able to look away.