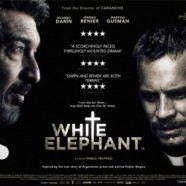 Posted by lisathatcher on June 11, 2013 in Film Reviews

White Elephant is showing at the Sydney Film Festival.  You can get your tickets here.

In our current global cultural discourse, it’s difficult to talk about priests without subtext. Yet not every priest can solve the problems of Catholicism, just as Priests have not been able to solve the problems of the world they engage with. The question of their role becomes problematic. As is repeatedly stated in White Elephant, you are part of a system – but which system is that precisely and what is the intended purpose of the role a Priest ends up playing?

Pablo Trapero is a director who likes to take a snapshot of “life” and remove intention or subtext as best he can. With films such as his 2011 Carancho, the intention is to “show not tell”. Meanings and layers are for history to determine. The film will mean different things as it is watched by different audiences. In this way, he is unbound by time.  No political – and yet every – political inference is included in his work. His task is to capture a moment as faithfully as he can (faithfully being different from “truthfully” or “accurately” – and indeed much harder) so that it can be seen through the skewed perspectives each generations narrative imposes upon the work.

In a way, it’s a Beckett-ish style of “waiting for Godot”.  His characters live. Their various ideologies end up being meaningless as we all wait for what might be coming. 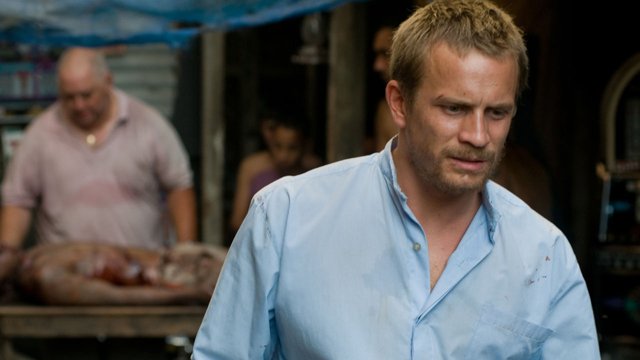 This he achieves as successfully as can be possible without moving to a documentary with White Elephant. This is a fascinating film, because you get the sense while watching that you are seeing something important, but it’s very difficult to pin down what that is or why that is. That is because Trapero’s experimentations belong to the infinitesimal moment that speaks the entire universe. His aim is to recreate a happening that is as timeless as every moment lived.  Trapero baits this with a film about Priests (!) and setting the film in a slum that sits in the gigantically petrified shadow of the uncompleted TB hospital in the toughest shantytown in Buenos Aires.  The building is known as the White Elephant.  It is not a ruin however, because a ruin holds the ghosts of what have taken place in its halls. Magically, it is a frozen moment that has never been completed, partly throbbing with a promise of what might have been and partly worm infested with the pathetic realization all hopes are lost. Like the White Elephant itself, we want to impose rationality on the film, the place, and like the White Elephant, the film refuses to budge, leaving us constantly frustrated in our search for meaning.

There are teasing parallels everywhere – just like life, there is meaning if you want to impose it on the moment. There are two priests, one who offers faith, and one who offers action. There are the baptised and the drug addicted.  There are buildings that can’t get built because of endless cycles of red tape. There is a church that will only offer mystical guidance refusing to get involved in the day-to-day, while being willingly involved in the bureaucratic red tape that halts construction and the flow of wages. There is sex versus abstinence. There is the Priests dilemma of partaking in martyrdom to the miraculous, while he knows his fatal illness can’t be cured. There are children on the brink of adulthood who teeter on the precipice of good and evil. There are drug lords who want peace. There are violent erratic police who impose chaos. There is the determination to create life among the ruins of buildings that die before they’re complete. The list goes on and on. If you need your moment to mean something, the choices are endless.

This film opens with images of Father Nicolas (Jérémie Renier ) hiding and watching while the village he served is slaughtered in the search for him. He does not offer himself up, as he will be killed.  Instead the natives are killed. While it is almost certain they would have been killed anyway, Father Nicolas feels guilty about what has happened, and throughout the course of the film it will affect the way he practises his faith. He moves from a transcendental state to a place of immediacy. In the slums under the White Elephant, he is willing to put his life at risk for the locals. He is willing to mediate in the drug wars.  He is willing to forsake his vow of chastity and sleep with a woman he is falling in love with. At the same time, Father Julian (Ricardo Darin) has a terminal illness and needs to find a replacement for him so the poorest of the poor are not left without a shepherd. He will not get involved in their local drama.  He has seen it all many times over, nothing comes of it but lost lives, and he believes the church must be a symbol of something that is hinted at in the perfection of each Priests life. And yet when asked to participate in a martyrdom that implies prayers to the deceased Father Mujica, he is conflicted knowing he will soon die.  Luciana (Trapero muse Martina Gusman) is a social worker who is trying to keep construction moving in the slums so that people will have real homes. Rather than solving problems, her day to day dissolves into fighting endless bureaucratic dramas that never go anywhere until, finally she is accused of being as corrupt as she defiantly isn’t. To the people she wants to inspire, she might as well be another leech.  No one gets what they want, everyone is using the poor, and everything is an endless revolving cycle of inertia with lives lost as a casual part of the day-to-day. 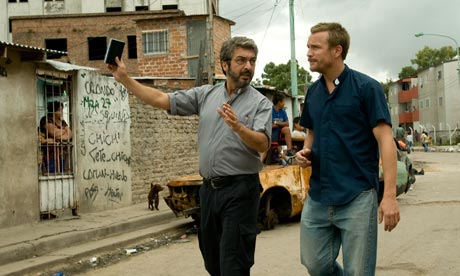 This, claims Trapero, is how it really is.

White Elephant is showing at the Sydney Film Festival.  You can get your tickets here.

← The Search for Emak Bakia – Oskar Alegria and the search for the clown within. (SFF Film Review) Final Cut Ladies and Gentlemen – György Pálfi and the film of 500 films. (Sydney FF Film Review) →
Loading Comments...