Home » Film Reviews » I am Divine – Jeffrey Schwarz gives us a “What’s-not-to-love” look at the most beautiful woman in the world. (Sydney Film Festival Film Review) 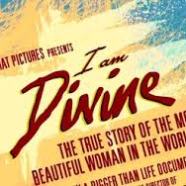 I am Divine – Jeffrey Schwarz gives us a “What’s-not-to-love” look at the most beautiful woman in the world. (Sydney Film Festival Film Review)

I am Divine is currently showing at the Sydney Film Festival. You can get your tickets here.

As far as documentaries go – and I’ve seen some very well made documentaries at the Sydney Film Festival – I am Divine isn’t particularly well made, but then Jeffrey Schwarz isn’t really out to make it big as a film maker . Its formulaic, which seems ill-fitting for a performer, who if you wanted to sum him up in one word, it would have to be “anti-formulaic”.

What is also rather odd, is that Glenn Milstead’s one aching desire (as revealed by the film) was to be recognized as a character actor and a performance talent – not as “Divine”. The Divine moniker was something he used in early life, having fallen into it because it gave all the “oddness” about which he was unwilling to compromise (overweight, gay, wigs and makeup) a place to fit where he could make a living. To label the documentary “I am Divine” – although done in homage and a charming reverence – is to go against what Milstead longed for all his life. That longing was to be taken seriously as a major talent. When he tragically died of an enlarged heart (similar in symptoms to a heart attack) he was literally days off beginning a role with Married with Children in which he was not Divine but a man playing a role as a man. According to the rather plastic vignettes of his friends and those close to him, this was his happiest hour because he believed he had finally received a role that would separate him from Divine and reveal his true talent.

When all of this is taken into consideration, rather than a documentary, this is more of a fan film made for fan’s of the Divine persona, rather than a real look at the man called Glenn Milstead. To  Jeffrey Schwarz’s credit, he removes himself and lets it all be about Divine, and it must be acknowledged the film never pretends to be anything other than this, but it isn’t until you watch I am Divine that you realize how much is missing and a sort of longing evolves to see more of Glenn. One gets a strong sense from the film that he was tired of being known as Divine – and this is a common experience of those who suffer from typecasting. (I’ve heard some very funny stories about what Sean Connery and Carrie Fisher had to deal with when the world wouldn’t let them leave the roles of James Bond and Princess Leah) Because of this, and because of how important and brave he was in his performances, it seems a shame to continue with the typecast into his death. Particularly when this is a person who exploded the boundaries of what is acceptable and what is stereotypical.

But stereotypes are hard to shake – just ask Meg Ryan – and it seemed once we got our head around “Divine” we wanted to colonize and consume Divine till (s)he was domesticated. However, that is what fame is, a virtual handing of control of your persona over to a public who will be mean if they hate you and worse if they like you. And there is no doubt that Glenn wanted to be famous. The Divine persona was both obsessed with the superficial and laughing at the superficial and as we discover in the film, Glenn’s lifestyle was consistent with his need for superficial fame. But underneath that display was a warm-hearted man, generous with his belongings and far more conciliatory with the human creature than his on stage persona would suggest. A lovely part of the film focuses on his relationship with his mother, his parents disowning him when he came out, working through to the way he opened his arms and accepted them as soon as they asked for forgiveness. (years later) Glenn made it easy for them to embrace him, once they accepted who he was.  He carried no resentment and no bitterness to his great credit and was fortunate enough to share a lot of his life and time with his parents before he died. He had the presence of mind to know that he wanted his mother, and the generosity to reach for her when she made her apologies.

Also warmly addressed in the film are the pre-fame-John-Waters days when hair was getting further back on the head and dog shit was on the menu. John Waters is our primary interviewee, and he speaks in a warm animated fashion about his time with Divine. As is fitting in a film that celebrates the Divine persona of Glenn, the bulk of the film is reserved for this period, concentrating on how the persona was born and what aspects of it were really Glenn – at least as far as the drug-fucked memories of his eclectic and courageous group of friends can remember. As John Waters says at one point, “It was illegal to be gay back then, but it was also more fun.” 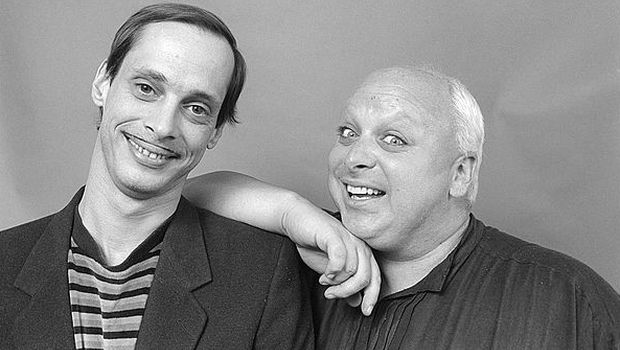 Possibly my favorite moment from a film that is mostly a surface level affair – still fitting for an adoration of Divine – is a comic moment in stand up when Divine walks out onto a stage, grabs the microphone and says “I give blow jobs to serial killers.”  the audience laughs and cheers. Then in a remarkably well-timed piece of cutting societal insight, (s)he says “I eat white sugar.” And the audience sit there stunned, one person saying “I can’t believe she said that.”

I am Divine is currently showing at the Sydney Film Festival. You can get your tickets here.