Home » Film Reviews » Blackfish – Gabriela Cowperthwaite with a “just the facts” look at the dark side of SeaWolrd. (Sydney Film Festival Film Review)

Blackfish – Gabriela Cowperthwaite with a “just the facts” look at the dark side of SeaWolrd. (Sydney Film Festival Film Review)

Posted by lisathatcher on June 6, 2013 in Film Reviews

Blackfish is currently showing at the Sydney Film Festival.  You can get tickets here. 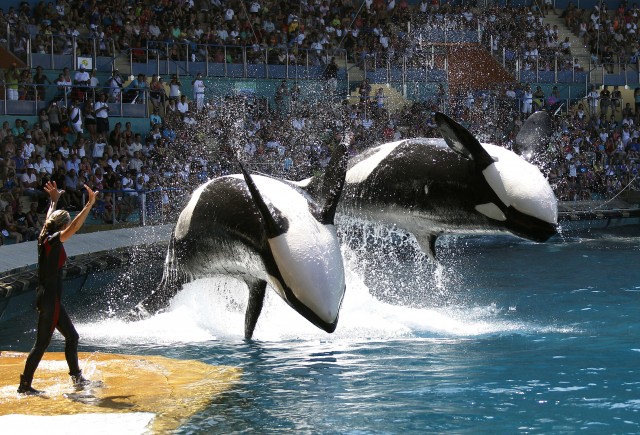 Gabriela Cowperthwaite is not a film maker activist. She was driven to make Blackfish after the death in 2010 of highly skilled trainer Dawn Brancheau who was killed by the orca Tilikum after one of the shows at Sea World. What has always appeared strange about the Brancheau incident is the defensive stand Sea World have taken in response to the death when it was always assumed we were all on the same side about the relationships with between orcas and man.

Blackfish is a documentary from the perspective of a person who knew nothing about Sea World, orcas and the world of trainers other than the love we all share that comes from the combined experience we are able to witness. I went to the Australian versions of Sea World as a child, and like everyone, left with dreams of swimming with orcas, entranced by the natural beauty of the underwater world and the ballet-like relationship the trainers had with “their” whales. I took the tours that informed me about the life of orcas, and I cued up in the gift shop to take home a cuddly orca toy. As our understanding of animals, the stress they experience in cages and demise of circus performers made its way into the collective consciousness, I saw for the first time that it might not be in the animals best interest to be caged for our viewing pleasure. However, like Gabriela Cowperthwaite my experience of the orcas never went beyond nescient common knowledge.

It is from this position that Cowperthwaite makes her film which played to great success at the recent Sundance film festival. A remarkably intelligent film maker, she is completely aware of the pitfalls of trying to convince an audience of a position in an argument that will awakening the inner teen leaving us reactionary. Her aim is to tell a truthful story, to supply facts where they have been missing. It turns out the story of the death of Dawn Brancheau is not Dawn’s story, but rather Tilikum’s story and it begins thirty years prior to the incident that caused Brancheau’s death. It is a story that has far-reaching implication for Sea World, including issuing a challenge to them, not to close down, but rather to transform in response to modern knowledge of orca brain formation and marine neuroscience. We are talking about a two billion dollar industry when we talk about Sea World, so the transformation is defiant, but it is not impossible. 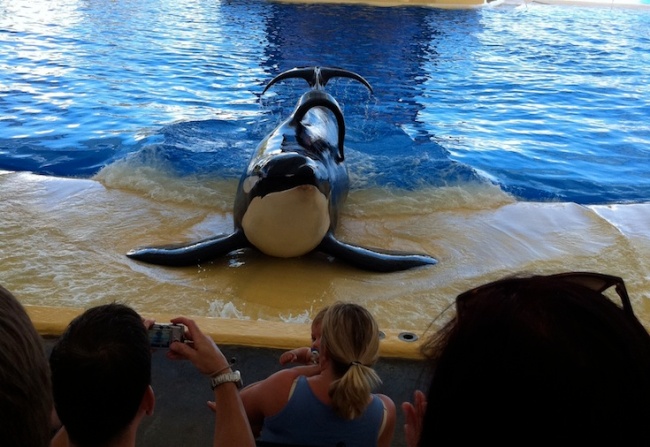 Blackfish is the painstaking compilation of research and evidence as a fascinated woman, with no preconceived ideas finds facts that cannot be refuted. Sea World were invited to have their say, but in the end refused – something Cowperthwaite ended up being grateful for, because the piece is not intended to show both sides of a particular argument. It is the meticulous piecing together of an orca’s life, with commentary from scientific experts that attempt to understand why a whale like Tilikum, most of his life spent in captivity, would suddenly turn on and kill a trainer he worked with calmly and happily for years. The answers to these questions emerge as obvious when all the piece of the puzzle are placed side by side in chronological narrative so that in the end what is the most shocking about Brancheau’s death is that there haven’t been more of them. Among this chronology are the warm-hearted testimony’s of ex-sea world trainers whose passion for the animals they work with sadly can’t compensate for the lack of or antiquated knowledge and data they are supplied regarding the animals. It is desperately sad to see these good-hearted, caring people crying on camera saying “I just didn’t know.”

In a fascinating interview with Cowperthwaite in Indiwire magazene, she describes some of the lengths they went to in their search for the details in the compiling of Tilikum’s story. The viewer comes face to face with how remarkably little the human race knows about orcas – holding them in water pens starts to look a little like bringing King Kong back from the island in his stage cage; Sea World starts to look more PT Barnum than scientific ocean park and the uncomfortable feeling that we have been duped by our own sleepiness begins to take over. Telling is the story of Tilikum’s capture back in 1970, the remarkable John Crow relates the incredible circumstances surrounding the controversial theft of baby orcas in Puget Sound. Cowperthwaite had this to say about finding him:

“He’s an interesting story, John Crowe. I found his name from one of my researchers. I said that I need someone who was there. He said there was this one guy John Crowe but he’s probably dead. So I called every John Crowe in the Pacific Northwest. There were like 50. Most were the wrong number. Finally I got this guy in Newport, Oregon. I said, “Is this John Crowe?” and he said, “What’s left of him.” I knew at that moment it was the guy. He was like the fisherman from “Jaws.” He’s spoken about [this story] a few times before and it’s something he can never shake. He’s very emotional about it.” (Indiewire Magazine Jan 2013) 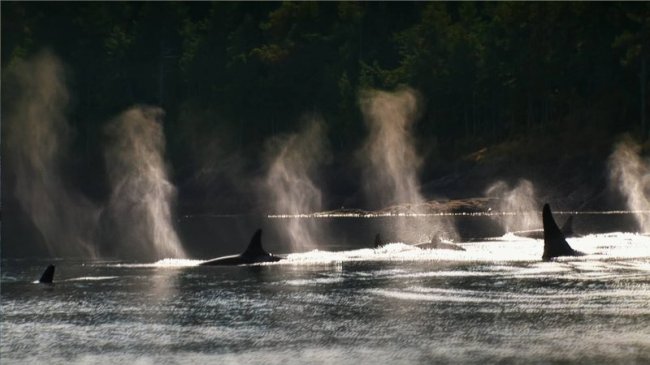 Blackfish is not an activist film. Cowperthwaite did not work with the activists, choosing instead to look at facts in as clear and concise manner as possible. What remains is a heart wrenching film that will change the way you look at animals in captivity, leave you in love with orcas the giants of the deep, and send you running home to hug your pets.

Blackfish is currently showing at the Sydney Film Festival.  You can get tickets here.