The Hangover 3 – What’s not to love? (film review)

I saw The Hangover part three earlier this week.  I took a demographically appropriate eighteen year old white male along with me, and he laughed all the way through, as did all the people around me, and claimed the film to be an almighty success by the end. As for me, I laughed also and for the most part was relieved they didn’t go the route of Part 2 and just rehash the previous script, even if I saw the “plot twists” coming a mile away. I had as good a time in the end as I did with the first one and a much better time than I did with the second. 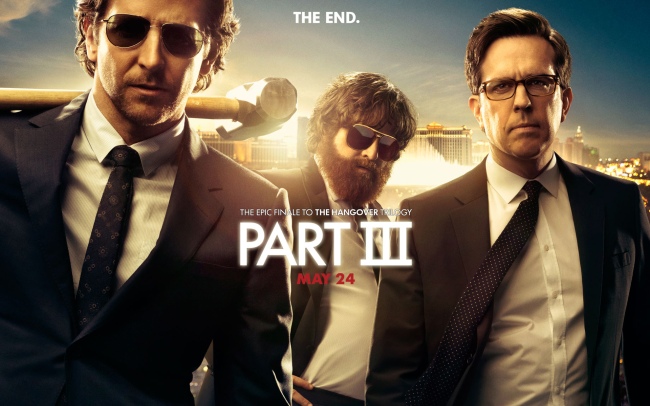 What half surprised me, is the abundance of poor reviews. I think the Rotten Tomatoes split between the 25% rating from critics and the 88% rating from viewers tells us a lot about who might have sold their soul to this franchise at some point. The bottom line is, no matter which way you want to slice it, The Hangover part three is a great version of more of the same and if you think it is so much worse than the first one, I suspect it is because you’ve just discovered the Emperor has no clothes.

I was far more surprised that the franchise received such rave reviews to begin with. It was a great film for laughs and fun – and I don’t want to take a thing away from its devoted fan base – but it was always a white middle class pandering to capitalist desire pointed directly at males, deceitful in its intentions and successful in its outcomes. I argued in my original review it was not well written (just satiating) but that none of this mattered because film quality wasn’t central to its “oeuvre” nor to its obvious play for box office capital. I also argued that it was the same film as Bridesmaids – and  true to that statement, in part three we have the appearance of Melissa McCarthy to seal the deal. (yes I know Bridesmaids came after the first Hangover) The American Pie franchise, The Hangovers ten-year older brother, went down precisely the same path. It’s primary goal is to part males with their money by flattering their unobtainable desires. And what’s wrong with that?

Nothing if you see it coming. 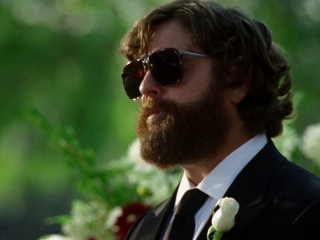 The third film perhaps has a little too much Leslie Chow, definitely best left as a subtle pleasure, and OK the giraffe head through the window might have been a tad gross, but the laughs come just as thick and fast as in the first. I think the problem here is one of ego gratification. The difficulty of guilty pleasures is that eventually you are going to feel guilty  for having indulged – it’s also one of the cornerstones of living in a capitalist society. You will feel guilt for purchasing things that are bad for you or beneath you from white bread, through to The Hangover franchise. And just like every capitalist purchase that serves no purpose other than to perpetuate sales, if you take it too seriously, at some point you are going to start to suspect that you’ve been ripped off. Or worse, that your desires have not been met. The only antidote is to grab a coke or switch on the TV.

Which brings me back to bad reviews.  In this case, they say more about being sorry I ever bought the first one, than really having any problems with the third. Fortunately Todd Phillips is going to act benevolent parent and stop producing these films so no one can be upset that they bought a ticket expecting something no film sequel can ever (nor should) produce: The exact same feeling I got when I watched the first one. The Hangover part two has a more legitimate cause for complaint as the cynical rehashing of the same script was too overtly disrespectful to the audience, but the third doesn’t suffer from this problem. Some of that 100 million dollar budget was spent on script development.

So in the end, it sort of comes down to this. If you loved the first one, you deserve the third one, so suck it up. If you are foolish enough to be disappointed by a film like The Hangover part three, perhaps you need to examine your expectations around films like this and what you thought it could possibly provide you? We have two great comedians in fine form here, one handsome academy award nominee who is a competent straight man, a hint of bare breasts, shots of small penises, animal cruelty, hot strippers reformed by ‘the right guy’ (strippers who stay hot even as wives), car chases, simulated masturbation, immediate wealth, white middle class socially sanctioned drug use, and cock-fighting.

What’s not to love? 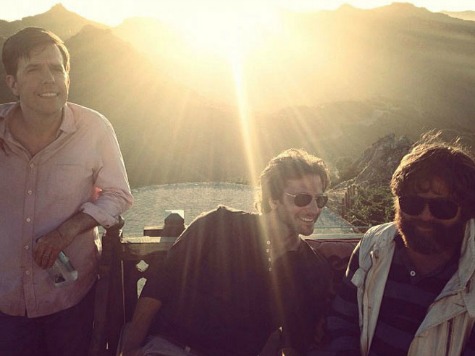